Hisense TVs now sit on store shelves beside models from some of the most established and admired TV manufacturers. In 2020, it has ditched OLEDs in favour of the QLED sets that Samsung also prefers and, as is the norm with Hisense, its new range of QLEDs are some of the cheapest money can buy.

TVs that cost less than the popular competition have got Hisense a seat at the table, making it the fifth most popular TV brand in the UK. But low prices will only get you so far and, in previous years, Hisense’s seat has been more like the folding chair you drag out of the spare room when you have guests than the padded luxury offered by some of its rivals.

For Hisense to bump Panasonic or Sony out of the top four, its latest TVs need to surpass their predecessors and deliver Best Buy quality.

We’ve tested all but two of Hisense’s 2020 range, from its top-end QLEDs down to its entry-level sets, and compared them with similar TVs from the big brands to see if 2020 is the year they can match or even beat them.

The best TVs of 2020 – with more than 150 TVs reviewed this year alone, we know which ones are worth buying

We’ve looked at the price of and technology in Hisense TVs and some of its archrivals to see if there’s a clear difference.

First, let’s quickly explain what QLED TVs are. They use a backlight, just like LCD TVs, to create the picture, but they have an extra layer of quantum dots, which are designed to create more vibrant colours.

In 2019, Hisense chose OLED technology for it’s most high-end TV, but this year its opted for a QLED display. Samsung is the only other leading brand to favour QLED tech over OLED.

QLED TVs are usually cheaper than OLEDs and that certainly sticks with Hisense’s habit of making the cheapest TVs possible. 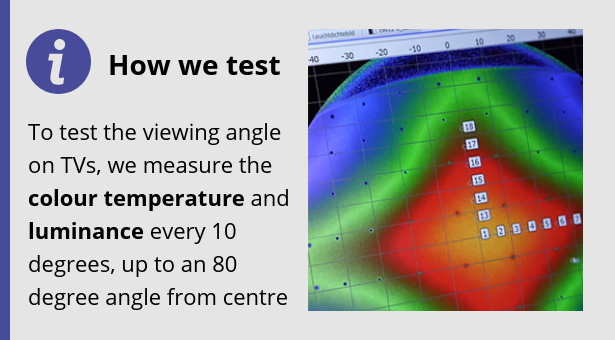 How are the two QLEDs different?

In design terms, you’d have a hard time guessing which of the two TVs we’ve singled out cost £799 (the Hisense) and which cost almost twice that at £1,499 (the Samsung). Hisense’s pointed silver base is reminiscent of Samsung TVs from a few years back and the striking metallic design has aged well.

Features don’t really explain the huge gulf in price, either. The significantly cheaper Hisense supports four HDR formats, including the two most advanced ones: HDR10+ and Dolby Vision. Samsung only has HDR10+.

Both have PVRs, although you can record two different shows at once on the Samsung and only one on the Hisense. We liked the remotes on both TVs, too, but again Samsung has the edge in terms of overall ease of use. Its menus are slick and more intuitive, but few would pay £800 more for a TV that’s only benefit is a simpler menu structure.

Perhaps it’s the implementation of quantum dot technology that sets these TVs apart then? As the breadth of Samsung’s QLED lineup increases (it released seven ranges in 2020) the quality becomes less of a certainty.

A ‘Q’ in a Samsung model name used to all but guarantee a Best Buy score, but now many miss the mark. Still, the Q95T is part of Samsung’s most high-end range, so if you were to see the true colour-boosting benefit of quantum dots anywhere it should be here.

Can the same be said for the Hisense? It too is a top-of-the-range TV, and with only two QLED ranges to focus on it may have got more from this technology than even the mighty Samsung.

Read our reviews of the Hisense 55U8QFTUK and the Samsung QE55Q95T to see which brand has made the most of quantum dot technology, and released the better QLED in 2020.

The 49-inch 816NA is one LG’s Nanocell mid-range TVs, which means it has an extra layer of nanocells that filter out unwanted colours for a more natural picture – in theory.

Hisense’s equivalent is similarly mid-range and is an LCD model, so it uses a backlight but doesn’t have any extra snazzy colour boosters, such as nanocells or quantum dots.

But, as with the other Hisense/LG face-off, beyond that addition of nanocells there’s very little separating these two TVs on paper.

Both support the same HDR formats, Dolby Vision, HLG and HDR10, and have access to smart apps and single-tuner PVRs (although LG’s Nano is missing several UK catch-up apps, including All 4 and ITV Hub).

They both look good, too, with their narrow bezels and attractive central bases that are a better fit for most media units.

What about price? The 7400 costs just £429, while the LG is almost £100 more at £499. Given that there’s not much to pick between these two TVs, so should you go with the cheaper Hisense? LG’s TV comes with an excellent remote, with an on-screen pointer for easy typing and menu navigation. But is it worth an extra £70, particularly when we quite liked Hisense’s remote, too?

No need to play eeny, meeny, miny, moe to choose – head over to our reviews of the Hisense 50AE7400FTUK and the LG 49NANO816NA to see which one came out on top.

Both these TVs sit close to the bottom of their respective brand’s 2020 sets, but one costs £80 more than the other.

The Hisense will set you back £299, while LG’s basic set costs £379. It’s a tighter gap than it was last year, although the shrinking price disparity is more to do with LG’s basic range getting cheaper than Hisense’s getting more expensive, and not much has changed to explain the difference.

LG isn’t the only leading manufacturer that’s dropped the price of its entry-level TVs. The Samsung UE43TU7100 can be found for around £349. Sony is the only market leader bucking this trend; its KD-43X7053BU will set you back £499.

While Samsung’s most basic TVs lack a PVR and Sony’s don’t have app stores, both the Hisense and LG models are fairly full of features. They support the basic HDR formats, app stores and single-tuner PVRs, but one scores significantly worse than the other in our tests.