Mortgage rates have risen for a third successive month, as lenders suffer jitters about the future of the property market.

Since the government introduced the stamp duty holiday in July, the housing market has enjoyed an upturn, with more sales being agreed and house prices rising.

But with no end in sight to the pandemic and uncertainty over Brexit negotiations, mortgage lenders are cutting deals and increasing rates.

Here, Which? take a look at the mortgage options currently available to first-time buyers, home movers and remortgagers.

Since the start of the pandemic, the number of fixed-rate mortgages available to buyers and remortgagers has halved.

Data from Moneyfacts shows a total of 2,774 mortgages are now on the market, compared with 5,733 in March.

Home buyers with the smallest deposits have been most heavily affected by the cuts, with 90% and 95% mortgages disappearing almost entirely.

As the number of deals fell, so too did rates, with the average two-year fixed-rate mortgage dropping below 2% in July.

Rates have now been rising for the past three months, but remain lower than those seen before the pandemic, as shown in the graph below.

Why are lenders increasing rates?

The property market has been flying since the government launched the temporary stamp duty holiday in July, but the longer-term picture remains unclear.

Eleanor Williams of Moneyfacts says that mortgage rates are rising as lenders look to protect themselves against the risk of defaults at an uncertain time for the economy.

She says: ‘The spectre of negative equity should house prices drop is one that responsible lenders will be keen to mitigate, yet have no control over.

‘Similarly, uncertainty around future employment levels and income as the government’s support schemes begin to unwind is another factor lenders may be considering.’

Increased rates may also be a sign that banks are looking to dampen demand.

Lenders are still struggling to get back to full capacity and are facing a significant uptick in applications as buyers look to move before the stamp duty cut ends on 31 March next year. 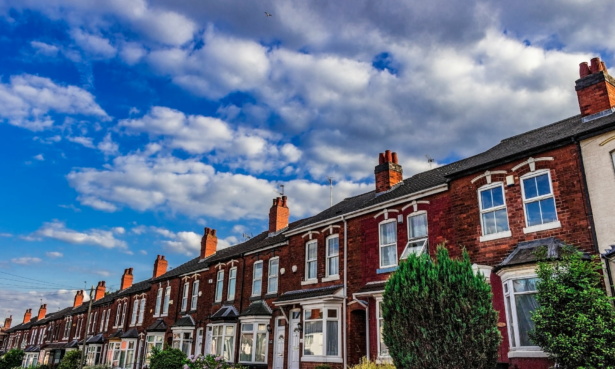 First-time buyers face an uphill struggle to get on to the property ladder, as low-deposit mortgages continue to dry up.

In March, buyers with a 5% or 10% deposit had 304 two-year fixed-rate mortgages to choose from, but that figure has now fallen to just 14.

The deals that remain now come with stricter rules, such as capping maximum terms at 25 years and limiting gifted deposits from parents.

The government has pledged to unlock millions of 95% mortgages for first-time buyers, but it may be some time before these plans come to fruition.

Should I put off my move?

In this uncertain time, you might consider putting your plans on hand, giving you time to boost your savings and reassess the mortgage market next year.

If you’re set on moving imminently, you may need to consider alternatives to standard mortgages, such as guarantor options or schemes such as Help to Buy.

If you’re unsure about your options, it’s worth speaking to a mortgage broker, who can assess the whole market to see if any suitable deals are available, including from lenders you might otherwise overlook.

For example, some buyers have reported smaller building societies offering 90% mortgages limited to borrowers living in their catchment area.

It’s a slightly different tale for existing homeowners, who are looking to take advantage of the stamp duty holiday to move up the property ladder.

With tax savings of up to £15,000 on offer, second-steppers are setting their sights on bigger properties with more outdoor space, but they might face frustrations in getting a deal over the line.

Increased demand has not only brought higher prices, it’s also resulted in delays in the home buying process – and that includes mortgage approvals.

Rising prices can also impact mortgage valuations. We’ve seen reports of more buyers seeing properties down valued (when the lender decides the property is worth less than the buyer is willing to pay for it).

Can home movers get a cheap deal?

As we mentioned earlier, mortgage rates are on the rise, but buyers with bigger deposits can secure a great rate.

The chart below shows the market-leading rates for home-movers borrowing at a range of loan-to-value levels.

If you’re coming to the end of your fixed term and are looking to remortgage, your options will depend on your personal circumstances.

If you’re earning less due to COVID-19, you might struggle to switch to another lender, as you’ll be required to undertake a new affordability assessment.

In this instance, you may be limited to a ‘product transfer’ with your bank, which won’t require an assessment as long as you’re not increasing your borrowing.

Switching products might mean you don’t get the best deal on the market, but it will still be significantly cheaper than paying the lender’s standard variable rate.

Those who are able to switch providers can benefit from some of the low rates above and may be able to get an even-cheaper deal.

For example, Lloyds Bank offers a two-year fix at 60% loan-to-value with an initial rate of just 1.09% for remortgagers – considerably cheaper than the 1.2% available to home buyers.

Could negative interest rates be ahead?

The Bank of England base rate is currently at an historic low of 0.1%, and the Bank has written to several financial firms to ask how they would cope if rates went negative.

Although it’s theoretically possible, it’s highly unlikely that a move to negative rates would result in lenders having to pay you interest on your mortgage.

Many tracker mortgages (which follow the base rate plus a percentage) have disappeared since the lockdown and some of those that remain have ‘collars’ on their rates, which prevent them dropping beyond a certain level.

The vast majority of buyers and remortgagers take out fixed-rate deals, which are unlikely to be significantly affected by any further base rate cut.