A rice cooker can look like an easy fix if you struggle to cook rice the way you like it, but our testing has revealed what looks like a simple gadget can take some mastering.

At first glance, all you need to do is put rice and water in your rice cooker, hit go, and you’re on your way to fluffy grains of perfection, right?

Not always. We recently tested eight rice cookers to find out which ones you should buy, and although some give you perfect rice, others can prove just as finicky as cooking it on the hob.

Here’s what our tests revealed you need to know before you buy a rice cooker:

Or head straight to our round up of the best rice cookers to see which ones, under £50, we recommend.

You’re always told to read the instructions on new gadgets, and you never do. But if you fail to on a rice cooker you’ll likely end up with rubbish rice. That’s because: 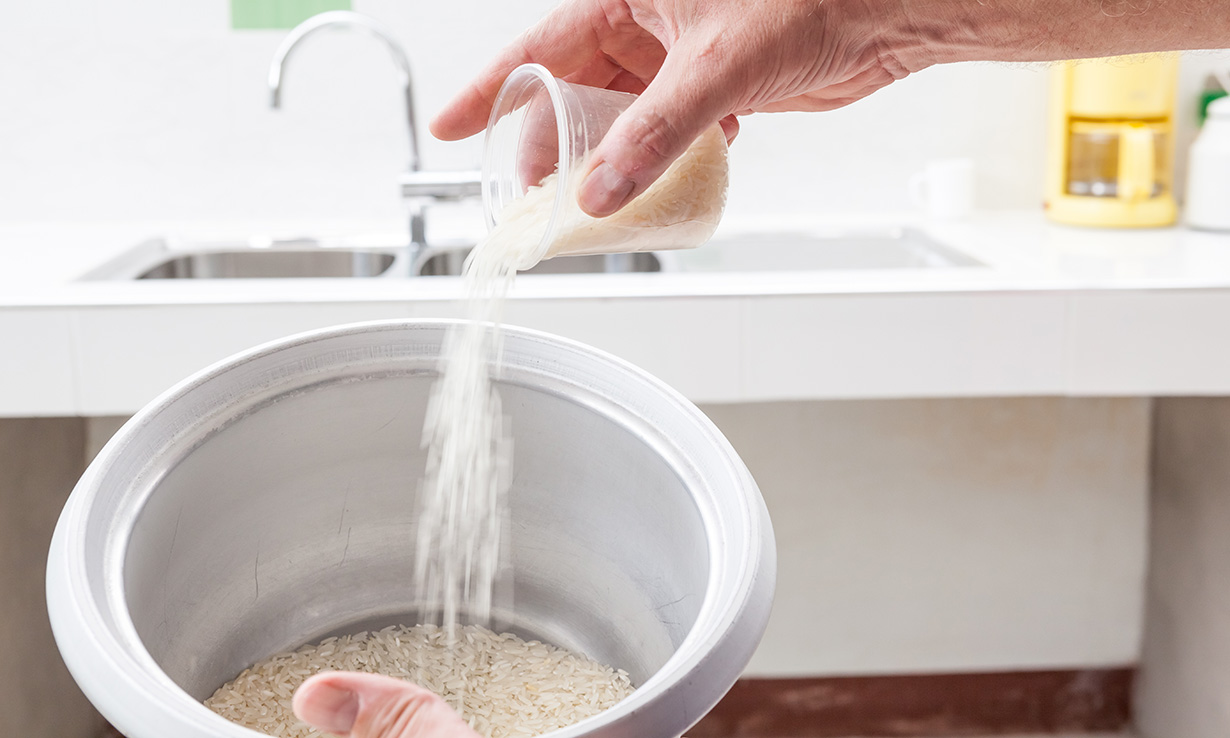 How much water you need cook perfect rice changes depending on who you ask, and rice cookers don’t solve that problem.

But our tests found some big differences in the rice to water ratios required by different rice cookers.

So when you buy a rice cooker, make sure you read the instructions first to check the rice to water ratio. It might be different from what you’re used to.

Find the perfect match for your curry or chilli con carne with our expert A-Z of wine pairings.

2. Cooking times are different too 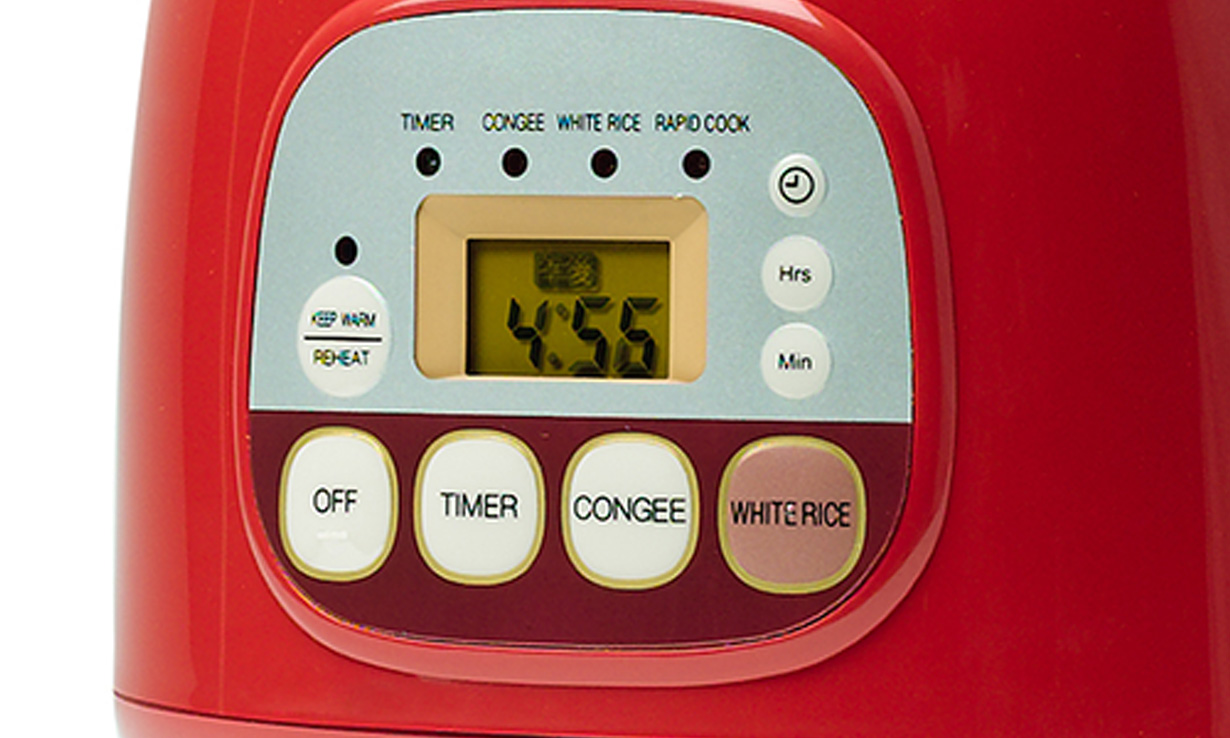 High-end rice cookers, such as the one pictured above, often have digital timers that update automatically to tell you when your rice is going to be ready.

But cheaper rice cookers under £50, like those we tested, rarely have timers, and our tests found that they can also have wildly different cooking times.

One rice cooker cooked two cups of white basmati rice in a rapid 12.5 minutes, and another took almost three times as long at 33 minutes.

All the rice cookers we tested automatically swap from cook to the keep warm setting when they’re done, but without a timer you still won’t know when to have your other ingredients ready.

On a rice cooker that doesn’t come with a timer, you’ll be able to get a feel for how long your rice will take to cook eventually. You’ll just have to find out exactly how long by using it a few times and timing it yourself.

3) A crispy bottom is common 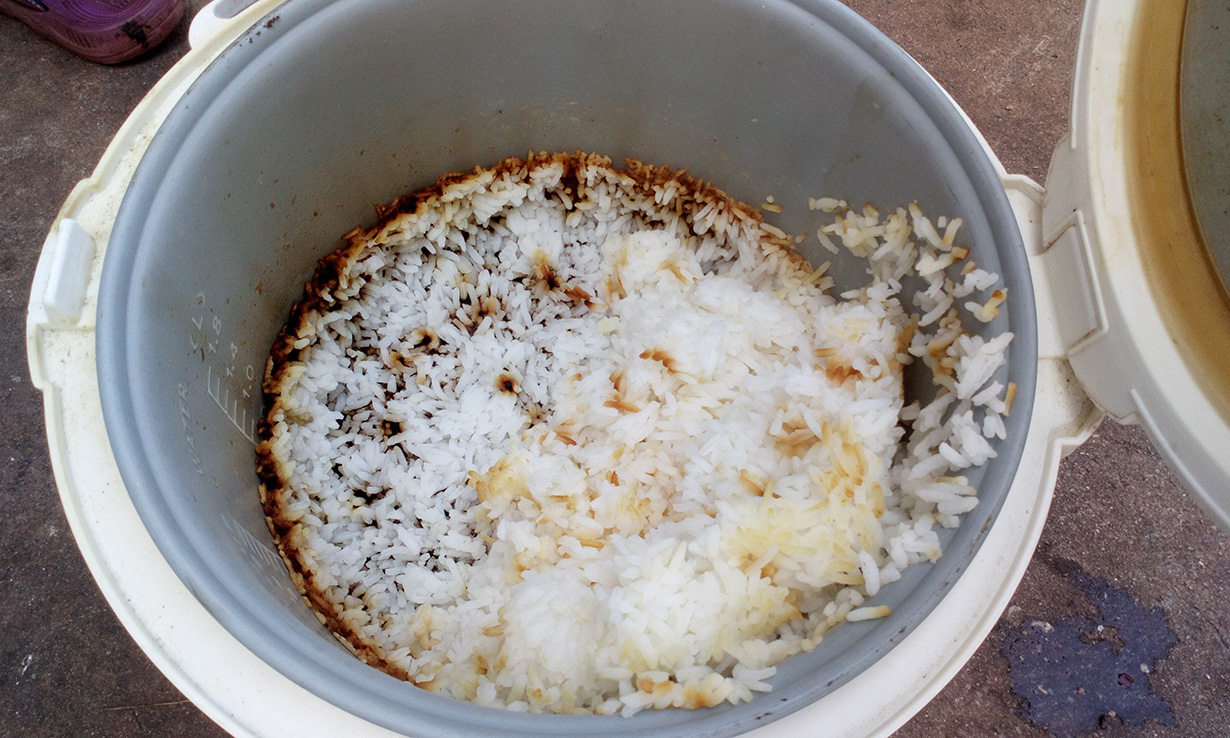 You may have seen pictures like the one above on social media, or read complaints about rice cookers burning the rice at the bottom of the cooking pot.

Rice is much more liable to burn if the rice to water ratio is uneven. If there is too much rice and too little water for the rice to absorb, the rice will dry out and crust.

This is another reason why it’s so important to check the rice to water ratios in the instructions of your rice cooker.

However, although we thoroughly rinsed the rice we cooked and followed the instructions in our testing, we still found at least a thin layer of rice that crusted at the bottom, although it wasn’t as burned as some reports we’ve read.

But do bear in mind that, because of this, you may find yourself throwing away some of your rice after each time you use your rice cooker. 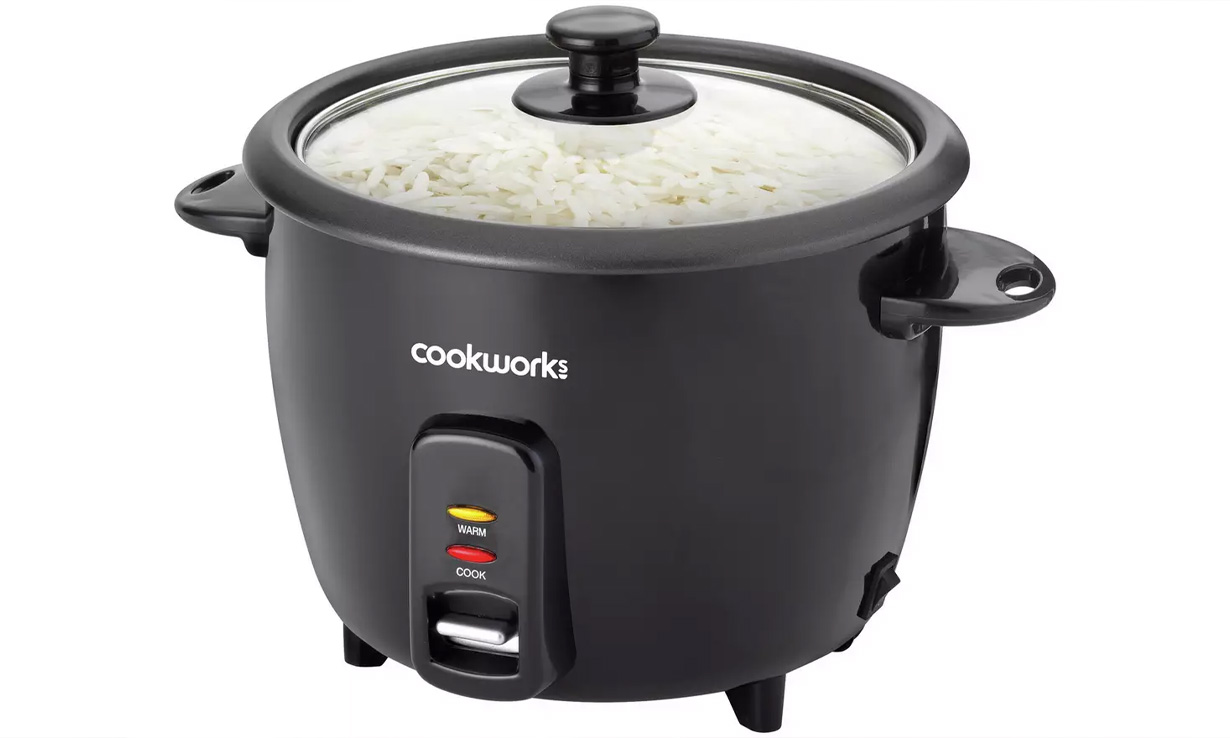 Rice cookers are generally no more dangerous than other appliances that deal with steam and heat, such as your kettle or oven, but some do get very hot on the outside.

You should always take care when handling a rice cooker. Avoid the steam vents and wear oven gloves when handling the lid or the cooking pot.

Also, although some of the rice cookers we tested didn’t get hot on the outside, almost all of them had the lip of the cooking pot exposed during cooking, which did get hot.

The cooking pot is in direct contact with the heating element during cooking, so the lip gets very hot indeed.

You should bear this in mind if you have curious pets or children around who might be tempted to touch the rice cooker when it’s in use.

If you’re after an automatic cooker that you can leave unsupervised, compare our slow cooker reviews. 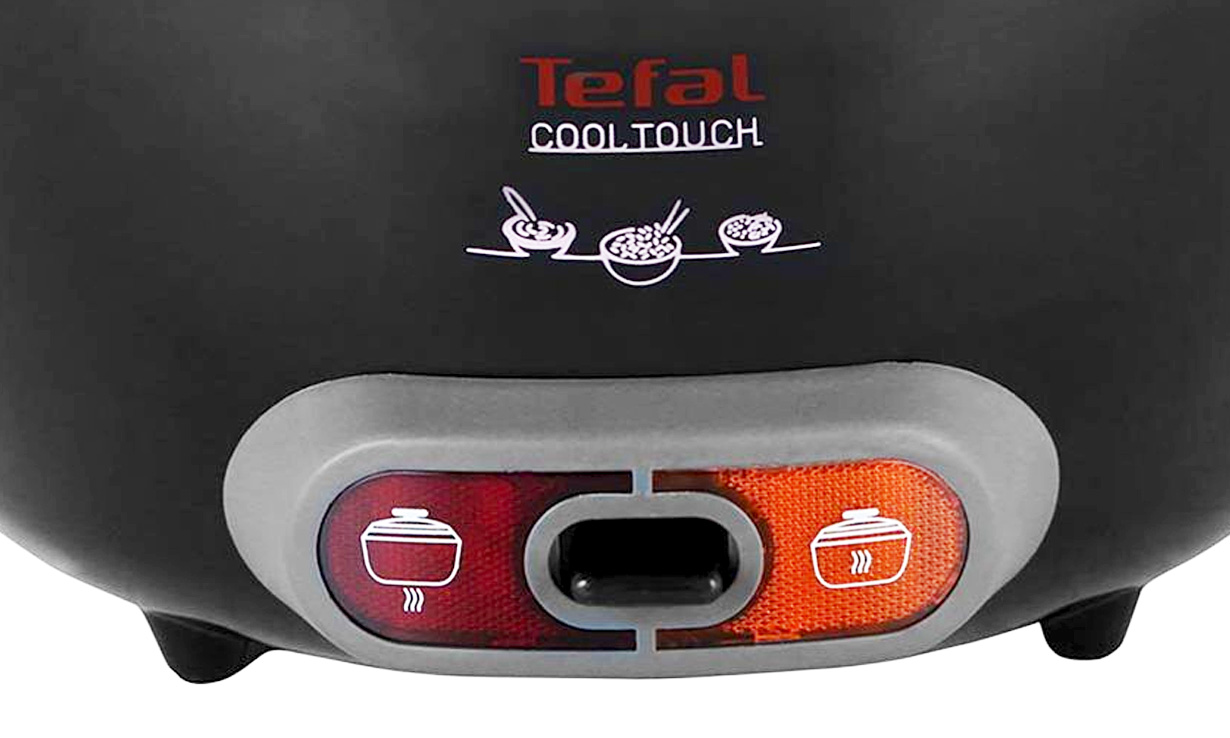 All the rice cookers we tested have a keep warm setting, and they swap from cook to keep warm automatically once the rice is done.

We checked the temperature and the quality of the rice in each cooker after leaving them for an hour on the keep warm setting.

Bacteria starts to grow very quickly in rice that drops below 60 degrees C, and thankfully none of the rice cookers we tested were in the danger zone.

However, we did find at least a small drop in the quality of rice after an hour on the keep warm setting.

There were also big differences in some cases. Some rice was almost as good as it was when fresh, but other rice was so dry that we couldn’t eat it.

Head to our full rice cooker test results to see which ones gave us perfect fluffy rice in our tests.