If Dry January has you hankering for a tipple, Gordon’s new alcohol free gin might help you fight the urge to cave in. But if you were given two glasses, one filled with Gordon’s regular gin and the other Gordon’s Alcohol Free 0.0%, could you tell which was which?

The new Gordon’s Alcohol Free 0.0% gin hit supermarket shelves in late December and we bought a bottle, along with Gordon’s Special Dry London Gin, for a blind tasting to see if we could tell the difference.

Two of our in-house gin lovers tasted several G&Ts made using each Gordon’s gin, without knowing which ones they were drinking, to find out.

Read on to see if we could spot the alcohol-free gin, what we thought when comparing them on taste, how they compare on calories and where you can buy Gordon’s Alcohol Free 0.0%. 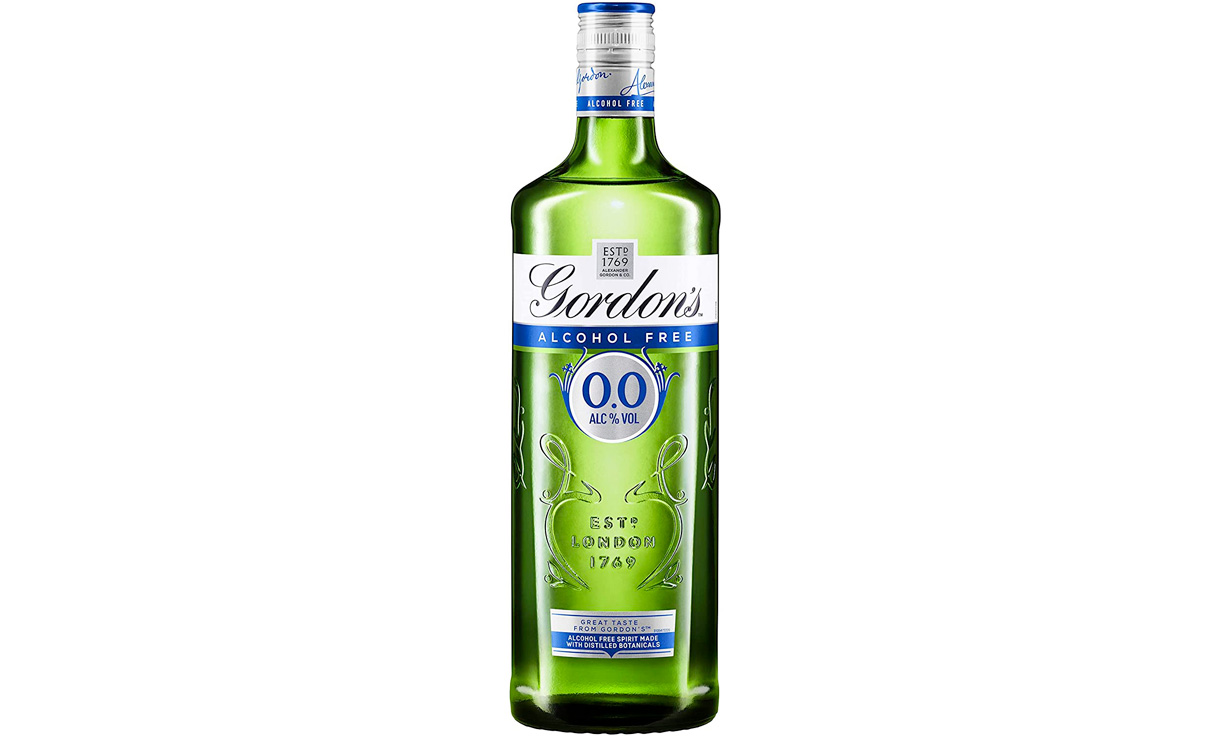 What did our testers think?

Both of our testers are gin lovers who were both planning on doing Dry January until this taste test assignment came along, which they couldn’t resist.

Although neither would call themselves a gin connoisseur, they’re familiar with the sharp piney taste and lengthy finish of a classic Gordon’s G&T.

See the results from when we assembled four of the UK’s most reputable gin experts to find the best gin. 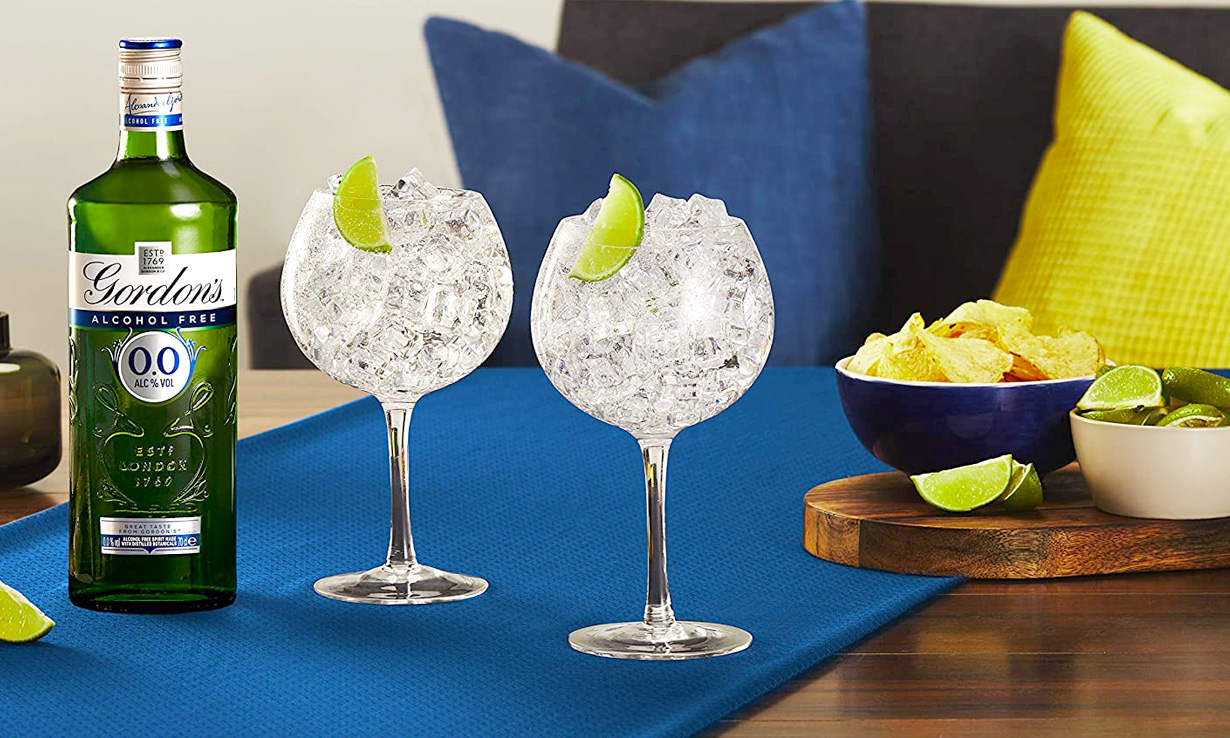 Could we tell which Gordon’s gin was alcohol free?

To ensure that our opinions of each gin were unbiased, each taster prepared a total of eight G&Ts for the other without revealing which drink was in each glass.

Every drink was made in the same way to make the comparison fair – a wedge of lime, topped with 50ml of gin then 150ml of Fever Tree tonic water.

Besides assessing the nose, palate and finish of each G&T, testers were asked to choose which Gordon’s gin they thought was in each glass they tasted and which one they preferred.

In our test, the testers were 100% correct. They could tell which drinks had Gordon’s Alcohol Free 0.0% in it every time, and always preferred the glass containing Gordon’s Special Dry London Gin. 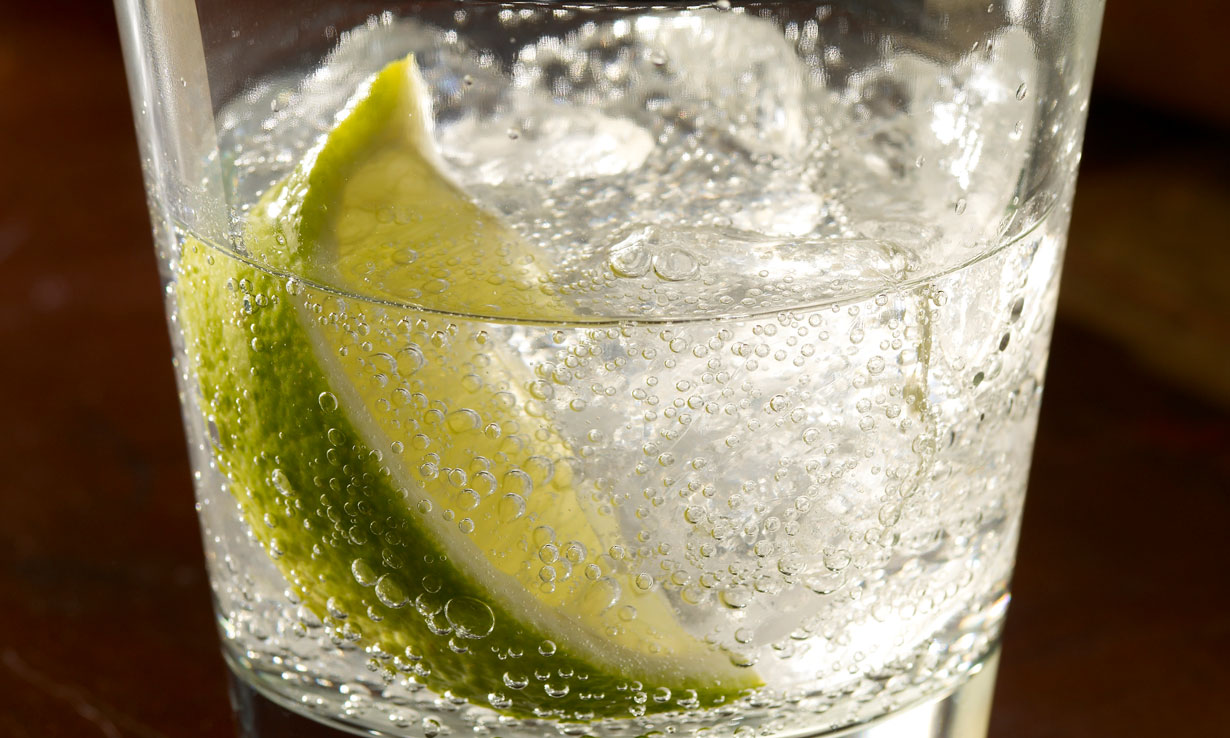 Did adding ice make a difference?

Gin experts recommend that a G&T should be served with large pieces of ice to keep it colder and less diluted for longer.

We were interested to find out if the presence of ice made a difference to how easy it was to tell the alcohol-free Gordon’s from the original, so half of the drinks we tasted were served with ice and half without.

Our testers found that this had no bearing on how easy it was to tell the difference. Both were still 100% correct in identifying the alcohol-free gin, and giveaways such as the stronger scent and shorter finish were still present when ice was in the glass. 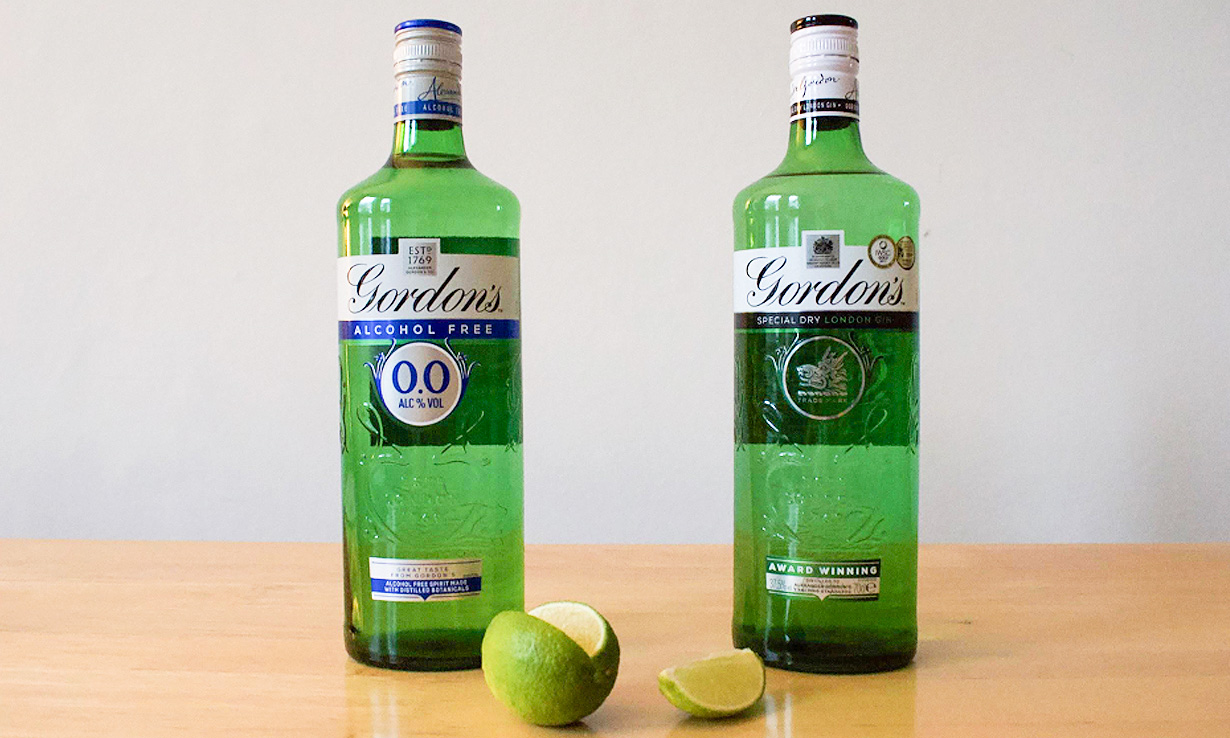 As you can tell from the picture above, Gordon’s Alcohol Free 0.0% is almost identical in appearance to Gordon’s Special Dry London Gin.

Look out for the light blue cap on top and the 0.0% sticker on the front of the alcohol-free bottles to make sure you’re buying the Gordon’s gin you want.

In a press release, the manufacturer said that ‘Gordon’s 0.0% is created by distilling the same botanicals used in Gordon’s Special Dry London Gin, capturing the essence of Gordon’s in a delicious alcohol-free alternative’.

It’s also important to know that Gordon’s Alcohol Free 0.0% isn’t entirely devoid of alcohol. Gordon’s says that it contains no more than 0.015% ABV, so there is in fact a trace of alcohol in each bottle.

To put that into context – an entire 70cl bottle of Gordon’s 0.0% contains less than 0.1 units of alcohol.

Calories in gin: how does alcohol-free compare?

Gin is often a drink of choice for those of us watching our waistlines thanks to its slightly lower number of calories per serving when compared with other alcoholic drinks.

Those looking to cut down on their alcohol intake will be pleased to discover that they can also significantly cut their calorie intake when drinking Gordon’s Alcohol Free 0.0%.

See the full round-up of our Best Buy food and drink. 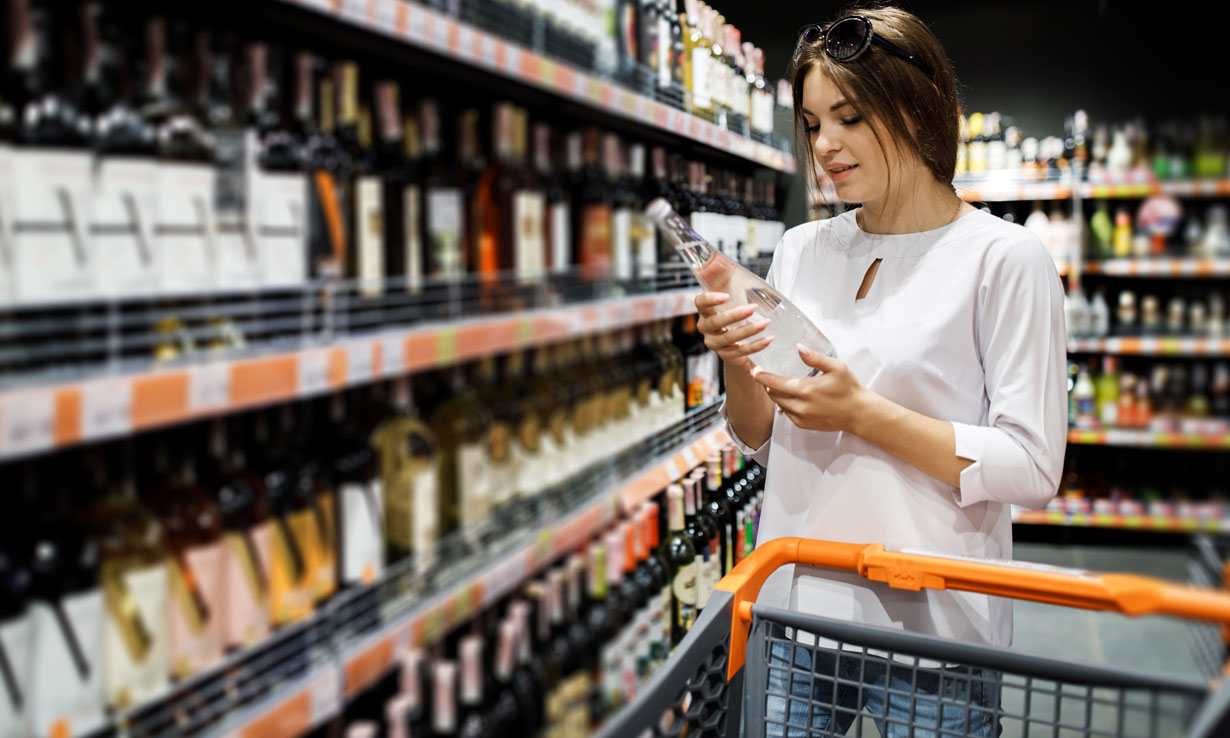 As of 3 January 2021 you can pick up Gordon’s Alcohol Free 0.0% at almost all major UK supermarkets.

Gordon’s Special Dry London Gin can be bought in 1.5 litre, 1 litre and 35cl bottles, but at the time of writing Gordon’s Alcohol Free 0.0% can only be bought in 70cl bottles.

Here are the major outlets where you can pick up Gordon’s Alcohol Free 0.0% as part of your online shop at the time of writing: