Despite measures to combat fake reviews on its platform, our latest investigation has discovered a thriving industry of review manipulation businesses targeting Amazon marketplace and evading its checks.

Amazon sold an estimated $295bn worth of products worldwide in 2020, with many sellers successfully trading through high-turnover online storefronts. But with competition fierce, some sellers are turning to experts who have built a business from gaming Amazon’s system.

In December 2020, we signed up to 10 sites offering review manipulation services, including free or discounted products in exchange for reviews, or sales campaigns for sellers to boost their positive reviews. We found:

We also quizzed review businesses on the tactics they employ to stay one step ahead of Amazon’s checks.

Read our guide on how to use Amazon reviews for tips on avoiding fake reviews and spotting suspicious activity.

AMZTigers – the sale of positive reviews

AMZTigers is a company based in Germany offering ‘review campaigns’ that it claims will ‘help your products become best sellers’. It has a large army of reviewers: 62,000 globally, which can be used depending on where sellers ship to, and 20,000 are based in the UK.

Amazon prohibits sellers from paying third parties in exchange for reviews, and says that it suspends, bans and takes actions against those who violate these policies. But this is exactly the sort of service AMZTigers offers.

We posed as an Amazon seller and signed up to find out more. After a short registration, we were assigned an account manager who arranged a call to discuss what we were looking for, including whether we already had stock to sell.

How much do reviews cost?

For Amazon marketplace sellers that just want reviews, AMZTigers sells them individually for around £13, or in bulk packages starting at £620 for 50 reviews going up to an eye-watering £8,000 for 1,000 reviews – showing how seriously sellers take reviews, and the investment they’re willing to make. 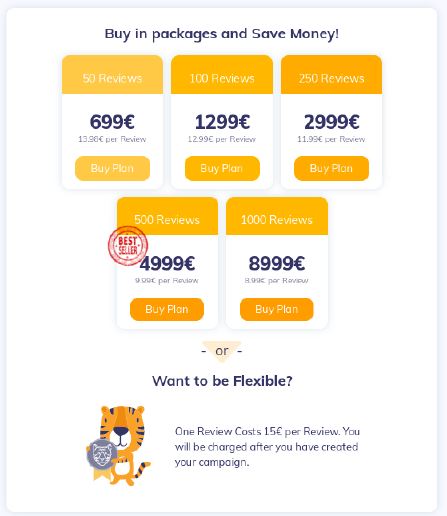 Other plans start with a free option and go up to £88 per month (€99) for 10 reviews a month and 50 review votes. These are used to ‘uptick’ reviews so they are more likely to appear near the top. If a seller wants shoppers to see five-star reviews first, or perhaps move less positive reviews down, then upvoting reviews may help achieve this.

The account manager we spoke to said that reviewers must leave at least two sentences in a review, consistent with the guidance we saw on other sites, and also suggested requesting images or video from reviewers.

The account manager also told us that AMZTigers could help sellers get an Amazon’s Choice endorsement in less than a fortnight by using its pool of buyers to generate sales on certain search terms – such as ‘Bluetooth headphones’ – on Amazon.

The Amazon’s Choice badge is well trusted – 44% of Amazon customers told us in February 2020 that they believe it means a product has been quality-checked by Amazon. But it’s clearly being gamed by sellers, and it’s not the first time we’ve raised concerns. Previous investigations have found poor-quality Amazon’s Choice products that appeared to have been artificially boosted by incentivised and fake reviews.

We shared our findings with AMZTigers, but it did not respond.

Get more advice on how to spot a fake review, find out more about shopping scams, and learn how to avoid fake and dangerous products online.

Free and discounted products for reviews

Another way online sellers can gather more reviews is by offering products free or at heavily discounted prices in exchange for a written review on a listing.

This is known as review incentivisation, and is a practice that’s strictly against Amazon’s terms and conditions.

We discovered a range of review sites designed to link sellers with potential reviewers, some of which even offered a small payment alongside a free or discounted product – ranging from a few pounds up to more than £10.

Some sites had additional reward or loyalty schemes, where reviewers could earn points or ‘coins’ – increasing their desirability to sellers, and potentially earning themselves the pick of more premium products.

Once signed up, you can browse potentially hundreds of products that are being offered that day, ranging from children’s toys and books to exercise equipment and nutritional supplements.

Reviewers then follow a link to the Amazon site to buy the product, meaning they appear as a ‘verified’ buyer when they leave a review several days later – an important step to increase credibility.

Few sites openly state that you must leave a positive four or five-star review of a product, although some suggestively include an image of five stars in the instructions. We found products being sold by third-party sellers where it appeared that incentivisation had paid off, including:

We shared these findings with Amazon, and while both the Lavolta charger and Owkey phone appear to have had their Amazon’s Choice endorsements removed, the Enacfire headphones had gathered a further 3,110 ratings on the listing in less than a month.

Enacfire responded and said it has no knowledge, involvement and does not endorse offering rebates in exchange for reviews.

A Lavolta spokesperson said that the brand is not aware of any activities on the website Testerjob. It said ‘if anyone is offering any reward, this is done without our knowledge and authorisation. We will contact the website administrators to take that listing down. As a reputable brand, we condemn fake and incentivised reviews. Generally, we are quite happy with Amazon’s review solutions such as Early Reviewer Program and Vine.’

We were unable to get a response from Owkey. 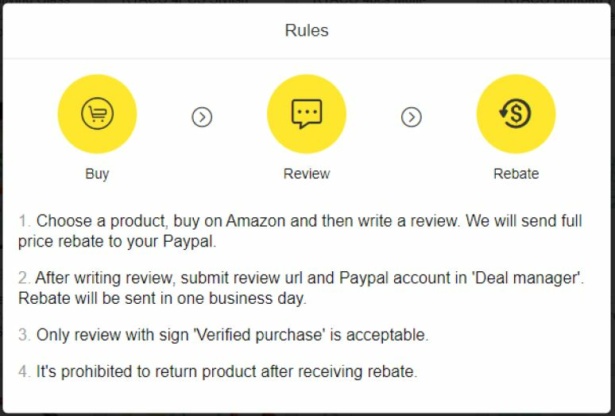 All of the sites we signed up to gave advice for how to write reviews and many had criteria for reviewers to meet to qualify for rewards.

These included leaving reviews that were at least two sentences long and even minimum word counts to reach.

Other measures include leaving reviews a certain number of days after receiving a product, and some sites had no return policies, as returned products are monitored by Amazon and high return rates can affect the chance of an Amazon’s Choice endorsement.

This isn’t the only time we’ve seen unscrupulous sellers, or those acting on their behalf, adapting to new measures introduced by Amazon or other platforms. In our latest investigation into member-only Facebook groups trading in incentivised reviews, we found users trying to evade discovery by the platforms algorithms by inserting symbols into words such as review or refund (eg ‘re*vi*w’ or ‘re-f*nd’).

One site we signed up to – AMZDiscover – allows sellers to target those they know are interested in particular products, and poach them from competitors.

By signing up to one of the paid-for plans, sellers can access the contact details of existing Amazon reviewers, including information about their reviewer ranking on Amazon, to email addresses and social media profiles.

The site allows sellers to search the URL of an existing Amazon listing, and then download contact details for the reviewers of the product so they can contact them, unsolicited, directly.

It claims that some AMZDiscover clients have downloaded 40,000 email addresses for potential reviewers.

As with incentivisation, this practice is against Amazon’s terms and conditions. All transactions between buyers and sellers on the platform must happen through Amazon’s own encrypted email service – and it can see sellers banned from using the platform.

How is Amazon tackling fake reviews? 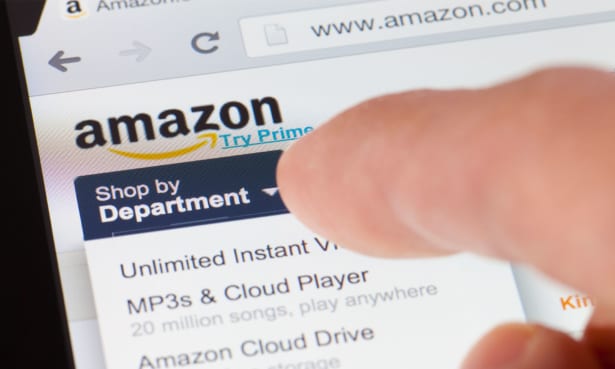 The fact that sellers are having to evolve their techniques to avoid detection of fake or manipulated reviews on Amazon suggests that it is working to tackle the issue.

Amazon told us that it has clear policies for both reviewers and selling partners that prohibit abuse of its community features, and that it suspends, bans, and takes legal action against those who violate these policies and analyses more than 10m reviews weekly.

It said that it’s taken dozens of injunctions against providers of fake reviews across Europe. Amazon says that it and other online retailers can’t do this alone, and that ‘the systematic manipulation of reviews needs consistent enforcement and global coordination with stronger enforcement powers given to regulators against bad actors’.

To protect consumers from being misled, Which? is calling for swift and effective action that puts a stop to sites that are trading, or facilitating the trading of, fake reviews, a practice which is likely to be in breach of consumer law.

Online platforms, including Amazon, must also do more to proactively prevent fake reviews infiltrating their sites. This includes working with other tech firms where these fake review firms and groups thrive, to shut them down.

If online platforms do not take responsibility, the government must urgently strengthen online consumer protections, including platforms’ legal responsibilities for fake and misleading review activity, so that sites can be held to account if they fail to keep their users safe.

In response to our findings, a CMA (Competition and Markets Authority) spokesperson said: ‘Fake reviews are a blight that stop consumers getting a fair deal. We are determined to do all we can to stamp it out and will examine any new evidence.

‘Thanks to our intervention, Facebook, Instagram and eBay have already committed to tackle the trade of such reviews on their sites and we’re not stopping there. We are also separately investigating several major websites to make sure they are protecting people from fake reviews.’

At the time of publication, none of the review sites had responded to requests for comment.

We’ve been exposing the problems caused by fake reviews for years. Browse our previous investigations into fake reviews to find out more.