More and more pension savers are asking where their funds are invested. Many people are no longer just concerned about getting the best returns – they also want their money to be used in a way that helps society and the planet.

The estimated £3 trillion in UK pensions is used to fund everything from wind farms and essential government services to weapons and tax-dodging corporations.

But only 22% of pension holders say they know the types of companies their pension is invested in, according to the Pensions and Lifetime Savings Association.

We’ve spoken to savers, scheme trustees and pension companies about what you can do to make your pension match your values.

A bigger threat than Covid-19

In late 2019, then Bank of England governor, Mark Carney, told BBC Radio 4 that financial firms were not reducing investment in fossil fuels fast enough to prevent extreme global warming: ‘The concern is whether we will spend another decade doing worthy things but not enough… and blow through the 1.5°C [warming] mark very quickly.’

His successor at the Bank, Andrew Bailey, has warned that the financial risks from climate change are bigger than from Covid-19, while Chancellor Rishi Sunak wants Britain to be a ‘world leader’ in green finance and will issue the first green government bonds this year.

Recent months have seen a flurry of commitments around sustainability from pension firms. These should give savers more options, while making default pensions greener. Aegon, Aviva, Legal & General, Nest, Scottish Widows, Smart Pension and Standard Life have all declared that their default pension funds, or entire portfolio in some cases, will achieve net-zero carbon emissions by 2050 at the latest.

Standard Life (Phoenix Group) launched a new ESG defined contribution default option for its workplace pension fund members at the end of 2020, while Royal London told us it will improve the ESG credentials of the default fund later this year.

Our research found that 43% of Which? members care about the values of the companies their pension is invested in. And  27% would like their pension to be invested in ethical funds – ie funds that consider more than just companies’ financial performance.

But so far this hasn’t translated into action. We asked several pension companies about current investment levels in their ethical options.

Around 8% of Aviva workplace scheme members are invested in ethical and environmental, social and governance funds (or ESG funds). OM Wealth said that the proportion was around 5%. For master trusts Nest and People’s Pension it was just 1%.

What is an ethical pension?

In theory, moving your money should be simple – there are now more than 200 pension funds labelled ethical or sustainable, each spreading investors’ money across hundreds or thousands of companies.

An ethical fund will have policies determining what sort of assets it won’t buy (such as coal), will buy (such as solar panels) and, in some cases, how much it will invest in certain sectors. It may also explain what the fund does to engage with and improve the behaviour of the companies it owns, and what its top holdings are. Ethical funds are offered by both pension providers themselves and investment companies (eg BlackRock, Kames and Liontrust).

The Aviva Stewardship Managed fund, for example, was established in 1999 and holds nearly £970m. It ‘excludes companies that don’t meet certain ethical standards or that harm society or the environment and supports companies that make a positive contribution to society’. Major holdings include Alphabet Inc (Google), Microsoft and UnitedHealth Group.

Legal & General’s Future World Fund started in 2017 and holds around £4.6bn in pension assets. The fund uses its ‘scale and influence within the market to propel positive change on environmental, social and governance (ESG) issues’. It currently invests in Amazon, Apple, Johnson & Johnson and Microsoft.

Unfortunately, a fund’s name may not tell the whole story, so you’ll need to do your research. The use of terms such as ethical, ESG or sustainable investing is neither regulated nor widely understood.

Uncertainty and inconsistency around labelling can lead to so-called ‘greenwashing’, where funds’ claims don’t reflect the companies they invest in. The Financial Conduct Authority and the Competition and Markets Authority are investigating greenwashing, with new guidance expected this summer.

Mixing morals and money can seem risky when your retirement is on the line. As one Which? member put it: ‘I want the maximum return on my investments. Where it comes from is irrelevant.’

There is evidence that you can have both. When data provider Morningstar analysed fund performance in 2020, it found that three out of four ESG funds performed above average when compared with similar funds, whether ESG or not. The pandemic is partly responsible for this, as non-ESG funds were hit by falling energy prices while technology stocks – which many ESG funds invest heavily in – soared.

But proponents of ethical investing point out that the shift away from polluting industries is a long-term trend. They also claim that considering non-financial company characteristics, such as governance, can help funds spot better-run firms with better prospects.

What can I do with my final salary pension?

With a final salary (also called defined benefit or DB) pension, the pension scheme board of trustees and employers take responsibility for choosing investments with the help of third-party advisers and actuaries.

Your benefits are guaranteed so investment performance isn’t your problem, and whether you’re receiving an income from your pension yet or not, you can still influence where the money is invested. Start by asking your employer for a copy of your pension scheme’s Independent Governance Committee report and its statement on ESG.

If enough members feel that they should take climate considerations into account across the portfolio, then they can come together to push for change. There are some great examples of trustees of final salary and hybrid schemes (which combine characteristics of final salary and defined contribution pensions) making ethical commitments, often following lobbying from members.

The Environment Agency Pension Fund manages around £3.5bn of investments for employees. In 2013, it announced that it aimed to invest 25% of its fund in companies that make a positive contribution to a green and sustainable economy.

Last year, the Church of England Pensions Board (pension assets of £2.8bn) launched its own £600m investment index for members that only includes companies making progress on the Paris Climate Agreement targets.

Unfunded public sector pensions, such as pensions for NHS staff, are paid for directly from taxation and therefore can’t be invested elsewhere.

What about auto enrolment work pensions?

Unless you indicate otherwise, your workplace pension contributions will be paid into the provider’s ‘default’ fund. Around 95% of employees stick with the default investment fund. You can sometimes switch out of this and choose from a wider range of funds, depending on what type of defined contribution (DC) scheme you’re part of.

Contract-based DC schemes (such as group personal pensions) and trust-based DC pensions operated by master trusts allow you to switch funds if you wish. Nest, one of the biggest pension schemes by membership, told us a member can easily register an online account and switch funds.

If your pension already allows you to switch to a new fund, look at the pension provider or fund manager’s website for a statement on their investment policy or philosophy and the fund fees.

Trust-based DC pensions operated by trustees are similar to final salary schemes in that the board of trustees decides on the fund range available to members, with the help of professional investment advisers, and you’ll need to persuade the board to change strategy.

Even if you can’t get your main workplace pension paid into ethical funds, you may be able to pay additional voluntary contributions (AVCs) into these funds.

Which pension gives me most control over investments?

A personal pension is a type of defined contribution pension that you arrange yourself.

You might opt for one if you’re not a member of a workplace scheme – eg if you’re self-employed. There’s a default investment fund for those who don’t want to choose, otherwise you’ll be able to pick from a range of funds, including ethical and sustainable funds.

A self-invested personal pension (Sipp) gives you the flexibility to choose exactly how to invest your retirement savings, meaning you can go as ‘green’ as you want.

As you’re picking your own shares, funds, trusts or other assets, Sipps are only suitable for more confident and knowledgeable investors, or those taking financial advice.

Setting up your Sipp through an investment platform can give you access to more information: Interactive Investor, for instance, has a dedicated ethical fund rated list (ACE 40) which picks out the 40 ‘best-in-class’ funds. 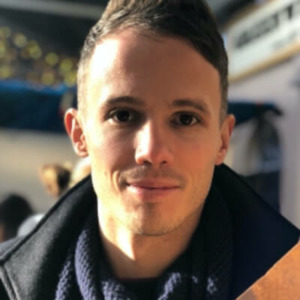 Take control of your money

The Make My Money Matter campaign brings together pension savers to demand their money is invested in a way which helps, not harms the planet, aligns with their values and protects future generations. Combined with increasing evidence that sustainable investments are actually outperforming their default competitors, and global trends towards financial transparency, there’s a groundswell of demand for change.

The best way to spark real change is to ask your provider to commit to net-zero emissions across their whole portfolio. To do this, get in touch with your employer, pension provider or the trustees of their scheme to ask them exactly where your money is going, and why it’s being put at risk by investing in unsustainable businesses with high emissions. Many funds are changing their approach, so there’s no excuse for inaction.

The process to interrogate your options can be bureaucratic, time consuming, and inefficient, meaning many savers are beaten into submission by a complex, obtuse and unnavigable system. Ultimately, pension funds trustees must do more to address these challenges, listen to the views of their members, and ensure people have more choice and voice in how their money is invested.