Smartwatches do much more than tell the time and count how many steps you’ve taken: an increasing number let you conduct phone conversations from your wrist. But having a phone call through your fitness tracker – which are typically less hi-tech – is practically unheard of.

Enter the Huawei Talkband B6: a fitness tracker-come-headset for those who take and make calls on the go.

Read on to find out what it has to offer, and what your other options are when it comes to calling with wearables.

Just want to know which wearables topped our tests? Read our reviews of the best fitness trackers and best smartwatches.

Huawei Talkband B6 on test 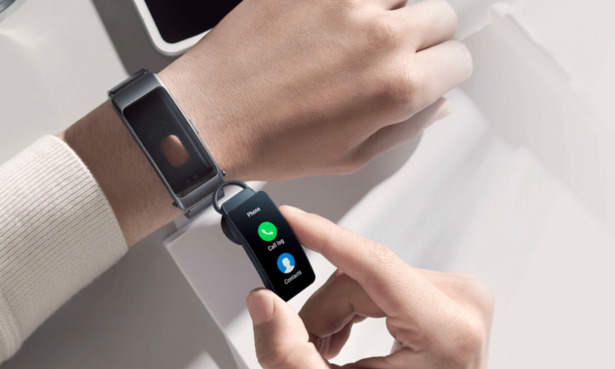 The Huawei Talkband B6 (£129) is an interesting little device that acts as both a fitness tracker and a headset.

You can pop the screen out of its strap and use it as an earpiece to receive calls. You can also call others, but your options are limited to nine contacts or numbers in your recent calls log.

Its smart features are otherwise basic: you’ll get notifications, and Android users will be able to control music playing from a tethered smartphone (although you wouldn’t buy this tracker if you were happy to take your smartphone out with you).

Like other fitness trackers, it monitors your activity and aspects of your health, including steps, sleep, blood oxygen saturation (aka pulse oximetry or SpO2) and heart rate.

Another relatively unusual feature is its ability to detect naps. Most wearables require you to have been asleep for a couple of hours to register that you’ve slept. 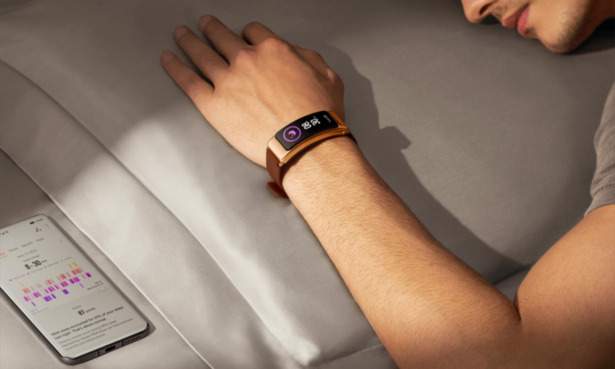 It doesn’t have standalone GPS, but it can use your smartphone’s GPS for location-tracking. Again, only those who want freedom from their smartphones are likely to buy this, though.

Assuming you’ve left your smartphone at home, it will calculate distance based on your step count.

Read our full review of the Huawei Talkband B6 to find out whether it’s a Best Buy.

Came here looking for a new phone rather than a fitness tracker? Here are the best mobile phones we’ve tested.

How to make phone calls from a smartwatch

If you want something less niche than the Huawei Talkband B6 – more of an all-rounder smartwatch which also has call capabilities – here are your options.

Tethering a phone via Bluetooth

At their most basic, wearables will give you call notifications for incoming calls, if your connected smartphone is within Bluetooth range.

You can then usually decline calls or answer calls, although some only allow you to decline.

When declining calls, you might have the option to also send a preset message explaining that you can’t chat. Many watches allow Android but not iOS users to do this.

When answering calls with older models, or new but more basic models, the call will then take place through your tethered smartphone.

Smartwatches with built in LTE 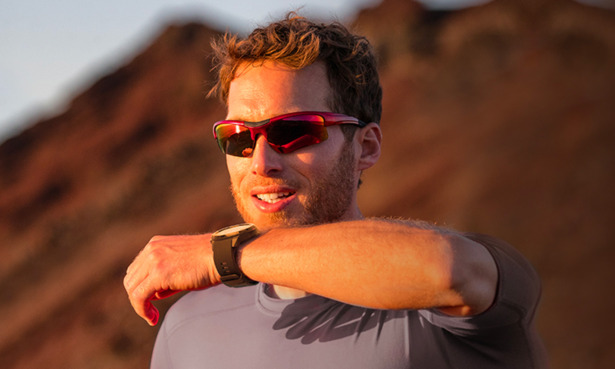 If you need complete freedom from your phone, buy a smartwatch with LTE, or 4G connectivity, and you’ll be able to use all its smart features without a Bluetooth or wi-fi connection.

On top of the cost of the watch (which will likely be high), you’ll also need to pay a monthly data plan, and you’ll need to use the same network carrier as for your smartphone, although you may well be able to get a bundle deal.

An increasing number of wearables now have a built-in microphone and speaker, meaning you can take and make calls through the watch itself.

You’ll still need your phone to be within range (unless it’s an LTE watch – more on this below), but you won’t need to dig it out of your bag.

A handful, such as the Samsung Galaxy Watch Active 2 (£199), will also allow you to do this via wi-fi in case your Bluetooth connection with your phone disconnects.

For wearables that can handle phone calls, we test how easy it is to have a conversation, the quality of the speaker and the quality of your microphone from the perspective of the person at the other end. If voices sound muffled, distorted and unpleasant, we factor this into our test score. 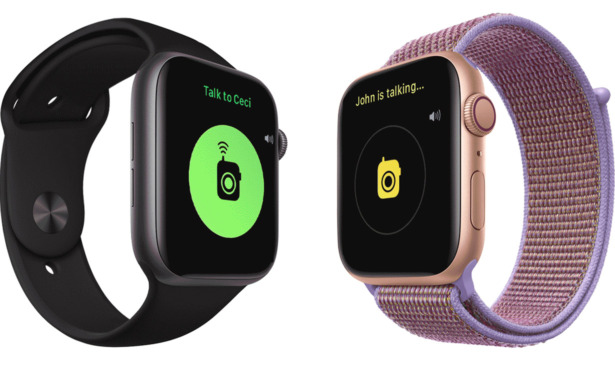 Not really a substitute for any of the above, but you can also use Apple’s Walkie Talkie feature for a quick chat or just some retro fun.

For this to work, both you and the person you’re trying to contact need an Apple Watch Series 1 or later (ie not the original Apple Watch) with watchOS 5.3 or later, and you’ll both need the FaceTime app on your iPhones.

We think Apple’s ‘cheap’ option will be a better shout for most people than the pricier flagship Apple Watch Series 6, unless you want the latest health features that the Series 6 has to offer. There’s no doubt they’re both impressive models, though.

When a call comes in, you can answer through your iPhone or your watch, or reject it with a preset message such as ‘Can I call you later?’ We found it easy to make calls through the watch and were impressed by both the speaker and the microphone: sound came out loud and clear, both for us and at the other end. 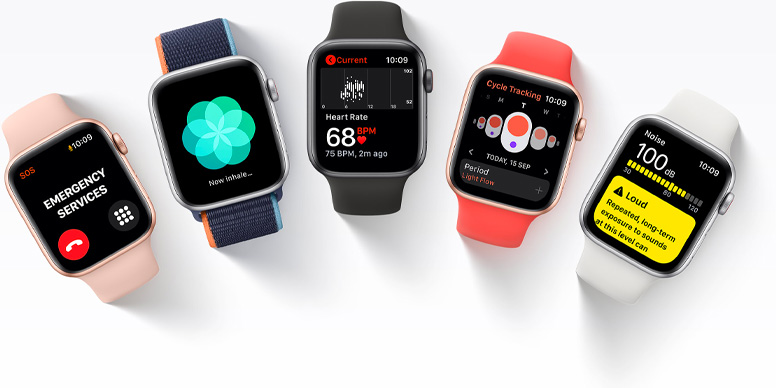 If you’re an Android user, you won’t be able to use an Apple Watch. If you have an iPhone, read our full Apple Watch SE review to discover its other features. 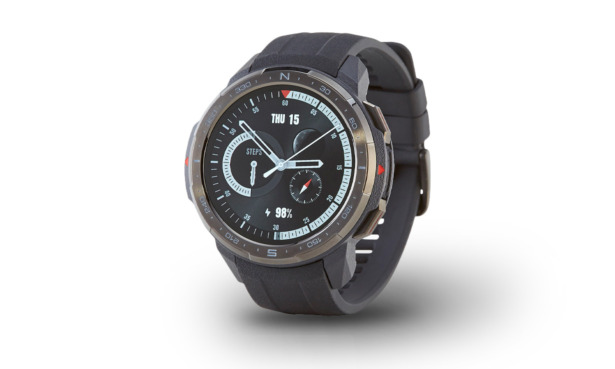 The Honor Watch GS Pro is a large, rugged-looking smartwatch for outdoorsy types. Call quality isn’t quite up there with the Apple Watch SE, as voices sound a little scratchy, but still impressive overall.

Its smart features are actually fairly bare bones otherwise, though (pretty much limited to notifications and control for music playing from your smartphone). But it has a vast range of sports and exercise-tracking features, including tracking for more than 100 types of activity, built-in GPS, blood oxygen monitoring and VO2 max estimates.

There’s no LTE version, so you will need your phone handy to have calls through the watch, but it can stay safely at the bottom of your rucksack on an expedition and you won’t need to faff about retrieving it.

Read our full Honor Watch GS Pro review to find out more. Or head to our guide on buying the best smartwatch which sets out everything you need to consider before you take the plunge.