The European Commission plans to ban the use of the food additive titanium dioxide (E171) following the results of a new safety assessment by the European Food Safety Authority (EFSA).

The food colouring, which is used in products such as toothpaste, sauces, white chocolate, chewing gum and icing, can no longer be ruled out as a cause of cancer, says the EFSA.

Findings from the EFSA’s latest assessment into E171 found that genotoxicity – the ability of a chemical substance to damage DNA – of titanium dioxide particles could not be ruled out. Genotoxicity can lead to carcinogenic effects.

What is E171 and what’s the problem with it?

E171, otherwise known as titanium dioxide, is a food colouring used to make products look brighter or whiter. It’s found in white chocolate, sandwich spreads, soups, and numerous other food stuffs. It can also be found in medicines, paints and cosmetics.

Question marks have surrounded the additive for a number of years, with the International Agency for Research on Cancer (IARC) declaring E171 as possibly carcinogenic to humans as early as 2006.

French authorities banned its use in foods being placed on the French market back in January 2020.

Results from the EFSA’s previous assessment of titanium dioxide in 2016, however, were inconclusive and at the time they highlighted the need for more research to fill data gaps.

The EFSA’s latest conclusion is based on thousands of new studies carried out since 2016, including assessments using new findings on nanoparticles.

The findings relate only to the use of E171 as a food additive.

Although the EFSA itself makes no ruling on a ban, European member states will meet later this month to discuss the findings and is expected to propose a ban of titanium dioxide throughout the EU.

Following @EFSA_EU‘s new scientific opinion on the food additive E171, we will propose to ban its use in the EU.

🔹Discussions with Member States will start this month.

🔹Our priority is the health of citizens and the safety of the food they eat.#EUFoodSafety

What does the UK Food Standards Agency say?

While the UK is no longer a member of the EU, food regulators here will be taking notice as we may well follow any EU ruling.

‘The opinion issued yesterday by the European Food Safety Authority on the safety of titanium dioxide as a food additive will be scrutinised by the independent scientific advisory committees that advise the FSA, alongside existing scientific evidence.

‘This review will help decide what next steps are needed to safeguard consumers and will inform future policy.’

Which foods sold in the UK contain E171? 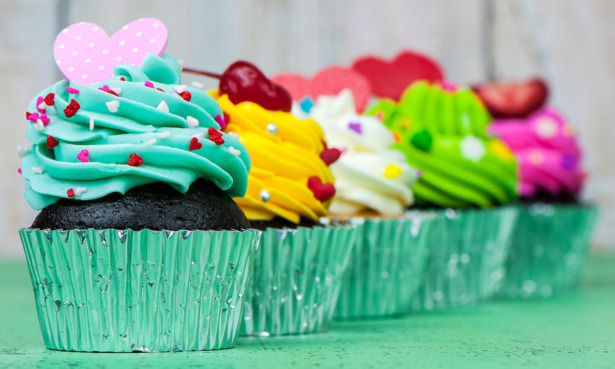 We’ve taken a look at some of the food stuffs that titanium dioxide has commonly been used in, and we haven’t seen it in a wide range of products sold in the UK.

If you do spot it, you’re most likely to find it in the baking aisle of your local supermarket. We’ve seen it in the ingredients of cakes, sprinkles, ready-made icing, and edible glitter. We also spotted it listed as an ingredient in some supermarket versions of horseradish sauce.

If you’re concerned, you should check the ingredients label before purchase.