People on TikTok are sticking garlic cloves in their nostrils to clear congested sinuses. Tempted to try it? Medical experts would advise you to think again.

In videos that will turn your stomach if you’re at all squeamish, Tik Tok users take two peeled garlic cloves and stick one up each nostril. After a bit of time, cut to garlic cloves being pulled out of the nose, followed by large trails of slime.

The original garlic-clove-up-nose video has had more than five million views at the time of writing, and the hashtag ‘#garlicinnose’ has been viewed 64 million times.

For those who don’t mind a bit of silliness, or are sick of being bunged up, it might look like quite a satisfying way to clear your nasal passages. But realistically, it’s likely to cause more problems than it solves.

And, while it’s unlikely that many of these viewers are actually giving it a go – its ongoing popularity has alarmed medical experts enough to warn against it.

Video: Why putting garlic up your nose is a bad idea

It’s not a heading we ever imagined writing, but such is the reach of this viral video, it warrants a bit of a warning.

We asked top nasal expert Carl Philpott, Professor of Rhinology & Olfactology and Head of the Rhinology and ENT research group, to explain why this little health ‘hack’ could actually be harmful.

He told us that placing garlic in the nose causes an irritant reaction, and that’s where the mucus is coming from. So rather than clearing mucus from the nose, this method simply creates more, quite possibly worsening congestion.

It could also cause itching, burning or even bleeding by damaging the mucus membrane in the nasal passage.

So, better to put those cloves to good use making dinner rather than shoving them up your nose.

What does help a stuffy nose? 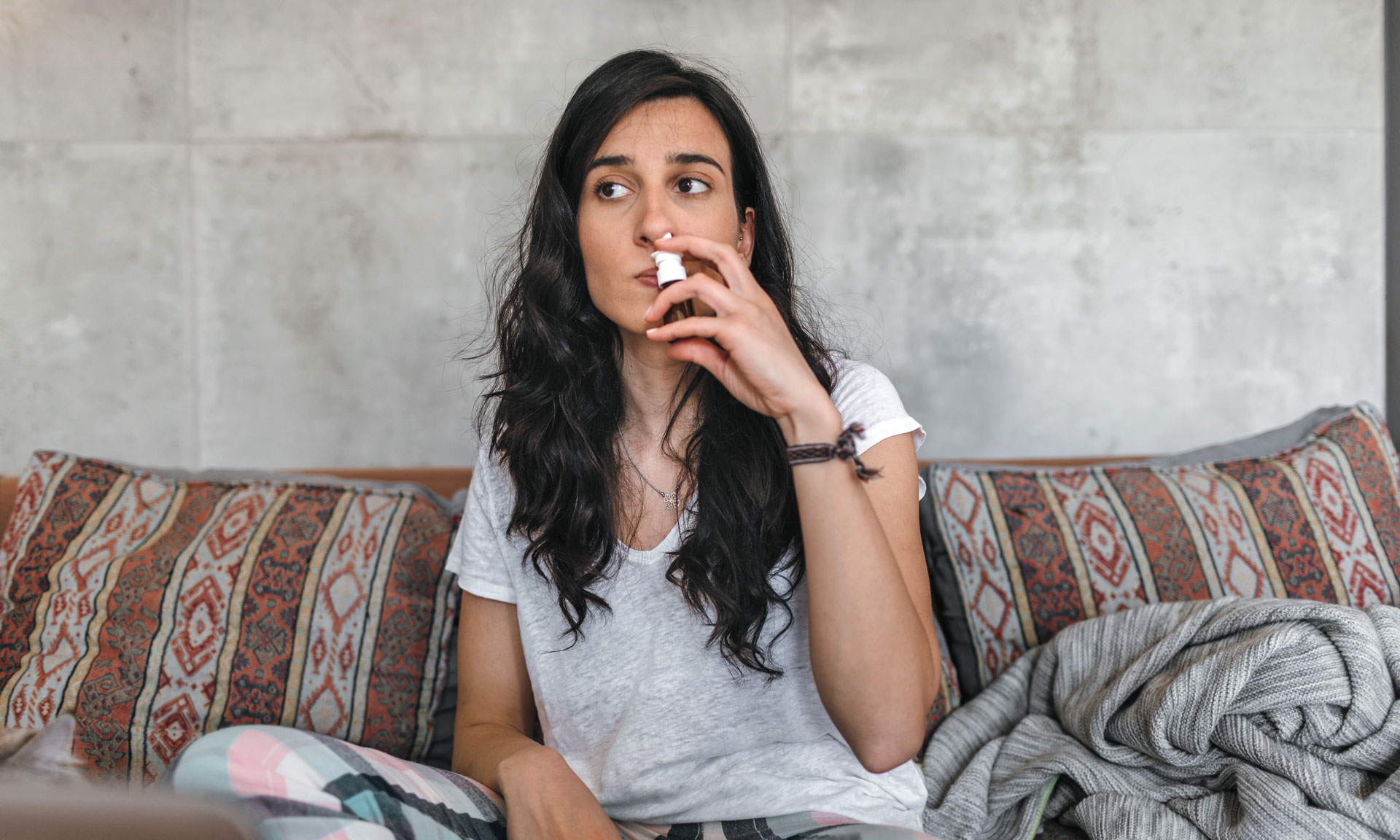 If you’re struggling with congestion and blocked sinuses, either from hay fever or a summer cold, the best first port of call is to try a nasal steroid spray, or (if you’re after a ‘natural’ remedy), nasal irrigation with saline solution – essentially sterile salt water.

You can buy saline nasal irrigation products or you can do it yourself at home as per this NHS guide, with a solution of salt, bicarb soda, and boiled then cooled water.

Generic painkillers can help with headaches and pain associated with blocked sinuses.

If you’re looking for hay fever symptom relief, you can also check out our guide to natural hay fever remedies to find out which ones to consider and which are a waste of money.

If you’re at all unsure, it’s best to discuss options with your local pharmacist or your GP, who can advise you on the right treatment for you.

The truth about health drinks – we reveal which ones live up to the hype, and which are just good marketing