McDonald’s is finally launching a plant-based burger: the McPlant, meaning all the major fast food brands now offer a flagship vegan option for those wanting their burger fix to be meat-free.

The McPlant burger is inspired by the brand’s classic Quarter Pounder Deluxe and contains a pea-protein-based patty (made in collaboration with US brand Beyond Meat) and specially made vegan ‘cheese’ and sandwich sauce, along with lettuce, onion, tomato, pickles, ketchup and mustard.

McDonald’s is the last of the big three UK fast food chains to offer a vegan burger. The McPlant will launch at the end of September – initially in just 10 locations in Coventry – before expanding to more than 250 locations from 13 October, with a nationwide rollout expected in January 2022.

We’ve taken a closer look at how the McPlant burger measures up to vegan offerings from other fast food chains, so if you’re looking for a meat-free fix while on the go (or delivered to your door) read on to find out more about vegan options from McDonalds, Burger King, KFC, Nandos and Subway.

Want the best vegan burgers at home? Find out which supermarket brand beat the Beyond Burger.

We’ve come a long way since Gregg’s vegan sausage roll caused a stir when it arrived in January 2019.

You can now get vegan options in almost all fast food chains, although some are limited to only select locations, so it’s worth checking if your local restaurant serves it before you make the trek.

We’ve focused on vegan options that aim to recreate the taste and texture of meat, for those looking to cut down but who still love a meat-like meal. 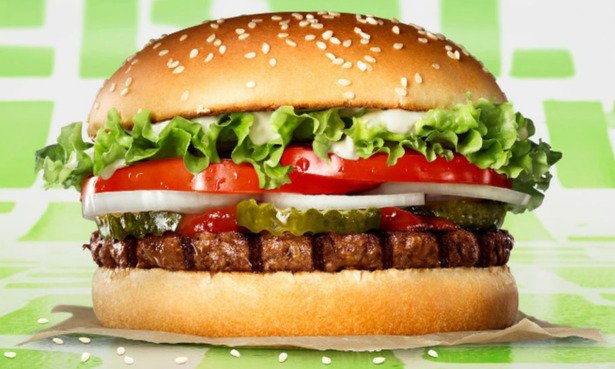 The Plant-Based Whopper had a brief trial stint when it first launched in January 2020 (then named the Rebel Whopper). In April 2021, it was relaunched nationwide.

It’s based on the signature Whopper, but it of course has a vegan ‘beef’ patty and vegan mayo. All the other ingredients remain the same.

Perhaps best of all is that Burger King’s vegan meals cost the same as their meaty equivalents.

After controversy arose that Burger King cooked its vegan burgers on the same equipment as meat patties, the brand confirmed that it now has a strict cooking process to make sure it’s kept completely separate from meat, dairy and egg products. 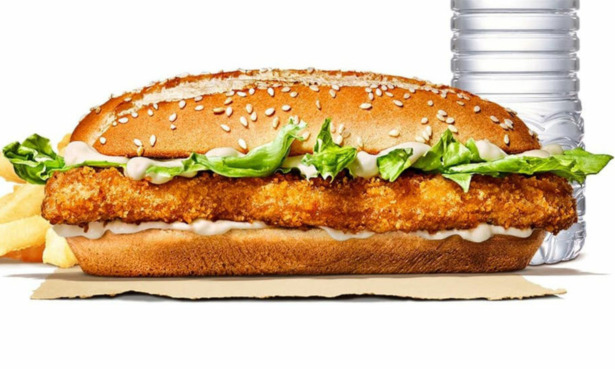 The Vegan Royale launched alongside the revamped Plant-Based Whopper in April 2021.

It’s based on Burger King’s classic Chicken Royale and as such has a vegan ‘chicken’ fillet and mayo. All the other ingredients remain the same.

Just as with the Plant-Based Whopper, the Vegan Royale is the same price as the Chicken Royale. 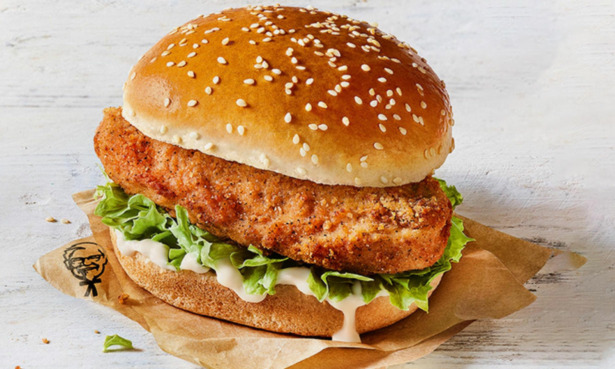 According to KFC, its teams ‘use separate utensils and storage units to make sure vegan ingredients don’t come into contact with meat products’.

But it’s worth noting KFC fries are cooked in the same oil as Popcorn Chicken, so you can’t get a vegan meal deal from KFC; if you want fries with your vegan burger, they need to be bought separately. 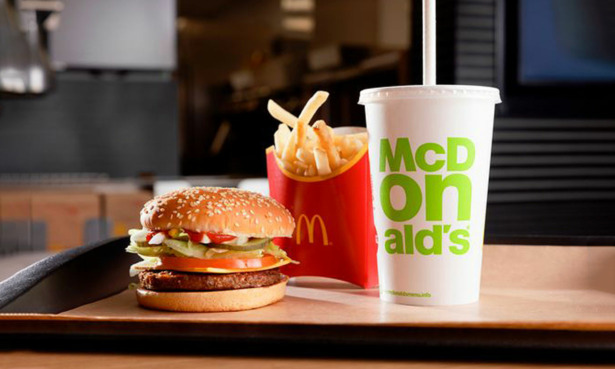 The new McPlant is modelled on a Quarter Pounder Deluxe and contains 420 calories – around the same as a meat-based double cheeseburger.

At 420 calories, the McPlant is also the least calorific vegan burger.

McDonald’s will trial the McPlant at 10 sites in Coventry towards the end of September, before rolling it out nationwide in October. It’s due to be available everywhere from January 2022.

McDonald’s has confirmed that the burger will be cooked on a separate grill and with separate utensils just for its plant-based offerings.

McDonald’s also has a few vegan main options available nationwide, including Veggie Dippers and the Spicy Veggie wrap. The ‘Vegetable Deluxe’ may look similar to the other vegan options, but it comes with a mayonnaise-like ‘sandwich sauce’ that contains egg, and the bun ‘may contain traces of milk’. 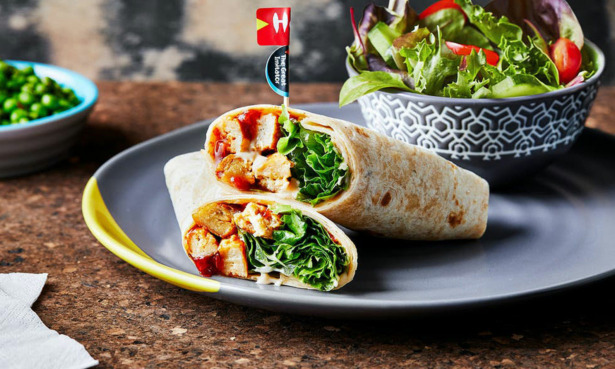 Nando’s plant-based Peri-Peri chicken alternative launched in October 2020 and is made from pea protein.

It’s only available in a wrap, although you can still choose your spice level (medium for me, please).

Nando’s can’t confirm that it won’t come into contact with meat and animal products in the kitchen, so it’s probably more flexitarian-friendly than for strict vegans. 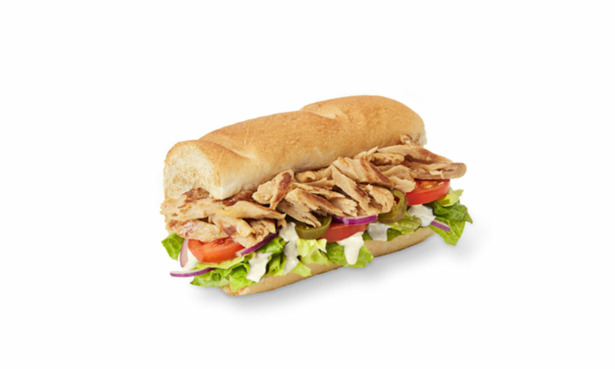 Subway has long had vegan options, including the vegan patty, but it recently launched ‘Tastes Like Chicken’ (TLC), which switches out grilled chicken for a plant-based substitute.

It also now has a vegan alternative to its famous meatball marinara. The vegan ‘meatballs’ are covered in the same marinara sauce and topped with plant-based mozzarella-style ‘cheese’ slices.

What is plant-based meat? 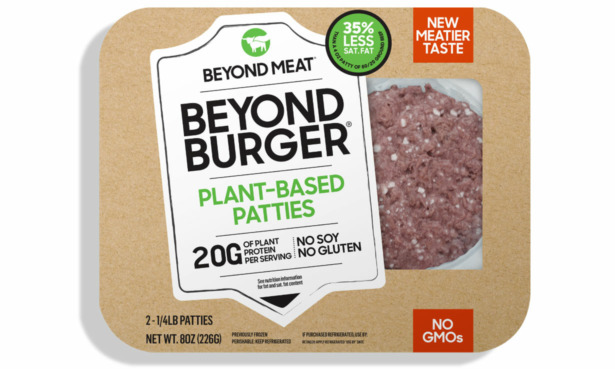 ‘Plant-based meat’ may sound like a bit of an oxymoron, but it’s essentially vegan ingredients that come together to imitate the taste and texture of real meat.

Not everyone will want a burger or meal that replicates the experience of eating meat, but if you’re cutting down and miss your meat they could be for you.

There’s been a huge rise in the options available both in supermarkets and restaurants recently, from chicken dippers to burgers, mince, and sausages.

Plant-based meat is typically made from protein from either soya beans or peas. Some, such as the Beyond Meat burger used by McDonald’s, are designed to ooze with juices just like a meat burger will.

When we tested burgers, we found that some cheap supermarket vegan burgers beat ones from Beyond Burger. So if you’re keen to test the water, read our vegan burger taste test reviews to see which supermarket options are worth buying – and how the big brands compare.

We have also taste-tested vegan and veggie sausages, so read our story to find out if spending more on vegan sausages gets you a tastier banger.

You can see the results from all our recent taste tests, including the best houmous, best tinned sweetcorn, best baked beans and the best mayonnaise in our food and drink reviews section.

Price and availability information correct as of 9 September 2021