Control issues, poorly-made apps and flimsy propeller guards were some of the regular concerns we had when we recently tested eight of the UK’s bestselling kids’ drones.

Kids’ drones are already proving popular in the run up to Christmas, but did you know they don’t come under the same strict regulations as full-size drones because they’re considered to be small toys?

If you’re thinking about buying one for your child this Christmas, find out the five key issues we spotted in several of the kids drones we tested. So you can bear them in mind when weighing up whether or not to buy a toy drone for your kids or grandchildren.

Or head straight to our page drones for kids, which has full details of what we thought of each kids’ drone we flew in our tests. 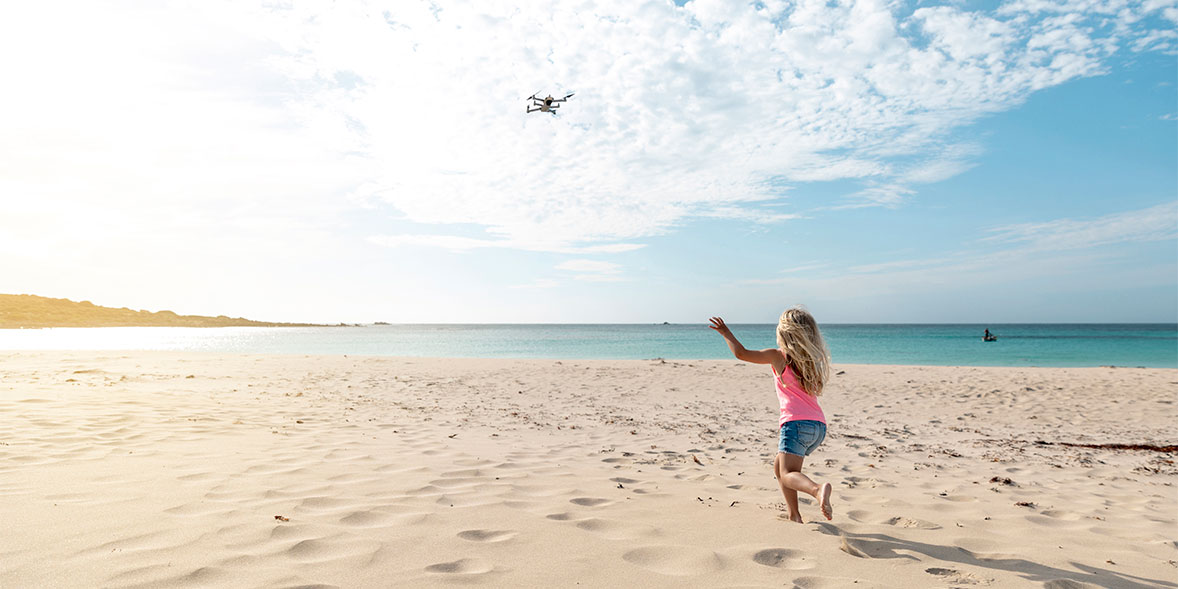 1) They often fly off in random directions

We were hoping to find a high degree of control and excellent responsiveness from the kids’ drones when in flight.

This is especially important for beginner drones such as these, as children are likely to be new to drone flying and are unlikely to be able to command drones as intricately as more experienced, older flyers can.

Sadly almost all of the eight drones we tested suffered badly from drift, which means that when the drone is supposed to be hovering, it instead veers off in a random direction.

Most drones have tilting controls, which are designed to combat drift by giving you the ability to tilt the drone against the direction of the drift, helping it stay in place.

However, in our tests the tilting controls proved largely ineffective at preventing the drones from flying away. This resulted in more than a few crash landings and will likely limit the fun your child will have flying the drone. 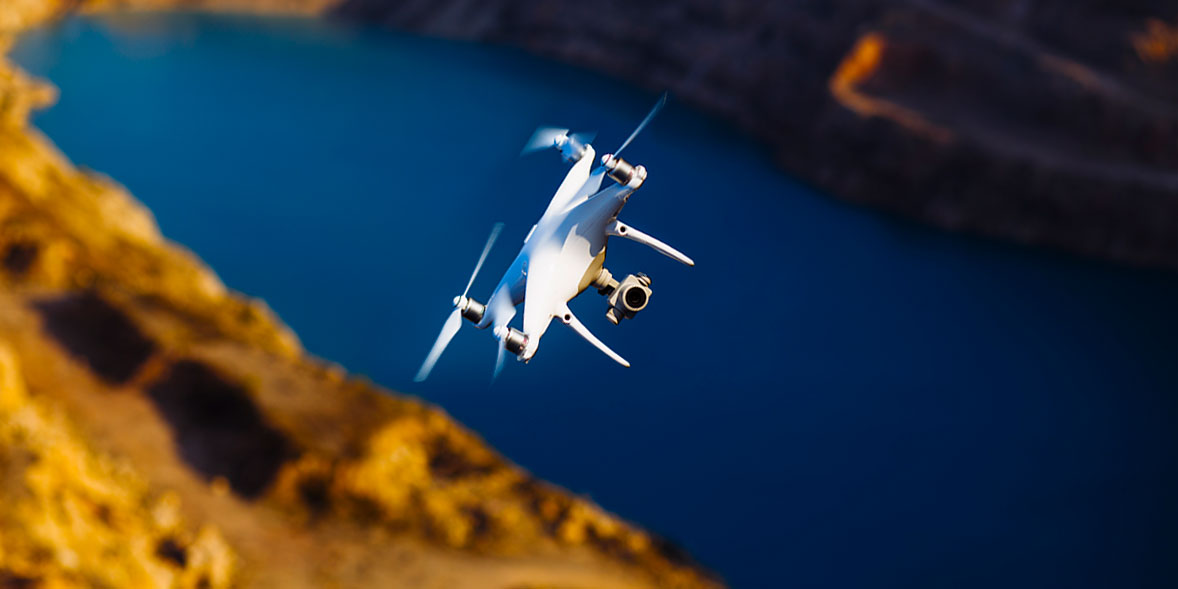 2) The slightest breeze can throw them off course

To be classed as a toy drone, or one that avoids the requirement for a drone licence to be flown legally in the UK, the drone must weigh less than 250g.

All of the drones we tested were under this weight – some weigh even less than 50g – and this means that very little force is needed to disrupt their flight paths.

Our tests took place outdoors on calm, mild days, and we were still surprised at just how easily some of the drones could be blown off course.

In several cases even the gentlest breeze sent the drone careering off in an unintended direction, and there was little we could do to prevent that from happening.

We’d strongly advise against letting your child fly their toy drone indoors, but outdoors the drone is very likely to face some wind interference even on the calmest days.

So there isn’t really an ideal environment in which to fly drones that are this light and small, unless you happen to own a very large and empty warehouse. 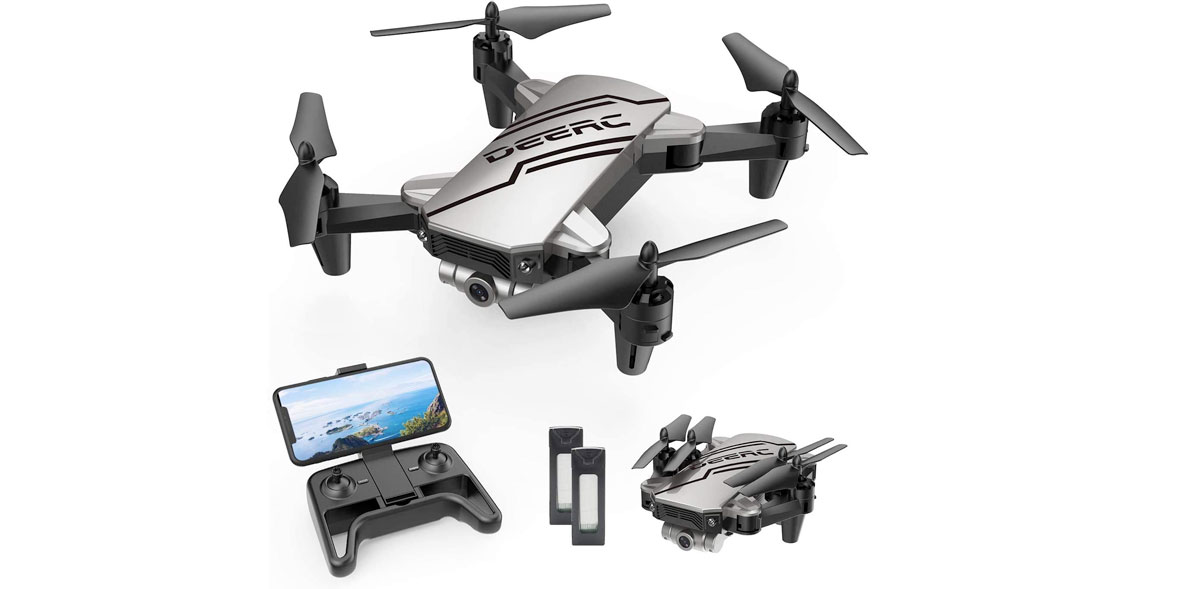 One of our biggest concerns across our kids’ drones tests was how little protection the propeller guards provided to both the drones and the objects they might hit.

Most of the drones we tested come with plastic propeller guards which can be detached either for replacing, or to let you fold up the drone to store it away.

Some were also minimal in their coverage of the blades. One drone, the DEERC D20 Mini (pictured above), had propeller guards so thin that they barely covered a centimetre of the area where the propellers were spinning.

If you’re considering alternative gifts for the kids in your life this Christmas, check out our recent reviews of popular kids’ cameras. 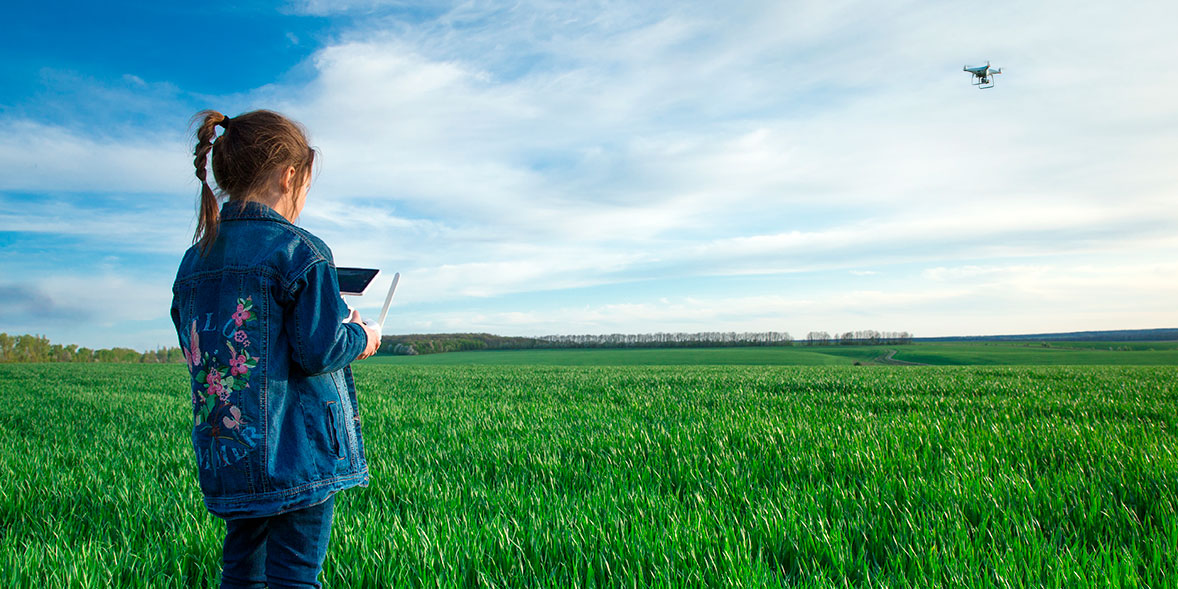 Although the average stated range of the kids’ drones we tested is 60m, we noticed several of them became almost impossible to control at much shorter distances.

If the conditions were calm, we were able to maintain a reasonable level of control when flying most of the drones we tested.

However, once the distance was around 10m, several of them became much more difficult to command, with severe input lag creeping in that put lengthy delays between us pressing buttons and the drones responding.

Combine this with a scenario where the breeze picks up slightly and sends the drone even further away from you, and you’re very likely to be picking through the bushes to find where it’s crash-landed. 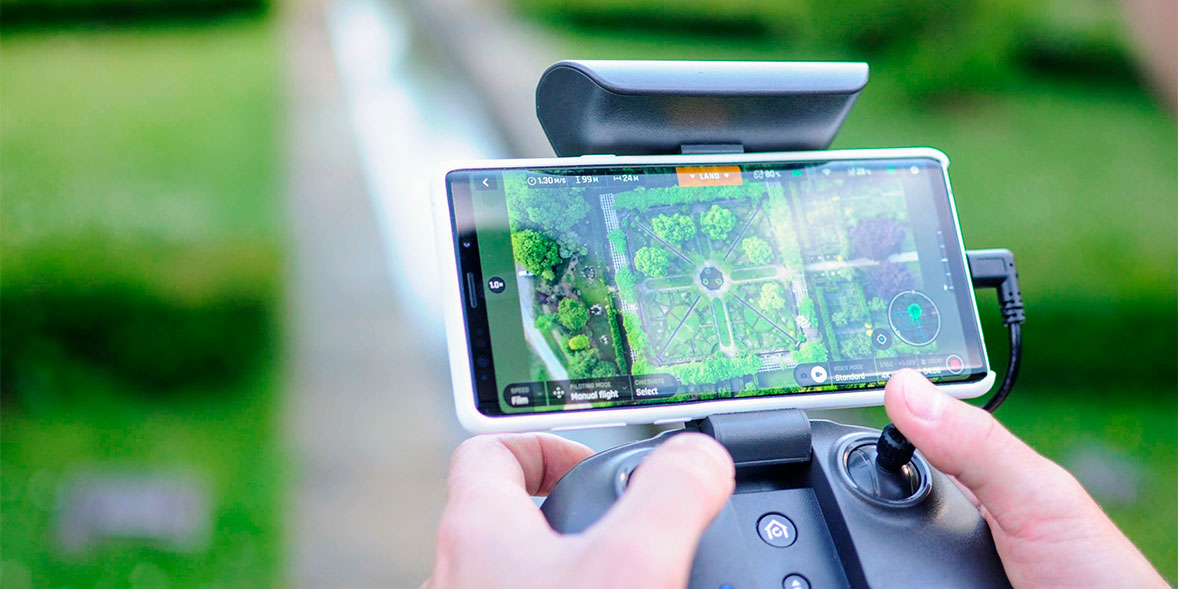 Five of the eight kids’ drones we tested have built-in cameras, which allows you to shoot videos and photos as well as provide a first-person view from the drone streamed directly to your smartphone.

To do this, the drones have companion apps that need to be downloaded before they can be tethered to your smartphone and can stream the live camera feed to your phone.

While a couple of them worked fine, there were several instances where we found ourselves unable to connect the drone to our smartphone at all.

Several of the apps also appeared to be poorly designed and lacking in support or helpful information, and we’re concerned that these apps might not have had as much care put into their development as they should.

We’ve sent the kids’ drones off to one of our expert testing labs to find out if they provide adequate internet security and privacy protections, and will be updating our drones for kids page with the results once our tests are complete.

Smart toys – should you buy them? Find out what we uncovered in our investigation