Hexham in Northumberland has been named the happiest place to live in Great Britain.

The market town beat Richmond upon Thames in Greater London and Harrogate in North Yorkshire to the top spot in Rightmove’s Happy at Home Index.

Hexham topped the charts in this year’s Happy at Home Index, with residents giving the town top ratings for community, feeling of belonging and access to green spaces.

Hexham won the award in 2019, but lost out to St Ives in last year’s survey. Rightmove says asking prices in the town have risen by 6% in the last 12 months, but remain below the national average.

Elsewhere, Richmond upon Thames was voted the happiest place in London for the sixth year in a row, while Stirling topped the table for Scotland, and Llandrindod Wells won in Wales.

Rightmove surveyed more than 21,000 people to find out how they feel about their local area. Residents were asked to rank their town on 10 ‘happiness factors’.

Hexham in Northumberland is known for its historic buildings, including its 800-year old market place and the famous Hexham Abbey.

The town boasts excellent transport links to Newcastle and Carlisle, as well as an abundance of independent restaurants, bars and cafes. 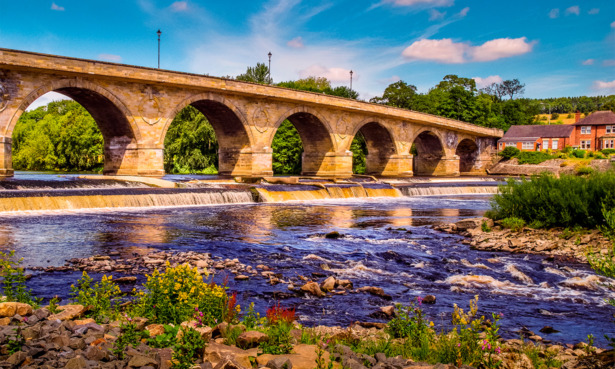 Richmond upon Thames is one of the most expensive places to buy or rent a home in Great Britain – but it’s also one of the happiest.

The town of Richmond is known for its sprawling park (replete with wild deer), cobbled streets and celebrity residents. The borough is also home to Kew Gardens, Hampton Court Palace and Twickenham Stadium. 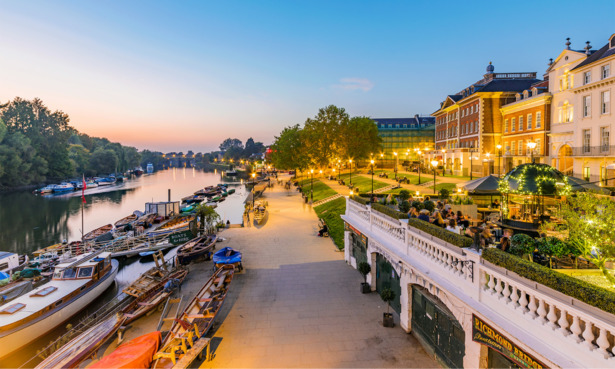 3. Harrogate (Yorkshire and the Humber)

The spa town of Harrogate is one of the most popular places to buy a home in North Yorkshire.

Harrogate is known for its thriving high street, popular bars and restaurants and excellent schools. It also boasts Harrogate Stray, a 200-acre park dating back to the 18th century. 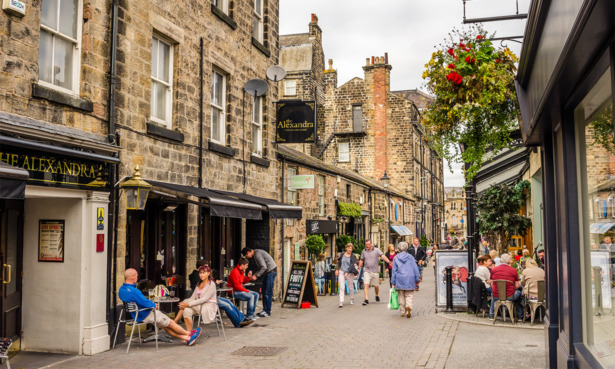 Neighbouring Brighton might be more famous, but Hove is consistently rated among the happiest places to live in Great Britain.

Hove is more laid-back than its neighbour, but boasts a similar array of amenities, from picture-postcard shingle beaches to Regency seafront buildings and excellent transport links to London. 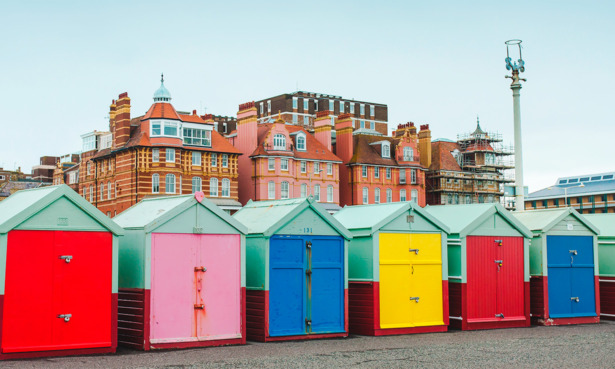 Llandrindod Wells is a spa town located in the Powys district of Wales.

It’s known for its picturesque setting and thriving local community. The town always ranks highly in Rightmove’s study, having finished fifth in 2019 and fourth in 2020. 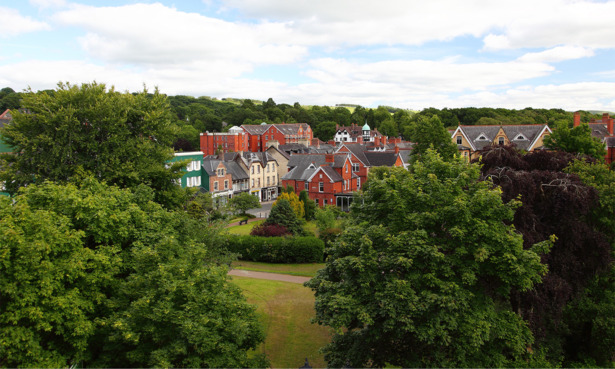 The table below shows the top 20 happiest places in Great Britain.

The most expensive area in the top 20 is Richmond upon Thames in Greater London, while the cheapest is Perth in Scotland.

The good news for bargain hunters is that only nine of the top 20 areas have asking prices higher than the UK average (£342,401).

The happiest towns in your region

To find out the top five happiest towns in your area, simply hover over your region on the interactive map below.

Village dwellers likely to be happiest

Rightmove’s research found that people who live in villages are more likely to be happy with their area than those in towns or cities.

The property portal says village-dwellers are more likely to feel a sense of community in their area and have access to nature and green spaces.

A record year for movers

Rightmove predicts that by the end of the year, 1.5m house moves will have taken place, with buyers buoyed by the recent stamp duty holiday.

The portal found that 69% of home movers in 2021 chose to move to a different area. The happiest respondents were those who moved from a town to a village.

Tim Bannister of Rightmove says: ‘It is fascinating to see that people who moved in the last 12 months were more likely to be happy in their areas than those who did not.

‘Whether it may be a couple looking for a small change in the same area, tenants looking for more space, or a family completely changing their lifestyle and moving from the city to the coast, this has been the year that people have really seized the opportunity to move, and turned ideas into action.”