Thousands of Amazon sellers are using Twitter to gain five-star reviews on more than 130 brands by incentivising shoppers with refunds, our latest investigation has found.

One Twitter user shared a spreadsheet of more than 22,000 listings and was following almost 800 other Twitter profiles. Another, based in India, told our team they had ‘more than 10,000’ products for sale on Amazon that they were looking for positive feedback for.

Which? has looked into multiple methods of review manipulation over the past few years and first discovered review groups on Facebook. Our latest investigation shows how Facebook is still fuelling Amazon’s fake reviews problem.

But it isn’t the only platform contributing to the issue, as review agents working on behalf of Amazon sellers are also using Twitter to produce glowing product recommendations.

Which? went undercover in October 2021 to reveal Twitter profiles that appeared to be looking for people to write positive reviews on Amazon listings in exchange for refunds.

Using a fake Twitter profile to pose as an incentivised Amazon product reviewer, we searched for phrases such as ‘Amazon freebies’, ‘Amazon free product seller for good reviews’ and ‘free Amazon products for review’, and unearthed dozens of users.

We got in touch with 30 profiles, and while 11 (37%) didn’t get back to us, the remaining 19 did, and others followed our page within a few weeks of posting our first tweet about wanting to become an Amazon product reviewer.

The majority of profiles said they were based in China, as well as India, Pakistan and the US, and were looking for reviewers in countries, including Australia, Canada, France, Germany, Italy, Japan, Mexico, the Netherlands, Russia, Saudi Arabia, Spain, Sweden and the UAE. 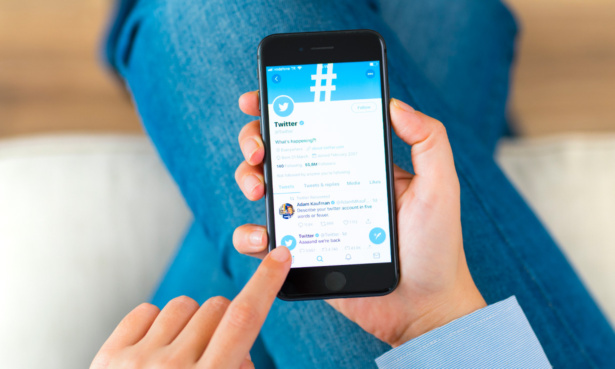 These review profiles rapidly began sharing a list of products we could review and then get a refund for, including beauty items, children’s toys, clothing, earbuds, fake hair, smartphone cases, stationery and underwear.

When we asked one agent how the process for getting refunded for buying Amazon items worked, they said we’d be reimbursed ‘in exchange for positive five-star reviews’.

One confirmed they would refund us half of the products’ cost, plus the postage and packaging fees, before our purchase and the other half after we published a five-star recommendation with an accompanying photo or video. They also assured us that they ‘promote honest sellers’ and ‘don’t work with scammers’.

In addition, another agent incorrectly shared that Amazon had a policy to not allow shoppers to buy more than one thing from each seller at any one time.

While three were suspended from Twitter during the course of our investigation for ‘violating’ its rules, many have gone unpunished, with one profile being live since November 2017.

In addition, two further profiles also reached out to ask if we wanted to positively review Amazon items in return for refunds after we tweeted about our interest in becoming a reviewer. 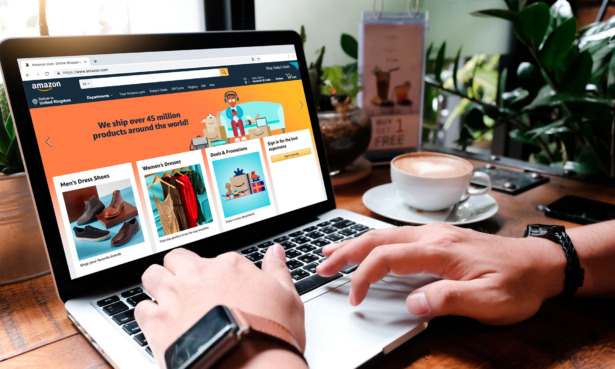 Thousands of items were shared with Which? by the agents using Twitter as a means to gain incentivised reviews. Several sent spreadsheets of thousands of products, while others sent individual listings for us to choose from to review positively.

In total, 53,065 listings from 132 brands were sent to our researchers. Which? was able to confirm details, such as brand names of dozens of these items with the review agents we spoke to on Twitter. Among these dozens of products, seven were Amazon’s Choice.

One of these Amazon’s Choice listings – a pair of magnetic eyelashes – was also purchased as part of a previous Which? investigation looking at how Facebook groups facilitate take and incentivised reviews for listings on Amazon.

The Facebook user who sold us the eyelashes asked us to give them a five-star review. When we refused, instead giving the eyelashes two stars, we were then offered a refund alongside a £15 gift card if we deleted our negative feedback a few days later.

Amazon doesn’t actively select the products it labels as Amazon’s Choice – this is decided by an algorithm, but it seems some sellers have found ways to game it. The badge is based on reviews, pricing, shipping availability and other undisclosed criteria. An Amazon Chat assistant told us while undercover that the badge is designed to shine a spotlight on ‘outstanding’ listings that ‘have been singled out as better in price and quality than others’.

Which? Calls for stronger action against incentivised reviews

With the Competition and Markets Authority (CMA) conducting its ongoing probe into fake reviews, our findings add further weight to our calls for the regulator to take strong action against websites such as Amazon and Twitter that aren’t doing enough to detect and prevent fake and incentivised reviews and review practices.

Rocio Concha, Which? director of policy and advocacy, said: ‘Facebook and Twitter are failing to adequately tackle fake review factories on their platforms, making it easy for unscrupulous firms and fake review agents to evade weak checks by some of the biggest online platforms and shopping sites. This risks seriously undermining consumer trust in online reviews.

‘Facebook must prove that it’s taking effective action having repeatedly made commitments to the regulator that it would crack down on fake review trading. The CMA should also consider investigating Twitter over this issue.

‘The government plans to tackle fake reviews as part of its consumer and competition reforms, and should bring forward new laws to banish these exploitative practices as soon as possible.’

Twitter told us that it uses both technology and human review to proactively and routinely tackle attempts [of] platform manipulation, and ‘mitigate them at scale by actioning millions of accounts each week for violating our policies’.

It added: ‘We are constantly improving Twitter’s auto-detection technology to catch accounts engaging in rule-violating behaviour as soon as they pop up on the service.’

Twitter has suspended all the profiles we shared with it for violating its rules.

Amazon told us: ‘Fake reviews mislead consumers, disadvantage small business sellers and foster an underground economy. We innovate and invest to help ensure that only authentic reviews appear [on Amazon], have clear policies that prohibit reviews abuse and we take action against those who violate these policies.

‘We take our responsibility to monitor and enforce our policies seriously, so customers can shop with confidence. When we detect groups on social media platforms soliciting fake reviews, we quickly report them to that site to have them taken down. However, Amazon and other retailers can’t do this alone. Only when regulators, law enforcement, social media sites and retailers work together will these fraudsters be stopped. We won’t shy away from taking legal action.’

Amazon advises shoppers who ‘doubt the credibility’ of a product review to use the ‘report abuse’ link below each one.

Have you experienced fake or suspicious review activity online? Report it to our team at fakereviews@which.co.uk