How we test Blu-ray DVD players

We independently test a wide range of Blu-ray players to help you choose the best model, and to be sure that each one really does live up to its claims.

Our reviews answer the most crucial questions about  Blu-ray DVD players:

What's the Blu-ray player picture and sound quality like?

Viewing and listening tests in our purpose-built room forms the backbone of our Blu-ray DVD player testing. Each player is connected via HDMI sockets to a high-quality TV and compared to a benchmark Blu-ray player (connected to an identical TV).

As 4K TVs make their way onto the shop shelves and into living rooms, so too are players capable of upscaling Blu-ray discs to 4K resolution. If you've bagged yourself a brand new 4K TV, you can see whether or not the player you want will upscale HD Blu-rays in decent quality or not.

This feature is made possible due to a clever mixture of both software and hardware, meaning that it can differ from device to device and manufacturer to manufacturer. When executed well it looks like you're watching true 4K footage on that lovely TV of yours. When executed poorly, it simply looks like a distorted, blurry mess.

How quick and easy is the Blu-ray player to use?

Our ergonomics experts then go through an extensive process trying out the Blu-ray player's various functions and features in the way consumers would use them, then assessing how easy and intuitive each is to use and whether there are any significant drawbacks that would prevent us from recommending the product.

Switching on and opening the tray takes about 10 seconds on a normal DVD player, but some players are much slower, especially when loading a Blu-ray disc. We witness the most slothful taking twice as long to load one, never mind playing the Blu-ray disc itself. Cup of tea anyone?

A poor menu layout can also be another source of frustration, particularly if you want to use extra features like playing files from an external USB drive or accessing smart apps like BBC iPlayer. It's even worse if you find there are few apps or they're slow to load. We delve deeper to check what features you get, what it's like to use, and the picture quality you can expect when streaming video.

We give each Blu-ray DVD player we test a score, so you can see which are the best and worst, as well see how a Blu-ray player compares to other models. The score ignores price and is based on the following from our detailed results:

Blu-ray players have to score 70% or more to be named a Best Buy. Those that score 45% or less are marked as Don't Buys.

Which? tests Blu-ray players with a difference

We buy every Blu-ray player we test and look at models of all types, sizes and price, from £50 basic models to the latest big-name 4K Blu-ray players priced at over £250.

We mask out brand names to eliminate any bias and sneak in the same products twice to ensure consistency. Our experts complete a lengthy score sheet that our statisticians analyse to ensure the ratings we publish represent real differences.

Underpinning this is a raft of over 50 technical tests that explore each Blu-ray player's capabilities and limits, plus around 150 feature checks, where we test and log what they can do.

Due to improvements in our testing procedures to account for new features and developments, please note that scores of Blu-ray players tested in 2013, 2014 and 2015 are not exactly comparable with each other. For Blu-ray players tested in 2014, key ratings are broadly comparable with those tested in 2013, but improvements include new clips for picture quality tests including Blu-rays upscaling to 4K, and checking the range of extra features, such as Smart TV, networking, and smartphone apps, and how easy they are to use.

Our testing procedures in 2014 and 2015 are very similar, and scores for 2014 models are broadly comparable with those you'll see for models tested in 2015 or later. Models from 2015 onwards are all tested exactly the same.

How to buy the best streaming device
What is smart TV? Best smart TVs for 2020 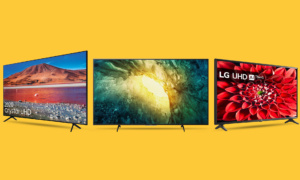 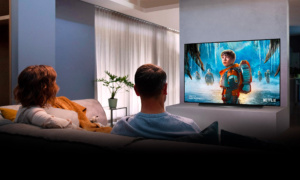 How to buy the best streaming device
What is smart TV? Best smart TVs for 2020 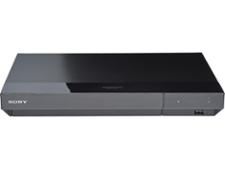 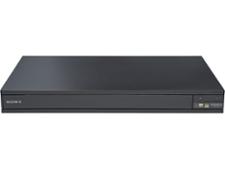