Bag a bargain fitness tracker or watch, with our pick of the best budget models for under £50 and under £100
CW
Christina Woodger
In this article
You could spend more than £200 on an advanced fitness tracker, but fortunately there are plenty of quality budget options available as well. Big brands such as Garmin, Fitbit, Huawei and Xiaomi all produce cheaper models, and they've all been through our tough test lab.

We’ve found budget models with a wide range of features that are perfect for getting started, but we've also found trackers that are inaccurate, uncomfortable and no fun at all to use.

Our guide to the most accurate fitness trackers and smartwatches, reveals how each model scores on steps, distance and heart-rate.

While it's not as common to find Best Buys for under £50, there are still some good options for those on a tighter budget.

It's rare for a tracker at this price point to be good enough to earn our Best Buy recommendation, but this one does. It accurately tracks metrics such as heart rate, GPS-based distance and steps on a walk (it's less accurate for steps around the house). Our only big complaint with it is that the screen times out very quickly, even when you're using it.

A surprisingly impressive cheap tracker, given Samsung's previous cheap trackers haven't impressed. It's fantastic choice at tracking steps. And it offers various sports modes including walking, running, cycling, swimming and indoor rowing. It doesn't come with built-in GPS, though, and its heart rate monitor isn't great either. So it's a better choice for someone getting into exercise than for someone who's already a keen sportsperson.

This is a cheap fitness tracker, but has plenty of features, including more detailed swim-tracking than you'll find on most similarly-priced trackers. It tracks steps accurately, too. Its heart rate monitoring is often inaccurate, though. And it will need to use your phone's GPS to track your running or cycling route.

Browse all reviews of fitness trackers under £50.

Up your budget to £50-£100 and you'll have more options available to you, including trackers with built-in heart rate monitors, more advanced sleep-tracking, multi-sport tracking modes and built-in GPS, meaning you can leave your phone at home and it will still track your run.

It tracks many metrics accurately, it's easy to use and it's comfortable to wear, so you won't be tempted to give up on it and stick it in a drawer after a few weeks' of use. It has built-in GPS, a heart rate monitor, sleep-tracking, a pulse oximetry sensor and more. The only annoyance is that the screen can be hard to read when you're exercising outside on a sunny day.

We love this fitness tracker. It tracks steps, distance and heart rate accurately, it's comfortable to wear, it's intuitive to use and it's waterproof for wearing in the pool. It doesn't have GPS, though, which is disappointing - meaning you'll need to keep your phone on you if you want it to track your running or cycling route.

Not a recent model but it's simple, accurate and comfortable, and it's great for everyday activity monitoring.

Browse all reviews of fitness trackers under £100.

Which brands make the best cheap fitness trackers and smartwatches?

Both Fitbit and Garmin have produced a wide selection of fitness trackers and watches, some over £100 and some under. Of the adult Fitbits you can still buy new, the cheapest is the Fitbit Inspire HR (currently £90 from Fitbit).

Many manufacturers of cheap trackers emulate the Fitbit style, so, if you want something more basic than a Fitbit, you could opt for a slightly cheaper brand and save money.

Head to our full list of Fitbit tracker reviews to read all our reviews.

Like Fitbit, Garmin is a big name in the world of activity tracking. Other than its children’s activity trackers, such as the Garmin Vivofit Jr 2 (£28), you won’t find any ultra-cheap Garmin devices. The cheapest Garmin tracker we’ve reviewed is the Garmin Vivofit 3 (£50). It has a very small screen: you’ll have to head to the Garmin Connect app to see most of your data. It doesn’t need charging, as it contains a coin cell battery which should last a year. If your main aim is to keep an eye on your daily activity, and you don’t need in-depth sports-specific metrics, this could make a good choice.

Garmin has a handful more for less than £100, including the Garmin Vivofit 4 (£63),  Garmin Vivosmart 3 (£85) and Garmin Vivosport (£85). These offer some pretty good features –heart-rate monitoring, stress-tracking and (in the case of the Vivosmart 3 and Vivosport) estimates of your oxygen consumption (VO2 max estimates). They’re also waterproof for wearing in the pool but won’t give you specific swimming analytics.

Check out all our Garmin fitness tracker reviews.

Some of the cheapest activity trackers available are from Huawei. The Huawei Band 3e (£20) has a surprising range of features for such a cheap device, including in-depth running metrics. Unusually, it can be popped out of its wristband and attached to your shoe. In other respects it’s pretty basic though: its screen is monochrome (and not a touchscreen) and there’s no GPS or heart-rate monitoring – features you’d normally expect on a running tracker. So it’s best viewed as an entry-level model for those just getting into tracking their running or walking.

Some of Huawei’s pricier and more sophisticated models, such as the Huawei Band 3 Pro (£45) are often on sale, so it’s worth keeping your eyes peeled for these too. The Huawei Band 4 Pro was (£70) but is now often available for less than £50.

Cheap fitness trackers from Xiaomi, Realme, Samsung and others

A number of other brands make cheap trackers too. Models we’ve reviewed include:

These trackers can monitor your heart rate: increasingly, even ultra cheap ones can do so. They don't have built-in GPS, though. And the Realme Band doesn't have the ability to use your tethered phone's GPS either, which really rules it out for anyone seriously interested in distance tracking wanting precise distance information.

Commonly found on Groupon, Aquarius and Apachie trackers are usually very cheap, or heavily discounted, going by the advertised RRP.

Basic models are not really aimed at people who are serious about exercise – some use ‘running’ as a catch-all term for any kind of activity, for example. Some do have a rather more impressive range of features (sleep tracking, a blood pressure monitor, heart rate sensor and notifications for calls and texts), and the traditional, elongated, Fitbit-esque design makes them look appealing.

We had mixed impressions though – check out our reviews of Aquarius fitness trackers to find out more.

Lidl produces activity trackers under brand names Silvercrest and Sanitas as part of its range of healthy living products.

Lidl offers are only available while stocks last, so you’ll need to be quick off the mark if you want to snap one up, although sometimes they're also brought back.

We can't put Aldi and Lidl trackers through the same intensive tests as other wearables, because of how quickly they fly off the shelves, but we can tell you what we've thought of them when we've given them a try-out.

The ones we’ve tried out in the past have been fairly light on features (some haven't even had screens, for example, so you’ll have to view all your data in the companion app). And some haven’t been particularly stylish either, which might mean you’ll think twice before wearing it to work or going out in the evening.

More recent Lidl trackers have looked more attractive and offered sleep-tracking, heart rate monitoring and active minutes-tracking in addition to the basics, reflecting the fact that the more and more cheap trackers have these features.

Check out our Lidl fitness tracker reviews to find out how well these features work.

What to look for in a cheap fitness tracker

If none of these take your fancy, or you’re gathering information to begin your quest for a cheap fitness tracker, here’s what to expect from an ultra-cheap tracker, in a nutshell:

You can expect to get: tracking for steps, distance (based on steps) and calories – even the most basic will have this.

You’ll probably get: a screen, though there are still some which don't have one. It may well look dated and will probably be monochrome. If you buy a recent cheap tracker, you'll probably get features such as the ability to get GPS data from your smartphone, heart-rate monitoring, sleep tracking and a smattering of smart features. Whether or not these features work well is another matter. If you buy an older cheap tracker, you probably won't get these.

You might get: features such as the ability to get GPS data from your smartphone, heart-rate monitoring, sleep tracking, water-resistance and a smattering of smart features. You might get a nice design and good build; some cheaper trackers have a plasticky, flimsy feel to them, while others seem more luxurious, and have a high-resolution display.

You probably won’t get: onboard GPS (saving you from having to take your phone out with you to track your run), in-depth sports tracking, sleep tracking, VO2 max for analysis of your oxygen consumption or advanced smart features. These sorts of features are a bonus on cheap wearables, but they are becoming more common.

Features aside, shopping for a cheap activity tracker can be hit and miss – some are uncomfortable to wear, awkward to use on the move, and come with confusing or buggy apps.

To help you avoid these problems, our ease of use tests take into account factors such as:

Here’s what one of our testers had to say about the app on one of the worst-scoring models that went through our lab:

‘Dull to look at and confusing to use. The text and figures are very small, and the main screen wastes lots of space with a white background that could be filled with data. The same data can be found in several areas, and, if you try to look in detail at an activity, there’s no obvious way to get back to where you were. There’s no daily summary page – which is odd, as that’s what most people want. I was also really confused by the fact that if you track a run, this doesn’t count towards your step goal’.

For more on picking the perfect fitness tracker, read our guide on how to buy the best fitness or activity tracker. 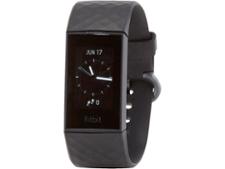 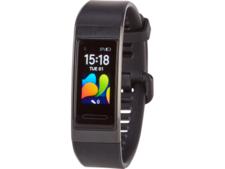 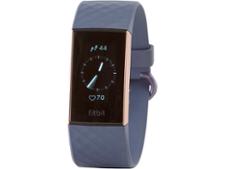 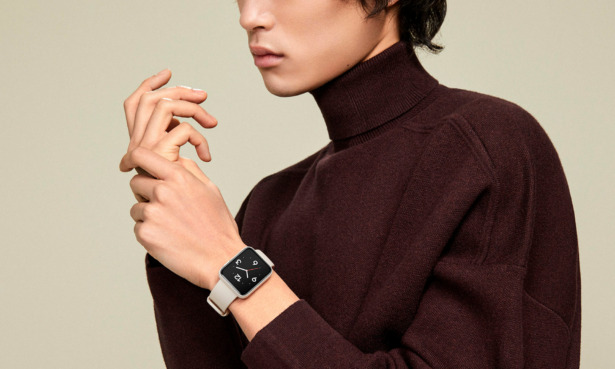 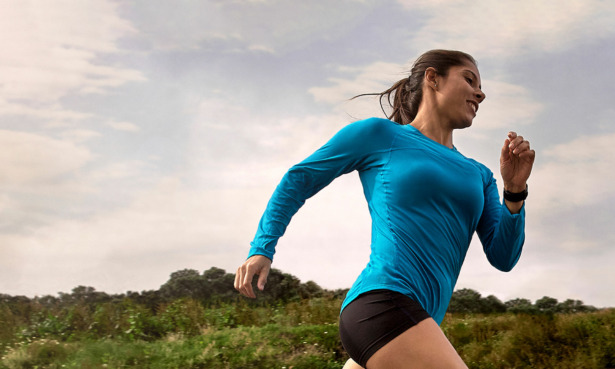 Garmin vs Apple Watch: which smartwatches are best for sports? 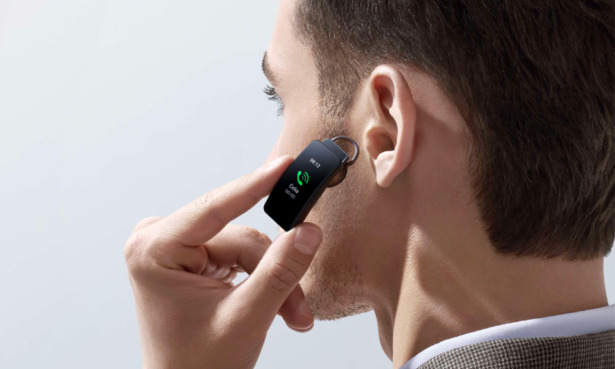 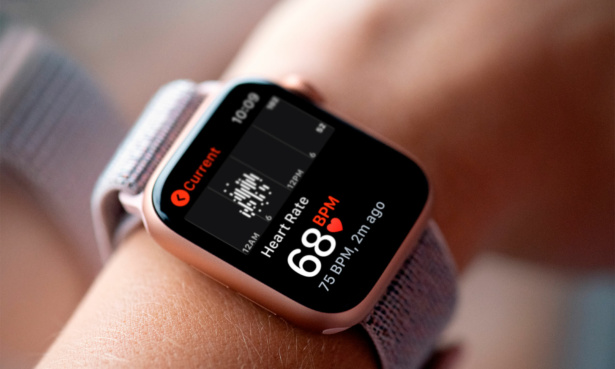 Best ways to monitor your heart rate with a smartwatch