Whether you’re into football or fencing, the best TVs for sport will help you enjoy even the fastest-paced action in crystal-clear clarity.

When it comes to watching sport, the key thing you want your TV to do is cope well with fast movement – whether that's a football zipping around the pitch or a sprinter diving for the finish.

If your experience of your favourite sporting events was marred by blur, judder and smearing then it may be time you got a TV that can cope better with fast motion.

The Best TVs will display smooth, fluid motion, with no blurring, or colour-smearing to spoil your enjoyment, so you'll be able to read the number on a players shirt even when they're running at breakneck speed down the touchline, or keep your eye on a golf ball as it rockets off the tee.

Although all our Best Buy TVs will do a cracking job, the TVs below score the maximum five stars for motion processing. With fantastic picture and sound quality overall, they're a great choice for avid sport fans.

This is the best 55-inch TV you can buy. From screen to speakers, it's is as close to perfect as we've seen in years.

There's a real gulf in quality between the QLED ranges but this 55-incher is on the right side of it. The picture and sound are truly wonderful and it's so simple to use.

It's not the best of the best, but don't let that put you off. This TV is more than deserving of a spot in your living room.

Watching the Sport in 4K

The BBC is ramping up its 4K service though, and figures released by the broadcaster revealed that 1.6 million people had tried to stream a World Cup or Wimbledon game in 4K. The interest is there and although the BBC has yet to confirm when it will fully launch 4K streaming, or a dedicated 4K channel in the same vein as BBC One HD, it seems that viewership will be high when it does.

Sky customers can already watch a range of sport in 4K, including Premier League games, Formula 1 and Cricket. The same goes for any BT Sport subscribers. Football and Rugby games are all available in 4K on the service.

BT now has a UHD channel for sport as does Sky, so if you're buying a 4K set to watch the football then you're best of choosing one of these providers.

There's isn't a huge amount of sport available in 4K, but if you’re about to buy a new TV you should seriously consider a UHD set. A 4K TV will still deliver fantastic, steady pictures when dealing with standard or high-definition broadcasts.

If you haven't found one you like, we have hundreds more expert TV reviews. 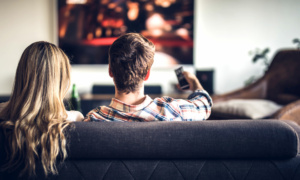 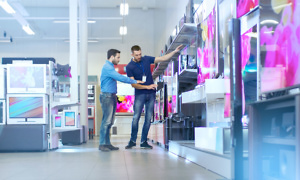 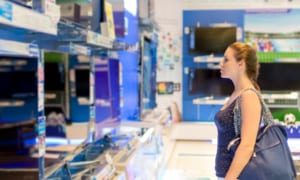 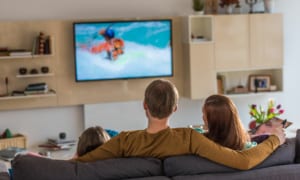 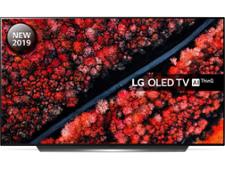