Please note the AA is no longer offering mortgages to new customers (as of 27 February 2019). The AA says that existing mortgage customers are unaffected.

In June 2019 we surveyed thousands of mortgage holders to get their thoughts on their lender. Here's what existing AA Mortgage customers told us.

Star ratings based on a June 2019 Which? survey of 3,574 members of the general public, in which 38 people told us they had their mortgage with AA Mortgages. Where no rating is given the sample size was too small.

What kinds of mortgages did the AA offer?

AA Mortgages only launched in 2016, but it announced that it would no longer be offering mortgages to new customers in February 2019.

When we checked in July 2018, there were 25 mortgages available from the AA – a fairly small number compared with other lenders.

Did the AA offer interest-only mortgages?

Yes, you could borrow up to 60% of the property’s price or value (whichever was lower) on an interest-only mortgage.

Those applying for an interest-only mortgage with another person needed a combined minimum income of £75,000.

If you are an existing interest-only mortgage customer with the AA, the sale of the property is the only repayment method that will be accepted.

In order to work this out, our experts analysed thousands of mortgages over a four-week period in June and July 2018. They compiled a total of 108 ‘top-10 cheapest deal’ tables based on a variety of borrowing scenarios, and counted how many times each lender featured in a table.

The average number of times a lender made it into a table was 14, but AA Mortgages only featured eight times. (Data source: Moneyfacts.)

The majority of mortgages offered by the AA were fixed-rate deals, meaning your interest rate was guaranteed to stay the same for a set number of years.

The AA didn’t offer tracker or discount mortgages. The only variable rates it offered were on its standard-variable-rate (SVR) mortgages, where the interest rate was the Bank of Ireland’s SVR.

When we checked in July 2018, the average interest rate of a two-year fixed-rate mortgage deal from the AA was 2.24%, compared with the industry average of 2.81%.

How much could I borrow from AA Mortgages?

Below we’ve outlined how much customers used to be able to borrow from AA Mortgages in relation to the percentage of the property’s value.

Can you make overpayments?

If you are an existing customer of AA Mortgages and have a fixed-rate deal, you can overpay by up to 10% in any year without having to pay a charge.

If you’re paying the standard variable rate of interest on an AA mortgage, there’s no limit on the amount you can overpay, but you may have to pay a charge if you pay off your mortgage in full.

If you're an existing customer, the AA offers a ‘loyalty bonus’ equal to 0.1% of your mortgage balance each year, which you can use to make an overpayment.

It also allows overpayments of as little as £1 – ideal if you prefer to pay as you go, rather than in big lump sums. 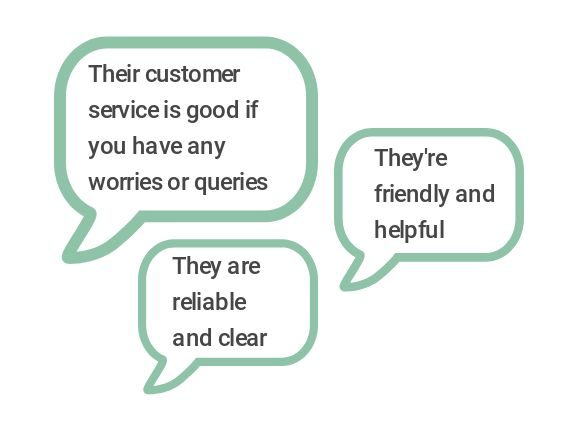 Stamp duty
Stamp duty calculator Buy-to-let and second home stamp duty
All 4 guides
FOLLOW US ON
Latest mortgages & property news
Exclusive: the cost of moving house to benefit from the stamp duty cut
First-time buyer mortgage flash sales: are they here to stay?
Coronavirus: what it means for mortgages, credit cards, loans and savings
Coronavirus: how to apply for a mortgage payment holiday