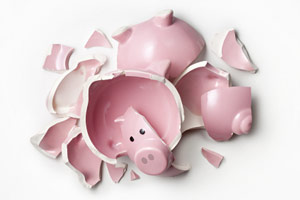 New Which? research reveals many consumers struggling to pay for food and bills are getting caught in a payday loans debt trap

New Which? research reveals consumers struggling to pay for food and bills are getting caught in a payday loans debt trap. Our research also reveals that payday lenders’ websites could be exacerbating the problem.

Over 60% of people who took out payday loans were using the money to pay for household bills or buying other essentials like food, nappies and petrol. The new figures show an alarming picture of people getting trapped in a downward spiral of debt, caught by exorbitant penalty charges because they cannot afford to pay back the loan on time.

A quarter of those who had taken out loans said they had been hit with hidden charges such as high fees for reminder letters, and one in five were not able to pay back their loan on time. A third of people experienced greater financial problems as a result of taking out a payday loan, while 45% of them were hit with unexpected charges.

The debt trap is compounded with 57% being encouraged to take out further loans, and 45% rolling over their loans at least once. A third of people were bombarded with unsolicited calls, texts and emails before they had even signed an agreement.

Payday loans are used by 1.2 million people a year, according to independent debt advice charity the Consumer Credit Counselling Service (CCCS). For our research, Which? investigated 34 payday loan websites and surveyed 3,786 people, 301 of whom had taken out payday loans.

Our analysis of 34 payday loans companies’ websites found that borrowers could face high charges if they repay their loan late, including a potential £150 charge by one company, Quid24.com, if repayment is 10 days late. Most of the websites we analysed failed to show clearly their charges or charged excessive amounts for defaulting.

Borrowers were also potentially being allowed to take on credit they couldn’t afford – according to their websites, eight out of 34 companies don’t carry out any credit checks as part of their approval procedure. Nearly two-thirds of the people we surveyed were not asked about any aspect of their financial situation apart from their salary.

Some payday loan company websites also failed to provide any terms and conditions and many of those that did had little or no information about a borrower’s rights and obligations or references to free debt advice. 14 out of 34 lenders failed to inform consumers about their complaints procedure.

Which? executive director Richard Lloyd says: ‘With 1.2 million people taking out a payday loan last year, it is unacceptable for this rapidly growing number of people to be inadequately protected from extortionate charges and dodgy marketing techniques. At its worst, this booming £2bn industry can be seriously bad news for borrowers who are struggling to afford food or pay their bills. People are getting caught up in a debt trap, whacked with high penalty charges, or encouraged to roll over payments and take out more loans at inflated rates.

‘The regulator should properly enforce the existing rules that apply to this industry, but they must go further and impose a cap on the amount that lenders can charge for defaulting. The government should also now explore other ways to protect hard-pressed borrowers, including Australian-style measures to cap costs and promote affordable alternatives.’

Which? calls for action on payday loans

The changes Which? wants to see in the payday lending sector include: