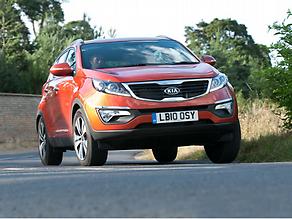 Large and complex, 4x4s are often among the most expensive cars to buy. However, not all are hugely expensive to own, as the Which? Car Survey reveals.

We’ve sifted through data from the latest Which? Car Survey to discover which 4x4s cost barely any more than a medium car to run. And those for which you’ll need very deep pockets.

The best value 4×4 is  good value for money, reasonably economical and comes with a very long list of equipment for the price, say drivers. However, the car which sits at the bottom of the whole Which? Car Survey for value for money is a 4×4. Owners of that model blame a steady stream of faults and enormous repair bills.

You can find out which cars were rated best and worst for value for money, as well as numerous other owners’ verdicts about the cars they drive by signing up to Which?.

Members can read the full Which? Car Survey results. If you’re not a member, join Which? and gain instant access to all our ratings.

Highest rated 4×4 for value for money

Kia is a brand built on its reputation for value for money and the Kia Sportage (2010-) lives up to that expectation, topping the 4×4 value chart. Owners described the car as ‘exceptional value for money’, ‘reasonably economical’ and ‘very well equipped’.

In fact, the Sportage isn’t far from the top of the entire Which? Car Survey, with a value rating of 90.3%. Sportage drivers praised the car’s long seven-year warranty, too.

One owner even said that he had moved to the Kia after owning a BMW 5 Series and found the Kia more comfortable and better equipped. Reliability has also proved strong. Another owner said ‘Nothing has gone wrong, it’s pleasant to drive and good value’. 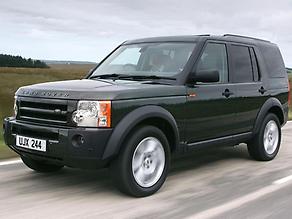 Lowest rated 4×4 for value for money

Living up to the stereotype of off-roaders being expensive to run, however, is the Land Rover Discovery 3 (2004-2009). It has a very poor value rating of just 61.4%. The Discovery 3 not only forces owners to dig deep to cover everyday running costs, but the car is plagued with faults that often result in pricey repair bills.

One Discovery 3 owner wrote, ‘Things keep going wrong and everything is so expensive; the bill is never less than a grand. It frequently breakdowns in adverse weather conditions and whatever you think it is going to cost you, double it to allow for its unreliability’.

Another added, ‘I’m beginning to get irritated with frequency of items needing repair sooner than seems reasonable. I know it’s an expensive vehicle to run but maybe it should be more robust.’ With high bills and suspect reliability, plus hefty fuel consumption and expensive car tax, the Discovery 3 sits firmly at the bottom of the value for money table.