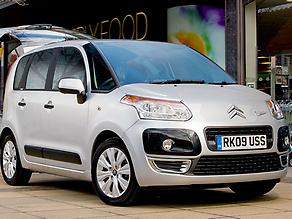 People carriers offer plenty of space, but not all of them offer plenty of value. While the best-value MPV costs peanuts to run, you’ll need your own oil field to fund the worst-value model.

The best-value people carrier only has room for five passengers (rather than seven), but don’t think it’s short on space – or value. Indeed the Citroen C3 Picasso offers vast amounts of room in the cabin and boot, plus low running costs.

The worst-value MPV, the old Chrysler Voyager, may be much larger, but so are its costs. Owners complained about frequent trips to the petrol station and big repair bills.

Find out which models were rated best and worst for value for money and read numerous other owner verdicts by signing up to Which?

Members can read the full Which? Car Survey results and have access to hundreds of new and used car reviews. If you’re not a member, join Which? and gain instant access to all of our ratings.

Chalking up a value-for-money score of 87.8%, the Citroen C3 Picasso (2009-) tops the people carrier class. The car impressed owners with its strong fuel economy, great practicality and good all-round visibility. In fact, one C3 Picasso driver said ‘it’s like driving a bay window, the view is so good’.

Another Picasso owner described their car as an ‘excellent, stylish family car, especially for the price. Plenty of space for the family, reliable, comfortable. With the back seats down it can easily take a dishwasher!’

‘Economical, solidly built, comfortable and well equipped’ is how another driver summed up their car. With its large boot, comfortable ride and secure handling, owners found the C3 Picasso very easy to live with.

Helping make it even better value, you can find discounts of up to £5,487 on the C3 Picasso with a quick search online. This means that with current discounts you can pick up a new model from just £9,115. 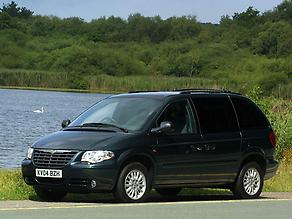 Floundering at the other end of the value-for-money table is the Chrysler Voyager (2001-2008), which chalks up a very poor score of just 66.7%. Despite being big on space, owners have complained that running costs are even larger, with wallet-busting bills when the car needs repairs.

Owners have described the car’s fuel consumption as ‘heavy’, ‘awful’ and ‘very poor’. Other Voyager drivers have said ‘if anything goes wrong it costs a lot to fix’ and ‘when it requires parts they are expensive’.

Additional criticisms range from a heating system that is ‘either on full blast or stone cold’ to rattles and squeaks, a heavy clutch, a lack of power and poorly judged gear ratios.

With owners saying ‘be prepared for the cost of running it’ and ‘you just know it will let you down sooner or later’ it’s easy to see why the Voyager receives the worst overall score of any car on the entire Which? website. Especially when you take into account its abysmal crash test rating.