MPVs may not be the most exciting cars on the road, but if you regularly transport more than four passengers or large loads, people carriers are hard to beat for practicality. We’ve rounded up your five most searched for models that provide lots of space and a dash of style.

People carriers may be cars you buy with your head rather than your heart, but that shouldn’t mean you have to sacrifice on-road handling or style. One of the most popular MPVs is great fun to drive and looks sharp, another offers solid reliability and seven seats in a compact package, while a third is beautifully built and very safe to boot.

Here are the top five people carriers you’ve been searching for on the Which? website this year.

Try Which? to read all our people carrier reviews 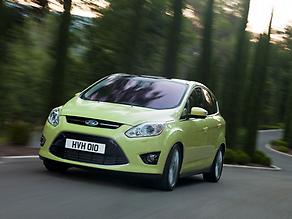 Topping the MPV search charts is the Ford C-Max. Available in five-seat C-Max form and as the seven-seat Grand C-Max, this people carrier is fun to drive and comfortable for passengers, too. Passengers should be happy in the front and rear seats – although the rearmost seats in the Grand C-Max are for children only – and the boot is very large too.

A wide range of engines are available from a miniscule turbocharged 1.0-litre petrol engine – which pulls much harder than you might think – to several economical and punchy 2.0-litre diesel motors. With a range of trim levels available, you should be able to find a C-Max to suit your budget.

See how the Ford C-Max fared in our realistic fuel economy tests by taking a Which? subscription 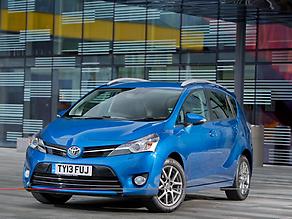 The Toyota Verso is barely longer than the five-seater Ford C-Max, but manages to cram in another two seats. As you might imagine, the Verso’s rear two seats aren’t the most spacious – even children may not fit if you have adults sat in the middle row of seats…

It’s a good choice if you don’t regularly need to carry more than five passengers, as it has a well-built interior with lots of standard equipment plus a large, versatile boot. The Verso is also safe and comfortable to drive, although petrol models do have a hearty appetite for fuel.

How did the Toyota Verso get on in the most recent Which? Car Survey? Read our full review to find out 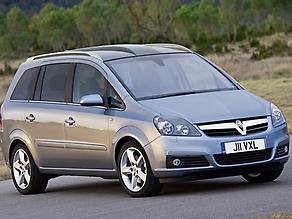 The Vauxhall Zafira may date back to 2005, but with enormous discounts of up to 45% online, you can pick up a brand new model from under £11,000 – less than many superminis. With seven seats, a comfortable ride and decent on-road handling, the Zafira has a lot going for it as a family car.

As with many smaller seven-seaters, the rearmost two seats are cramped, although you have a very large boot if you fold them into the floor. The Zafira also has a large turning circle, meaning that it’s not the most manoeuvrable people carrier around town.

Discover how the Vauxhall Zafira fared in the Which? Car Survey by signing up to Which? 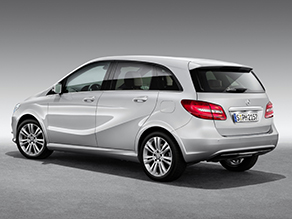 The Mercedes B-class is by no means the biggest people carrier you can buy – and it has a tally of just five seats. However, front and rear seats are very comfortable and the boot is impressively large for a small MPV. The B-class also feels like a premium product with a high quality interior and a very strong crash test rating.

The B-class is expensive to buy and run, however, and some of the engines feel underpowered. We also found rear visibility was poor, so you may want to go for a model with a reversing camera.

What fuel economy can you expect from the Mercedes B-class? Find out by signing up to Which? 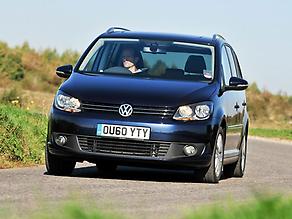 Cast aside the VW Touran’s bland, forgettable styling; this MPV has a practical, versatile interior layout, a five-star safety score and a range of punchy but economical engines. If you’re after a sensible people carrier with seats for seven, the Touran could fit the bill; the rearmost seats are best suited to children though, as space is a little tight.

Flip the rearmost seats down and the Touran offers more than enough space for the largest of Ikea purchases, too. We found the front and middle row of seats comfortable, although taller passengers will want to avoid the middle seat.

Will the VW Touran let you down. Sign up to Which? to see the latest Which? Car Survey results