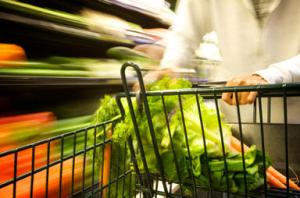 Asda was cheapest for our comparison basket in January 2015

Each month, we compare the cost of a basket of shopping at the main online supermarkets. And our first winner in 2015 is Asda, which was the cheapest supermarket for our comparison basket in January.

To find out how the other supermarkets stacked up this month and over the past year, check out our supermarket prices compared page.

To work out the cost of the baskets, we compared prices at the main online supermarkets Asda, Morrisons, Ocado, Sainsbury’s, Tesco and Waitrose, using data from the independent shopping website Mysupermarket.

The prices were averaged over the month and include discounts but not multibuys.

We compare these prices every month using between 80 and 100 products, which are all branded items. They include a range of everyday items, from tea bags to toilet paper.

In the past month Tesco has laid out some of the ways it will be tackling the issues it faced in 2014, including pressure from the discount supermarkets for market share.

It will be closing 43 Tesco stores – mostly Tesco Expresses and Metros. It will also be reviewing what it stocks with the aim of removing up to a third of the products from shelves. Tesco currently stocks up to 90,000 items, which will go down to between 65,000 to 70,000.

You can find out which supermarkets are rated best by their customers in our supermarket survey, which looks at everything from range to quality.

Most supermarkets have a price matching scheme. This means that they compare their prices against other supermarkets, often giving you a voucher for the difference if it would have been cheaper elsewhere. However, these schemes do vary – for instance: