The wait for a laptop to boot up can seem like an age. In reality, it’s likely to take less than a minute, but for the impatient among us that never quite seems quick enough. The good news is that laptop boot-up speeds are getting ever shorter.

In this post, we take a look at how times have dropped over the years, and reveal the fastest folders out there.

Best Buy laptops – the best laptops you can buy

We’ve tested hundreds of laptops at Which? over the past 20 years. From the early days of slab-like devices that would cut off the circulation to your legs, to 2015’s lightweight models that can be slipped into an envelope, we’ve had every type and brand pass through our lab. One of the key aspects that we’ve always tested is laptop boot-up times.

While boot times have certainly come down over the years, our testing has shown that most of this progress has occurred only relatively recently. Between the late nineties and 2010, there wasn’t a huge improvement in Windows laptops – here are the average start-up times:

Fortunately – for the impatient among us at least – laptops have accelerated no end in the past five years, with start-up times dropping sharply. In fact, the average start-up time for a tested Windows laptop has more than halved, down to an impressive 19 seconds.

Interestingly, while Apple laptops often do well in our tests (and make one of the fastest-starters out there) on average they lag four seconds behind Windows PCs overall. However, it’s the Chromebooks that take the crown when it comes to a speedy start, with an incredible average boot-up time of just six seconds:

Chromebooks’ super-fast start-up times are a product of their stripped-down operating system and solid-state drives, and they don’t offer quite the same functionality and flexibility as a Windows or Apple laptop. However, if you’re only looking to do some web browsing and basic office tasks, the appealing price point and fast boot times are appealing.

The fastest booting laptops on test 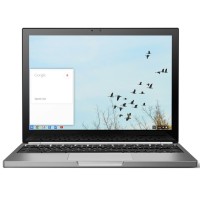 The fastest booting model in our 2015 test, this Chromebook springs to life in a blisteringly fast five seconds. 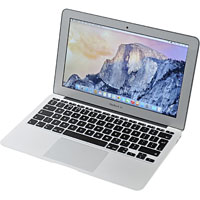 Not only is it sleek and stylish, it’s also the fastest Apple laptop to boot, coming in at just eight seconds in our testing this year. 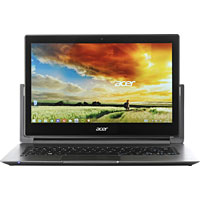 The fastest Windows laptop to boot in our testing in 2015, this Acer Aspire starts up in a speedy ten seconds.