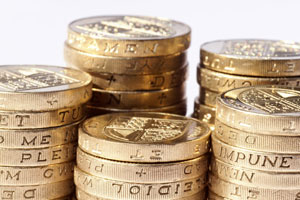 Mis-sold payment protection insurance (PPI) compensation claims must now be made by June 2019 under proposals announced by the City watchdog.

The Financial Conduct Authority (FCA) confirmed plans to launch a marketing campaign from next June, which will be funded by Britain’s banks, to raise awareness of the 2019 deadline for claims to be submitted.

It will see a line drawn under the PPI scandal, which has been the costliest yet for the financial services industry, with the total bill now running at a mammoth £24bn.

We’ve created advice, template letters and a free tool you can use to claim PPI compensation on the Which? Consumer Rights website.

Which? director of policy and campaigns Alex Neill said: ‘The PPI scandal has been one disaster followed by another – it’s the country’s biggest financial scandal with a wholly inadequate redress scheme.

‘If a PPI deadline is to be introduced, when millions of pounds are still being set aside for payouts, the FCA must work with banks to ensure that customers who might not know they were mis-sold PPI get back the money they are owed.

‘The process for making a claim must be much more straightforward.’

PPI is still the most complained-about financial product, with recent figures from the Financial Ombudsman Service (FOS) revealing that as many as 4,000 new complaints are received every week.

Around one in five PPI cases are resolved within three months.

The FCA admitted the deadline is later than first expected and later than a number of banks wanted, having previously put forward a cut-off in spring 2018.

But it said it gives time to prepare the marketing campaign and get plans in place for the deadline.

FCA chief executive Andrew Bailey said: ‘Putting a deadline on PPI complaints will bring the issue to an orderly conclusion in a way that protects both consumers and market integrity.’

He added: ‘We will ensure that our communications campaign will engage with all those who could be affected, particularly vulnerable consumers.’

It will consider further feedback on its proposals for the June 2019 deadline until 11 October 2016.

What should I do?

Don’t wait to submit your complaint. If you haven’t done so already, do it now.

You can keep 100% of your mis-sold PPI compensation using the advice, template letters and free tool on the Which? Consumer Rights website.

Consumers who are unhappy about PPI should continue to complain to the firms concerned and to the FOS if they’re not satisfied with the response.

Should you use an online estate agent to sell your home?

Government to change loan charge rules: what does this mean for your tax return?