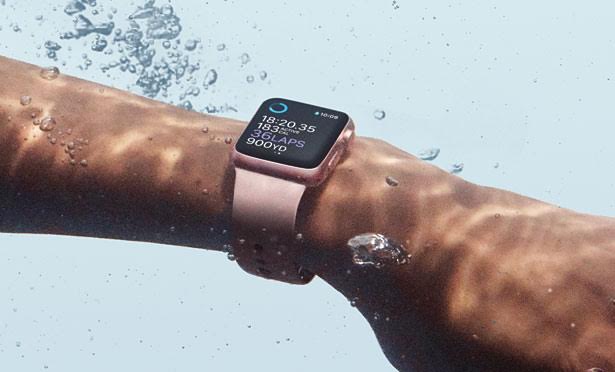 Health insurer Vitality is offering customers a £69 Apple Watch 2, but you’ll have to earn the reward by collecting enough activity points.

Health insurer Vitality is offering customers the chance to pick up a new Apple Watch Series 2 (as it’s officially known) for the discounted price of £69. But, if you want the tech on your wrist you’ll have to earn it.

Read on as we take a closer look at Vitality’s deal on the Apple Watch 2. Just how much exercise will you have to do to grab Apple’s wearable at a bargain price?

Health insurer Vitality is now offering insurance customers the chance to pick up an Apple Watch 2 for just £69. The catch? You’ll have to stay active while wearing it in order to keep the cost down.

At the time of writing, a new Apple Watch 2 costs around £369, so if you’re willing to get up off the sofa and lace up your running shoes, you might save some money. Through Vitality’s scheme, you buy the Apple Watch 2 for £69, and then fund the rest of the price based on your activity. You’ll have to set up a 24-month direct debit, and monthly payments can range from nothing at all to £12.50 a month.

Our table below shows a breakdown of how your activity points will impact the price you pay for the Apple Watch 2. You can earn up to 40 points a week and 160 points a month. Do this through gym visits, running and cycling. Also earn rewards by buying healthy food using a Nectar card.

It depends on how much moving around you do. You’ll have to walk around 10,000 steps every day if you want to grab the Apple Watch 2 for the lowest possible price. This might be an easy challenge for keen gym goers, but it’s a big ask for some. Ultimately, the more you put into staying active, the happier your wallet will be.

Even if you have a ‘good’ month rather than a ‘great’ one, you’ll still save money. Let’s say you earn 79 points, which is equal to a monthly payment of £10. If you hit that every month across your 24-month deal, you’ll end up paying £309 for the Apple Watch 2 (including the initial £69 upfront payment), saving yourself £60.

If you’re not too set on the Apple Watch 2, there are plenty of other fitness trackers to consider instead and you can also get discounts on Garmin devices through Vitality. We recently had our hands on the Garmin Vivofit 3, which costs around £85.

A closer look at the Apple Watch 2 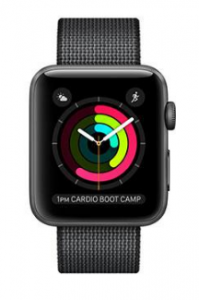 The Apple Watch Series 2 is the next generation of the best-selling smartwatch around, and this latest edition promises a number of new features and improvements.

You can pair it with your iPhone through wi-fi or via Bluetooth. And, it’s powered by a dual-core processor, said to make the Apple Watch 2 50% faster than its predecessor. It has a built-in GPS (which means you can leave your smartphone at home) and, according to Apple, it can survive a dunk in one metre of water for up to 30 minutes.

For more details on Apple’s wearable, head over to our Apple Watch 2 review.