Our latest TV box lab test has revealed not just a new Best Buy but also the best internet TV streamer on the market. We also got to grips with Virgin’s new 4K V6 set-top box to see if it’s a true challenger to Sky Q.

With internet TV streaming growing increasingly popular, these four new devices from big-name brands should be sure to pique the interest of those looking to change the way they watch TV at home. You can see which models we ran the rule over below.

Best Buy internet TV boxes – whether you want catch-up, live TV or a subscription service, there’s bound to be a Best Buy that’s right for you 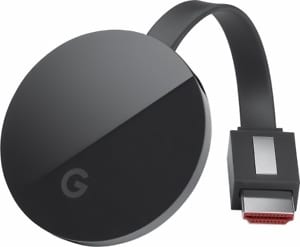 TV streamers may be a foreign concept to some, but even the unfamiliar may well have heard of Chromecast. Tens of millions of Google’s little streamers have been sold worldwide since launching in 2013, and now we finally have a follow-up.

The big difference with the Chromecast Ultra is that it can stream 4K content. That means, provided you have a 4K TV as well, you can watch video from Netflix, Amazon Prime Video and YouTube in a resolution four times greater than regular Full-HD.

Read our full review to see whether it’s able to trump its predecessor. 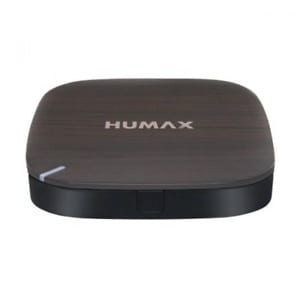 Humax is very popular with our members when it comes to PVRs. But internet TV boxes are uncharted territory for the brand, so we were keen to get the H3 Espresso to the lab.

The H3 Espresso’s most interesting feature is that it works together with the Humax FVP-4000T PVR to give you features like multi-room viewing and the ability to record streamed shows. As useful as that may be to a select few, our testing focused on its capability as a standalone streamer. Can it compete with the best, or does its lack of apps hold it back?

Read the full H3 Espresso review to find out. 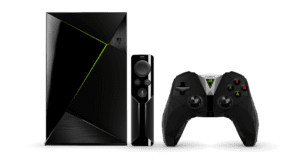 Nvidia is a huge name in the world of PC gaming but relatively unknown outside of it. Even if you don’t care about games, though, the Shield Pro could be a streamer to keep an eye on. It has a huge number of features, a sizeable 500GB hard drive for saving media and comes with two controllers – both a voice-control remote and an Xbox-style gamepad.

The price is steep, though. Is 4K video, game streaming, casting and Google Smart Home control enough to tempt you?

Find out how it scored in our full review.

The Shield Pro’s little brother, the Nvidia Shield is the successor to Nvidia’s 2015 debut model. It can do most of what the Pro offers, albeit with different confines – most notably a considerably smaller hard drive.

It does still have 4K capability though. You also still get the voice-control remote and the gamepad included in the price, and streaming app support doesn’t change. How does it stack up to the Pro, or any other internet TV box for that matter?

We reveal all in our review. 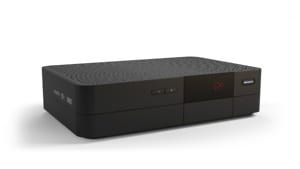 A number of months after rival Sky revealed its Sky Q 2TB 4K box, Virgin Media has finally returned with a challenger: the V6 box.

On paper, it certainly seems to tick all of right the boxes. You can record six channels at a time (or five while channel-hopping), it has a large 1TB hard drive for all of your recordings, and there are some neat extra features such as automatically recorded recommendations and a series link that factors in on-demand content.

If you were concerned about being able to watch Sky content on a Virgin Media box, then rest assured that you can get Sky Sports and Sky Cinema content on the V6. There’s also a Netflix app, although there’s still no Amazon Prime Video.

The V6 box is only available to Virgin TV subscribers, so it’s not just something you can just pick up off the high street. A 4K TV subscription contract is an expensive commitment, and you want to be sure you’re making the right choice. Find out how the Virgin Media V6 box compares with Sky Q in our full review.