In a true clash of the titans this week we’ve got two enormous SUVs going bonnet to bonnet. Both of these gargantuan cars have enough room for Perseus and his Pegasus, but is either worth your cash?

If you’re after something a bit more compact, we’ve got reviews of the Fiat Tipo and Honda Civic. The Tipo’s tiny price tag is sure to be as alluring as the Sirens, but will it be rocky seas for Tipo owners or would it be better to spend £6,000 more on the Honda?

The Kia Optima made a splash when it was released in 2016, but we weren’t impressed with its boot. Find out if the estate version fixed those issues to become the optimal Optima you can buy.

We’ve saved the biggest for last with the Citroën Spacetourer. It looks more van than car – will it drive like one?

Top cars for 2017 – the best cars in every class and the ones to avoid. 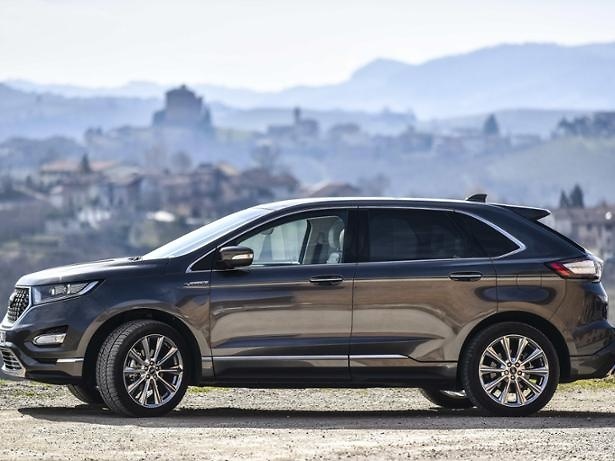 At almost two tonnes and a few centimetres shy of five metres long, the Edge is Ford‘s biggest SUV by some margin.

But for all its size, Ford decided to keep it to five seats. This means the Ford Edge loses practicality points over some of its rivals, namely the Kia Sorento, Skoda Kodiaq and the Peugeot 5008. Still, foregoing the two extra seats means more room for the five occupants.

There’s a range of sizeable engines to pull this beast along and the one we tested, a 210hp 2.0-litre diesel, was no slouch. It wasn’t without its problems, though. The engine is brutish, which suits the look of the car, but we expected something more refined on a £30,000 SUV.

You could spend a few more thousand pounds if you opt for one of the premium trim levels, such as the Vignale or sport-focused ST-Line. Whichever you go for, you’ll get an all-wheel-drive SUV with Ford’s latest-generation infotainment system – Sync3 – built in. It’s a bit fiddly to control, but there is an option to use voice-control.

To find out this car’s true mpg, and how its bulk handles on the road, see our full Ford Edge review. 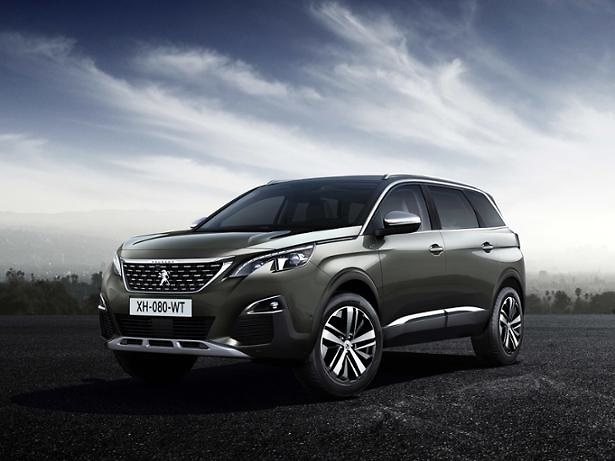 If buying the Ford Edge would mean two of your kids riding in the boot, take heart – the Peugeot 5008 has seven seats.

It looks as though Ford and Peugeot‘s designers may have been peeking at each other’s sketchbook, since both cars share the same bullish aesthetic, with a stubby front-end. The design is similar, but it seems the two cars are going for different markets.

The 5008 looks like an SUV, but it isn’t a 4×4. Which makes it more of an MPV than an SUV. If this is a deal-breaker for you, you can still enjoy a high-driving position, seven seats plus four-wheel-drive with the Skoda Kodiaq and Kia Sorento.

Peugeot’s 5008 is a family car first and foremost, which is evident in the wealth of safety equipment. Euro NCAP hasn’t had a chance to test it yet, but with automatic emergency braking, blind spot monitoring and driver attention warning systems built in, it’s not wanting for safety features.

Does the family focus mean the 5008 is a dreary drive, or has Peugeot managed to inject this colossal car with a sense of fun?

For our expert verdict on handling, mpg and to see if the lack of four-wheel-drive is a problem, see our full Peugeot 5008 review. 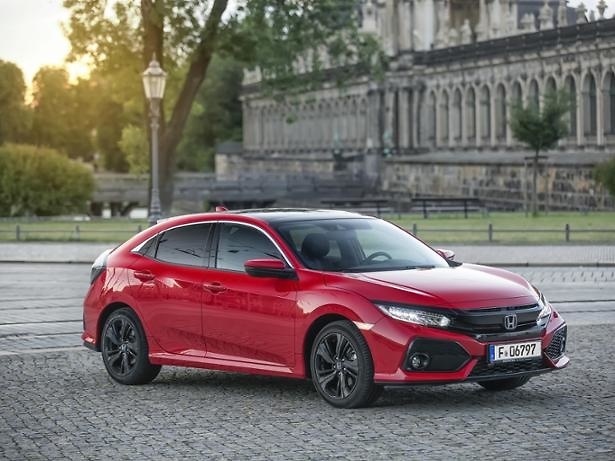 Oh Honda, what were you thinking? The ninth-generation Civic (the European one at least) was a beauty – sporty, sleek with an almost spacecraft-like allure. But the tenth generation Civic looks like Honda grabbed the front and back-end of the previous model and gave it a yank. The resulting stretch-civic now has a bonnet that looks more like a duck bill.

Looks aside, the 2017 Civic is an update to a popular medium hatchback that sits in the same class as the VW Golf and Ford Focus. Stiff competition, but Honda puts a lot of stock in the Civic being a blast to drive with a sporty bent that other hatchbacks can’t replicate.

Medium cars need to be good all-rounders, though, capable of appealing to families and thrill-seekers alike – Honda calls this version its ‘sportiest ever Civic’.

The best medium cars tow this line well, providing enough fun for the driver, and enough room to keep the family happy and comfy. Honda claims the new Civic has a bigger boot and it’s longer, which should mean more room inside.

Does the new Civic strike a balance between fun and family? Find out in our Honda Civic review. 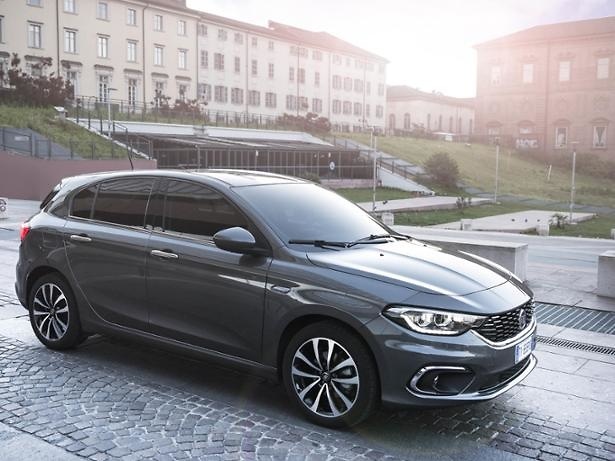 For £6,000 less than the Civic, you could bag yourself a Fiat Tipo. At under £13,000, the Tipo undercuts some of the small cars we’ve tested. While the cabin does feel sparse compared to less budget-focused medium cars, it is roomy.

If you’re scrabbling to see how Fiat kept costs down, you won’t find it in the list of equipment. The entry-level model has six airbags, a Bluetooth connection and electric windows. Add £1,000 on the price and you get alloy wheels, parking sensors and cruise control.

Inoffensive if uninspired looks, generous interior space and an attractive list of equipment for £12,800? Something’s got to give, right?

Read our full Fiat Tipo review to see if the handling, reliability or mpg has suffered to keep costs low on the Fiat Tipo. 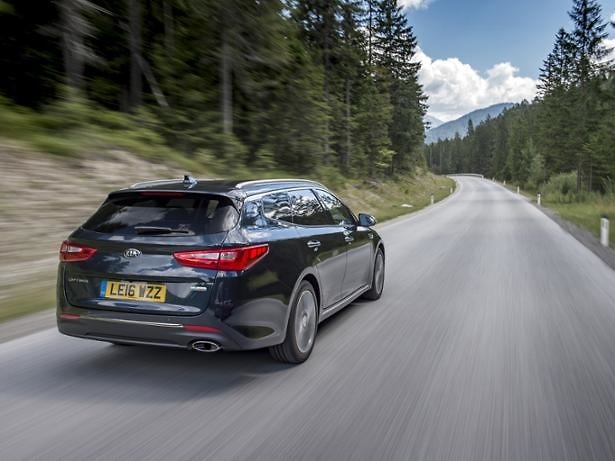 Sportswagon is another way of saying estate and this one is based on Kia’s attractive large saloon, the Optima. The Sportswagon launched in 2016 with a single 1.7-litre diesel engine and now Kia has added a hybrid to the range.

We’re used to seeing 2.0-litre diesel engines in large estates, so we were skeptical of the Optima’s smaller one. But we found it give us enough power when we needed and we didn’t struggle to get up to speed to overtake.

Boot space is always an important figure when considering which estate to buy. Kia reckons the capacity is 552 litres, which would put it someway behind the biggest boots around, but still generous. We do our own tests on boot space, so you can see if the claimed figure is accurate.

So is the Sportswagon better than its competitors, the Skoda Superb Estate and Ford Mondeo Estate? 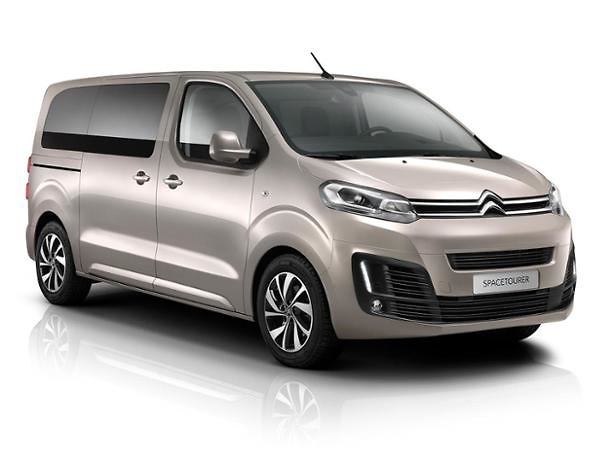 No prizes for guessing what the Spacetourer has in spades. Yes, this massive people carrier is roomy to say the least. It seats nine with plenty of room leftover for luggage or a food shop.

There are four engines to choose from, ranging from 95hp to 180hp. We tested the 150hp diesel and we never felt like we were struggling for power. As you might expect, a car this size isn’t the nattiest handler, though.

All that is par for the course on a car this size. What’s more important is how much fuel you’ll need to pump into this cavernous motor to keep it going. Citroën reckons you can do 53mpg, and you can see if those frugal claims are true in our review. We also reveal whether we think the safety features are up to scratch.

Is it a car? Is it a van? Is it a Best Buy? See our Citroën Spacetourer review.