The image of an SUV as a rugged off-roader tearing up a forest trail or a rocky mountainside is fast being replaced with one of a family driving serenely down the motorway. But does persuading your family that their next car should be an SUV mean you have to compromise on handling?

We’ve got behind the wheel of three small and mid-sized SUVs that are doing their best to look more family friendly than a saloon or medium hatchback: the Hyundai Kona, Vauxhall Grandland X and the Citroën C3 Aircross.

We’ve also got the Hyundai Ioniq EV (electric vehicle), which accompanies the hybrid and plug-in hybrid versions. With zero tailpipe emissions, it’s certainly environmentally friendly, but will its range make it suitable for everyone?

Top cars for 2017 – see the cars we recommend across every class. 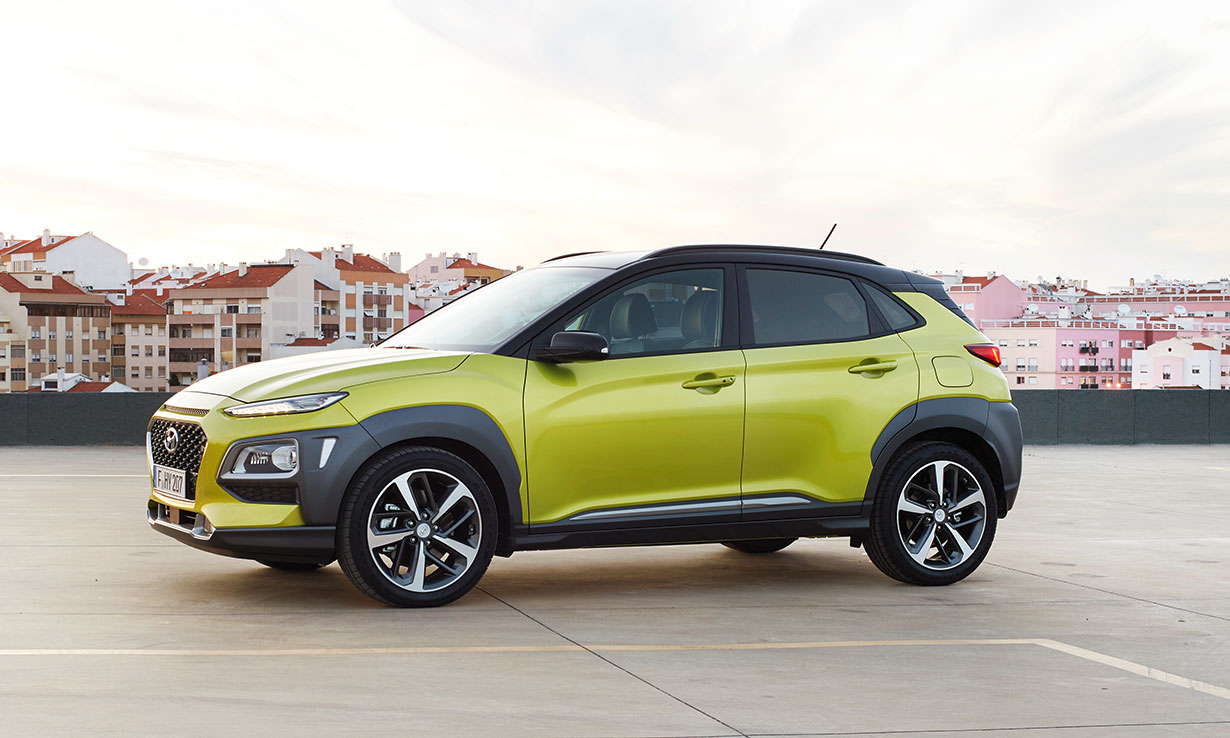 The Kona is Hyundai‘s first small SUV and it’s a handsome car. Narrow, slick headlights and a mesh grill give the Kona a commanding menace, while the chunky plastic wheel arches make it look more approachable, at least in profile.

Under the hood there are two petrol engines to choose from: a 120hp 1.0-litre three-cylinder engine and a 1.6-litre that manages 177hp.

There may not be many engines to choose from, but there’s no shortage of trim levels. S, SE, Premium, Premium SE and Premium GT make the up the five options. No matter which you go for, you’ll be treated to Bluetooth and USB phone connections, automatic headlights, air conditioning and a five-inch media display.

There’s also a generous amount of safety equipment as standard including downhill brake control, driver attention alert and lane-keeping assist. Together with the tech, that’s pretty good for £16,195.

Moving up the trim levels gets you rear parking sensors, some extra exterior flourishes and Apple CarPlay and Android Auto, which allow you to use smartphone apps on the media display.

The price rises to £24,995 for the Premium GT. It’s the only spec to come with the larger engine and four-wheel-drive.

Small crossovers aren’t renowned for being great on the road, and cornering isn’t their strong suit, so we were keen to get behind the wheel of the Kona to see if it bucks the trend.

You can see what we thought of the handling, comfort and interior space in our Hyundai Kona review. 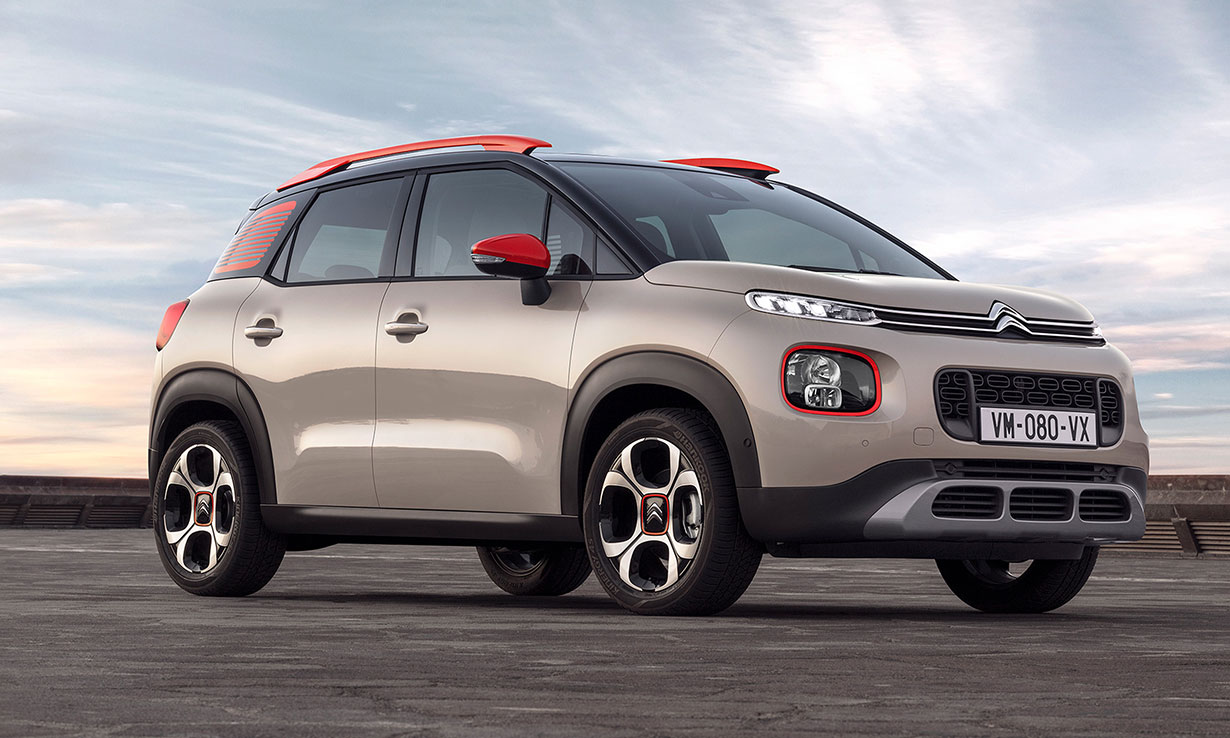 Citroën‘s squat SUV sits in the same class as the Kona and it’s not a million miles away from Hyundai’s smallest SUV in terms of styling either. The sharp headlights and chunky grill are becoming synonymous with Citroën cars; but for our money, the Kona is the more attractive of the two.

The Aircross is, unsurprisingly, based on the Citroën C3 and it shares the same trim options: Touch, Feel and Flair. Starting at £13,995, the Aircross is competitively priced and well equipped. For your money, you’ll get automatic headlights, air conditioning and Bluetooth phone connection.

Citroën is keen on making cars that stand out, and the Aircross is no different. Eight colours, including three separate ones for the roof, mean you can match this car to your personal style.

On the road, the Aircross leans towards comfort rather than thrills, but we were pleasantly surprised at how well this tall car handled corners.

Does that mean the Aircross is a dull drive, does it feel cramped, and would you be better going for the Aircross’s larger sibling, the C4 Cactus?

Find out what our experts discovered during their time behind the wheel in our Citroën C3 Aircross review. 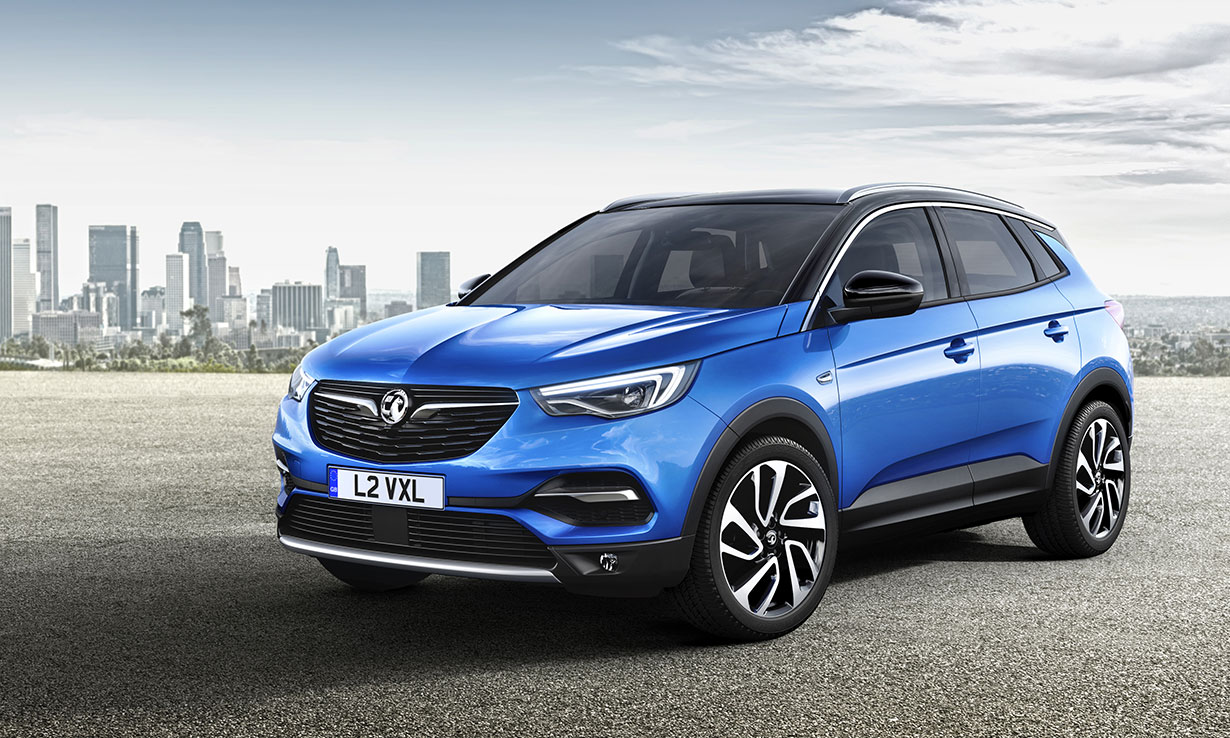 Nissan Qashqai, VW Tiguan, Kia Sportage – you might have heard of these, but Vauxhall is hoping you’ll choose the new Grandland X over all of them.

It’s a mid-sized SUV and bigger than the Aircross and Kona. As a result, interior and boot space are generous. Vauxhall reckons the boot has a 514-litre capacity, which is roomy compared with the competition. We’ll be sure to give an accurate figure on boot space when we get the car in our lab for testing.

Unlike its popular competition, there’s no four-wheel-drive option. We found the front-wheel-drive car to be responsive on the road. Considering it’s a family-oriented car, the steering can feel a little too nimble to the point of being twitchy. But it’s welcome if you want an SUV that’s more dynamic on the road.

It may be a pleasant drive, but the X doesn’t make the best first impression. It’s a unexciting car with no distinctive styling or bodywork to capture the imagination.

It could have taken more cues from the Peugeot 3008 that it’s based on. The 3008 has an interesting look that stands out on the road, while the Grandland blends in.

The Grandland X is a newcomer to the mid-size SUV party. With so much established competition, an average car isn’t going to cut it. Head to our Vauxhall Grandland X review to see what it does to set it apart from its rivals. 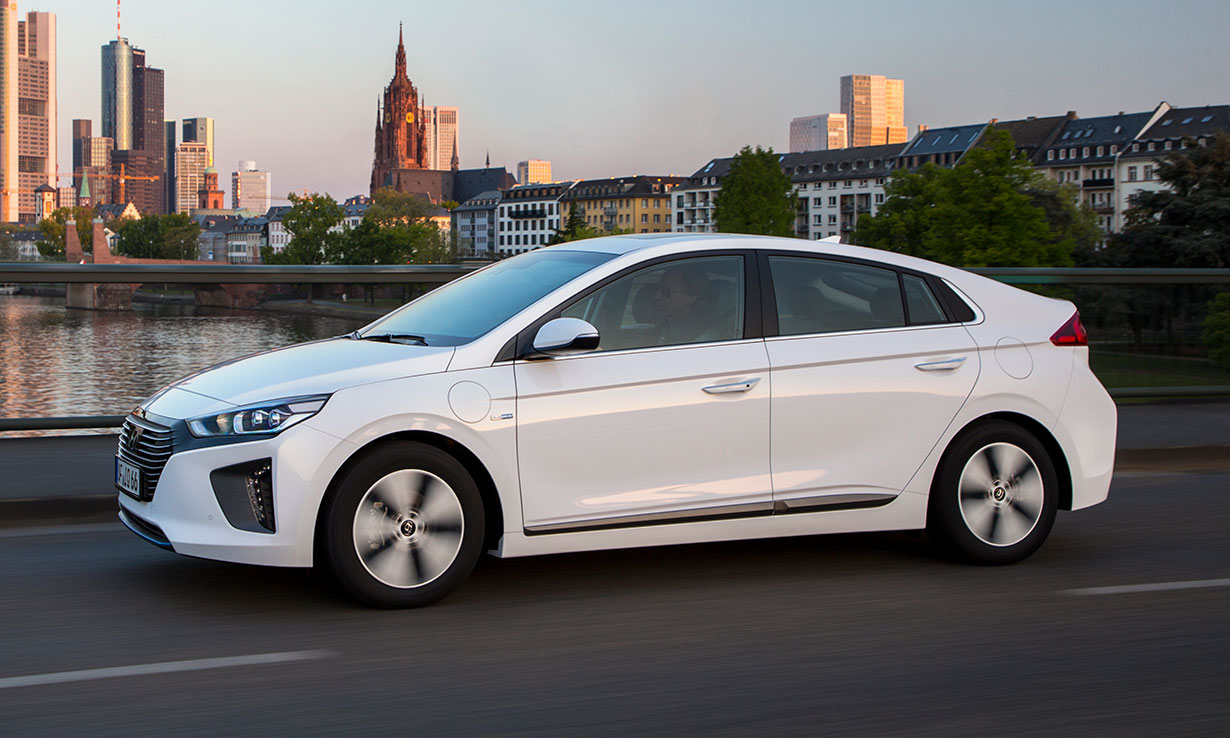 ‘What’s the range?’ It’s the question on the tip of everyone’s tongue when considering an electric car. How far it goes on a single charge can mean the difference between it being a viable choice for your next car or one that doesn’t come close to suiting your needs.

So, how does the new all-electric Ioniq do? Hyundai says its realistic range is 130 miles, which is an impressive figure that few electric cars can match. Unfortunately, we’re used to claimed electric car ranges not matching our test results. Will the Ioniq be any different?

Electric engine aside, the Ioniq is a large hatchback and a stylish one at that. It’s comfy, too, but the large battery does eat into interior space and especially the boot. This is a common issue with electric cars, and a sacrifice you often need to make for low running costs.

The super-quick acceleration of the electric motor means this car feels nippy on the motorway, and overtaking shouldn’t be a problem.

Is the car a comfy ride with ample space for all passengers, and does our own range testing match the 130-mile claimed figure from Hyundai? Head to our Hyundai Ioniq EV review to find out.

Looking for a low-cost car that’s a match for its pricey rivals? Take a look at our pick of the best cheap cars.