Dyson is taking US cleaning brand Shark to court over what it says are misleading advertising claims about suction power on its cordless vacuums.

In both TV and online adverts, Shark claims that, in a head-to-head between the Dyson V8 and the Shark IF250UKT, the Shark cordless vacuum cleaner sucks more powerfully when on extended run-time (a less-powerful cleaning setting designed to extend battery life). Shark says that this setting is a better measure of performance.

Dyson argues that this is misleading, as its V8 cordless vacuum is more powerful than the Shark model when used on the highest power setting, which it says is the industry standard setting for testing cordless vacuum cleaners.

Find out which one gets our seal of approval – see our independent cordless vacuum cleaner reviews.

Shark vs Dyson – how they compare

Ever since Dyson launched its iconic bag-free vacuums back in the early 80s, the brand has been a household name. Its cordless vacuums (including the Dyson V6, V7 and V8 range) are hugely popular, and it pioneered the slim stick design that has now been adopted by many rivals.

Shark, on the other hand, is the new kid on the block. It was only in August 2017 that it launched its first cordless vacuums – the DuoClean Flexology series – in the UK.

Both are similarly pricey, starting from around £200 for entry-level models, up to more than £400. 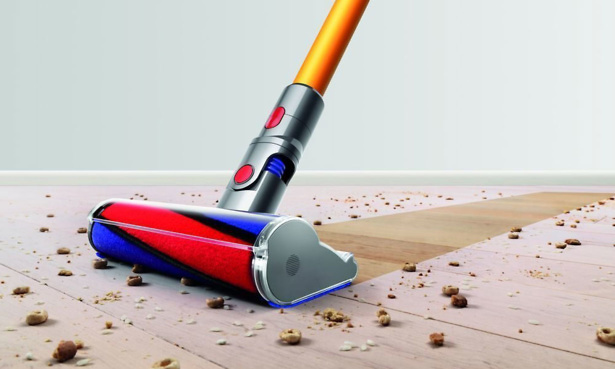 In some ways, the question over which vacuum cleaner sucks more powerfully is the wrong question to be asking. We’ve found that higher suction power doesn’t necessarily equate to better dust pick-up and cleaner floors. Other factors, such as floorhead design and what type of floor surface you’re cleaning, feed into how effective a cordless vacuum is.

We test cordless vacuum cleaners on both the maximum and standard power settings, if the vacuum has them, so you know how good it will be whichever setting you’re using.

When it comes to battery life – another important factor when choosing a cordless vacuum – the Shark IF250 measures up favourably against the Dyson V8. On normal use, you get 40 minutes out of the Shark, compared with 33 minutes from the Dyson.

Cordless vacuum cleaners often have a turbo setting for tougher jobs, such as sucking up ingrained dirt or pet hair from your carpet. But this drastically reduces runtime. Here, the contrast is more striking – the Shark gives 24 minutes, while the Dyson musters just eight.  ­­­

The Shark also has swappable batteries, so you can charge a spare while cleaning to avoid getting caught short. However, a longer run-time doesn’t mean you’ll necessarily end up with a cleaner floor. 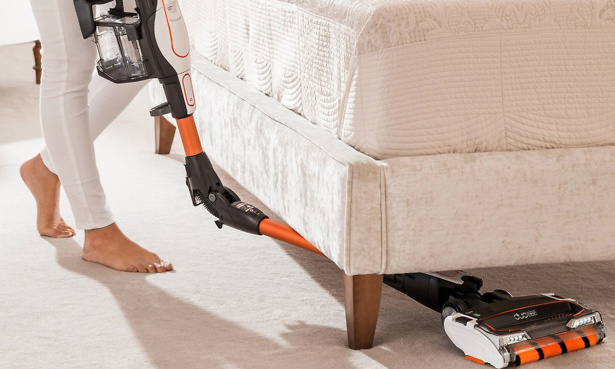 Why are cordless vacuums so contentious?

This isn’t the first lawsuit we’ve seen over cordless vacuums. Back in 2015, the Advertising Standards Authority ruled that Dyson was wrong to imply its higher suction power meant that its cordless vacuum was superior to a Gtech model.

When we spoke to Dyson about this case, it said: ‘Occasionally Dyson takes action to protect ourselves against competitors’ misleading claims. We do not comment on specific cases.’

Shark commented: ‘While SharkNinja cannot comment in detail on ongoing legal proceedings, it believes that the performance of cordless vacuum cleaners in their extended run-time settings is important to consumers. We believe that our advertising was fair and did not infringe Dyson’s trade marks.

‘SharkNinja temporarily withdrew the advertisements when Dyson started its claim, as a pragmatic step to allow for reasonable negotiation. However, we are defending the claim vigorously.’

Cordless vacuum cleaners are increasingly popular, and some cost several hundred pounds – more than most standard vacuum cleaners – so it’s not surprising that manufacturers are fighting hard to be top of the pile.

The best models will give you the freedom to clean your home without being tied to a power socket, but we’ve also found some real duds. In our 2017 tests alone, we found 12 Don’t Buy cordless vacuums that are so poor at cleaning we recommend you steer well clear of them.

For advice on choosing the right model for you, head to our cordless vacuum cleaner buying guide.