Samsung and Hisense TVs are competing for a spot in your living room, but which one of these brands came out on top in our latest round of testing?

If you’re shopping for a large TV that won’t break the bank, then you’re in luck. Our latest batch features a pair of 55-inch TVs under £500. But as our tests prove, researching before you buy is vital: two of our recently tested models are dreaded Don’t Buys that are let down by juddering picture and poor sound.

Samsung vs Hisense: battle of the 55-inch TVs

Two 55-inch TVs have gone head to head in our lab, with the Samsung UE55M6320 taking on the Hisense H55N5300UK. Remarkably, they both cost under £500. While the prices are similar, only one of these TVs supports 4K content. We’ve rounded up each TV’s key features below: 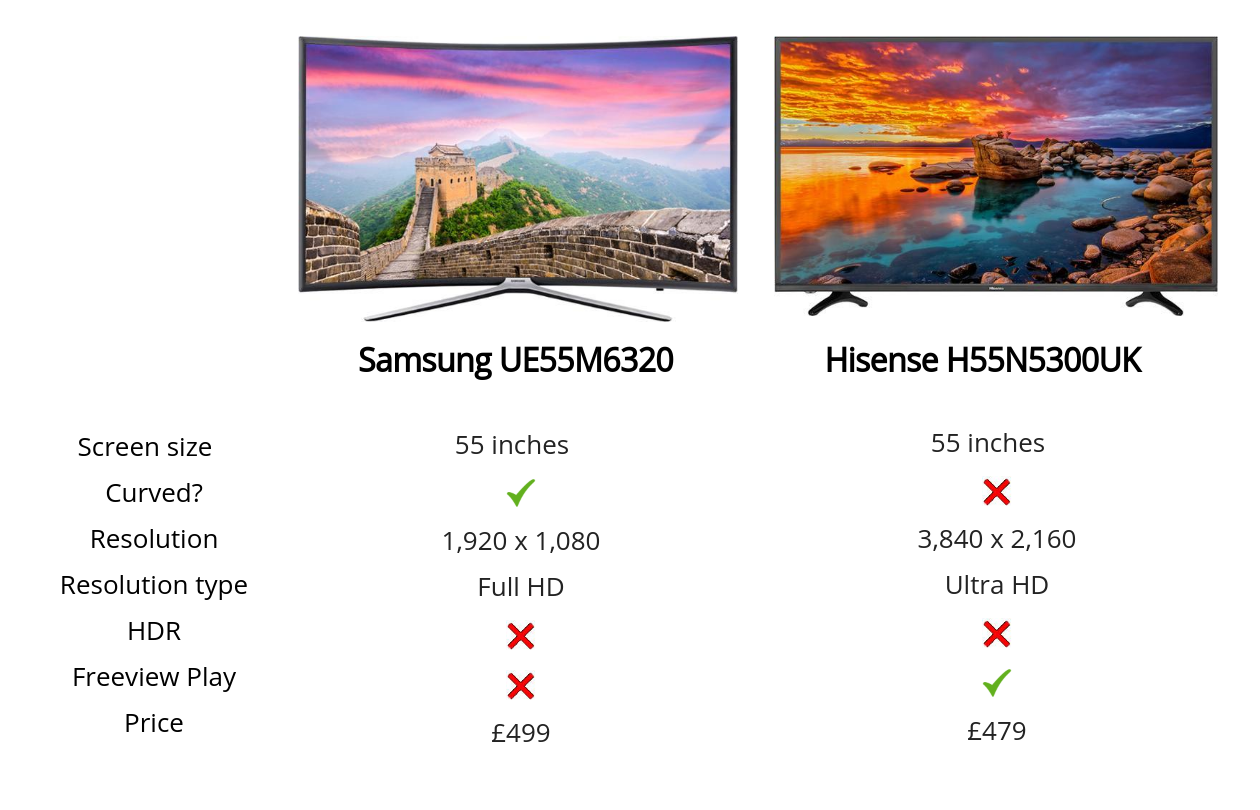 Although curved TVs seem to be falling out of fashion, Samsung hasn’t given up on them just yet. The 55-inch Samsung UE55M6320 has a curved Full HD display and comes packed with smart-TV apps, including Netflix and YouTube.

It doesn’t support 4K Ultra HD content though, which may have film fans looking elsewhere. There’s a single tuner PVR, but you’ll need to plug in a USB device to use it. Is this Samsung up there with the best Full HD TVs we’ve tested?

Sat next to the Samsung is the 55-inch Hisense H55N5300UK. It bests its rival in a specs battle, with support for 4K Ultra HD content. There’s a Freeview HD and satellite HD tuner included, and Freeview Play combines catch-up and live TV.

You won’t find many 55-inch sets for this price, so is now the ideal time to buy? 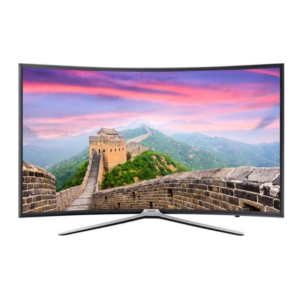 You may not want a 55-inch TV dominating your home, so the Samsung UE49M6320 could be a solid alternative.

It’s a 49-inch curved Full HD TV with a specs sheet that matches its larger sibling. This one’s cheaper, though – £400 at the time of writing.

As the UK’s most popular TV brand, Samsung sells TVs of all shapes and sizes. See which models have impressed with our Samsung TVs rated guide. 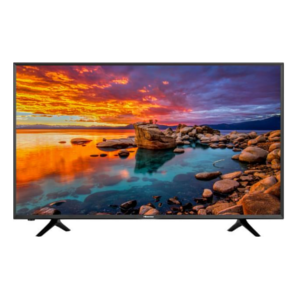 One step down (size-wise) from the 55-inch Hisense is the 50-inch H50N5300UK (right). This 4K Ultra HD TV has four times the number of pixels as a Full HD competitor. Support for Freeview Play is included, which makes it easy to switch between live TV and catch-up services. To see if this £380 TV treats owners with natural colours and balanced contrast.

The smallest Hisense of the bunch has a 43-inch 4K Ultra HD display, currently being offered for £329. 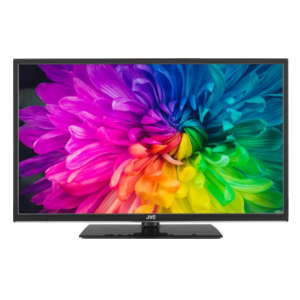 It’s on sale for a tempting £180, but can it offer the sort of viewing experience you’d expect from a pricier rival?

Also featured in JVC’s range is the LT-43C770. It’s slightly larger with a 43-inch screen, and Freeview Play is one of its headline features.

At the time of writing you can buy one for around £300. 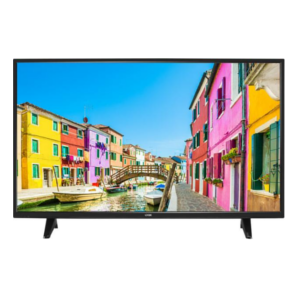 Logik is well known in the world of TV DVD combis, with its small sets well-suited to caravans, children’s bedrooms and the like.

But the brand also makes large TVs suitable for the living room. The 49-inch Logik L49UE17 is sold exclusively by Currys/PC World, on sale right now for £350.

Although it’s budget-priced, this TV still has a 4K Ultra HD screen and smart-TV functionality.

Our rigorous tests prove that you don’t always have to spend big to own a Best Buy TV. If you want to keep costs low but still want a TV that gives a great picture, see our guide to the best cheap TVs. You can also make the most of the January tech sales with our advice on the top TV deals in the UK.