SUV crossovers are among the UK’s bestselling cars so far in 2018. But are these 4x4s really the best family cars you can buy, or is the humble estate a better bet?

This week, Which? reviews two premium entrants in the traditional estate class to see whether estates really have lost their lustre, or whether they’re a good alternative to the current crossover craze.

First off, we have the BMW 3 Series Touring, part of BMW’s core 3 Series range, and now in its fifth generation. On paper, lighter, more streamlined estates should give you better fuel economy than an SUV, saving both your wallet and the planet.

The 3 Series Touring has plenty of safety kit packed in, too. Is there a catch, or is this an oft-overlooked gem that’s simply not quite on-trend?

If you’re looking for a life of luxury instead, BMW’s got you covered with the BMW 5 Series Touring – the estate version of the 5 Series. It launched in 2017, with claims of even more luggage space and improved fuel economy.

Car-buyers seem to love the high ride height and space of SUV crossovers, and Subaru’s offering is the Forester. But does that high ride and off-road capability mean you’ll sacrifice a keen drive and fuel efficiency? We reveal all through the links below.

Want to skip straight to our round-up of the very best (and worst) cars? See our top cars for 2018. 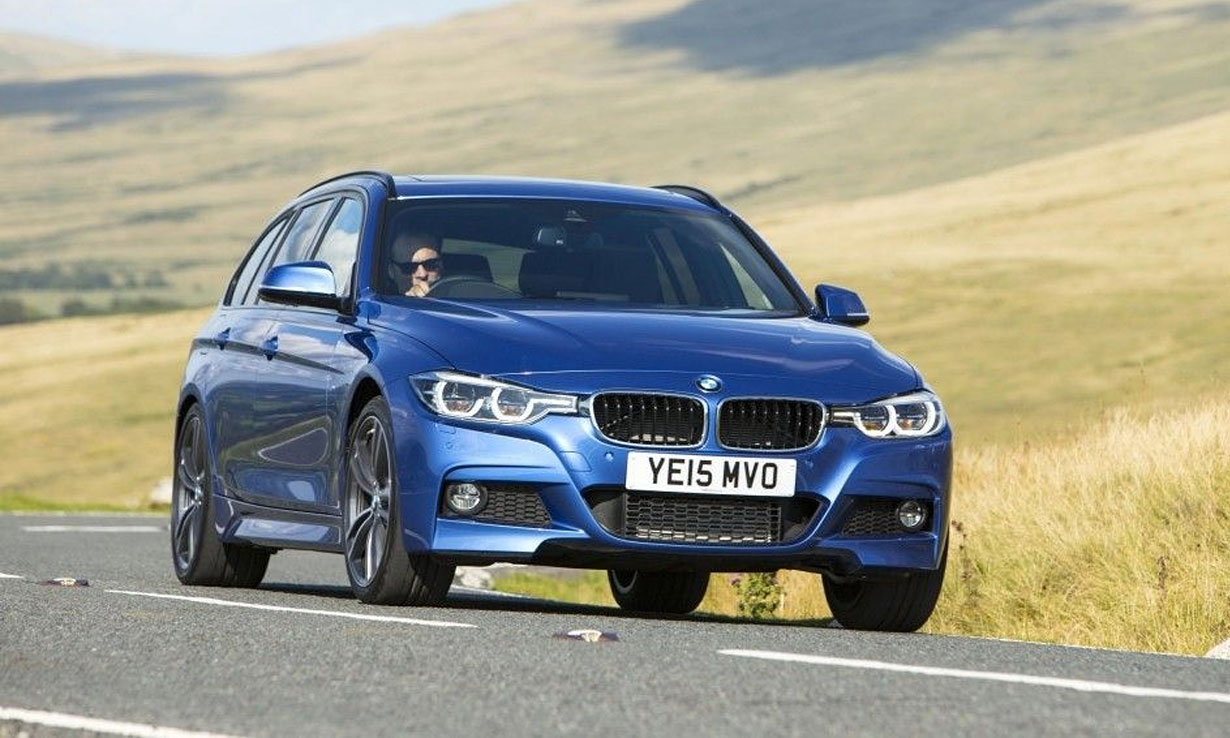 The BMW 3 Series Touring competes against premium estate rivals – such as the Audi A4 Avant and Mercedes-Benz C-class Estate.

The fifth-generation BMW 3 Series Touring may look similar to the previous generation, but it’s all-new within. It has a new stiffer platform than before that aims to further improve safety, and it also has a longer wheelbase, extra length and wider wheel tracks.

These changes are designed to make this an even more practical family car, with added space for passengers and luggage, and with BMW‘s traditional driving prowess behind the scenes.

The biggest change from a facelift in 2015 is in the engine line-up. All models except the 330d now come with a new or improved engine.

Most importantly, a new entry-level model of the car (the 318i) has been introduced, with a 1.5-litre three-cylinder petrol engine that comes from BMW’s third-generation Mini Cooper.

A 330e plug-in hybrid version was also launched for those that want to get into the electric car revolution.

So why go for an SUV crossover when you can have a family-friendly car that claims to be great to drive? See whether this car should be on your shortlist in our BMW 3 Series Touring review. 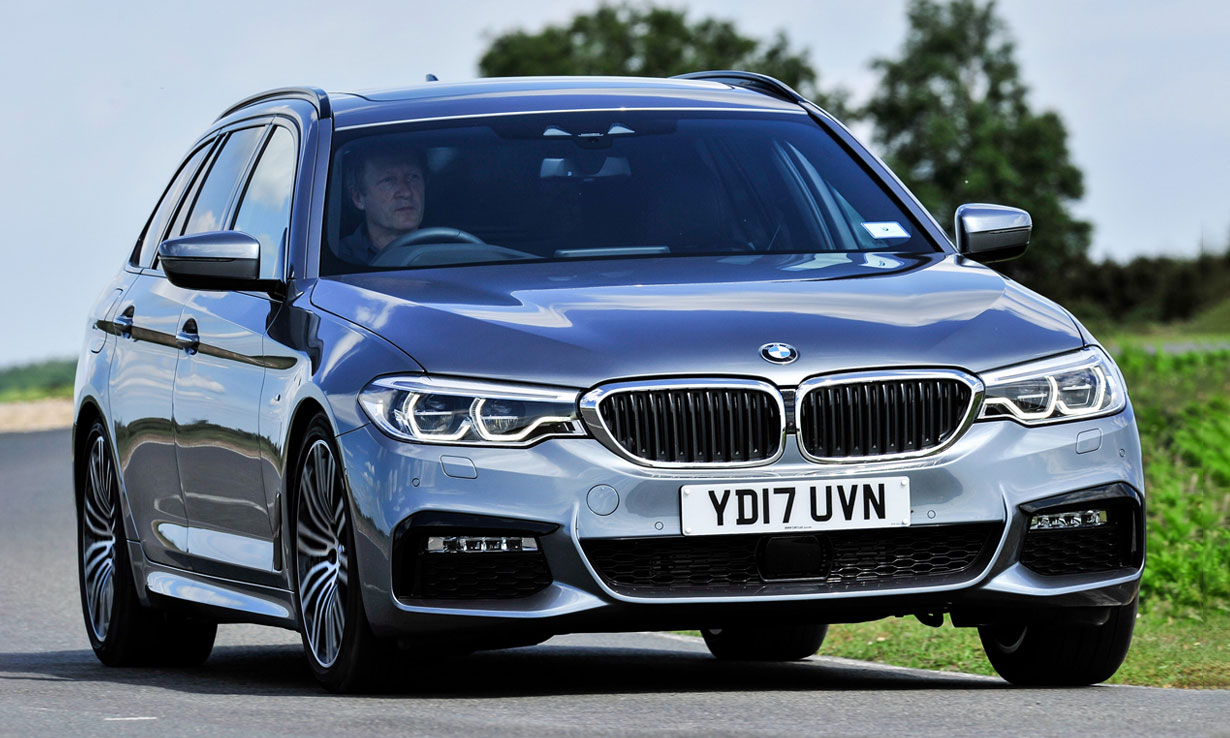 BMW offers an alternative for those looking for more luxury, with the BMW 5 Series Touring. This is the largest estate that BMW makes and has a premium £35,000 price to match.

Under the hood it shares much of its DNA with the 5 Series saloon, and there’s a wide choice of petrol and diesel four- and six-cylinder engines available. But unlike the 3 Series Touring and 5 Series saloon, there’s no plug-in hybrid variant.

All Tourings come with an eight-speed automatic gearbox as standard, BMW’s xDrive ‘intelligent’ all-wheel drive is available as an alternative to rear-wheel drive in some versions, and you can also order ‘active’ four-wheel steering.

Find out whether this was enough effort from BMW to make its car succeed in our tough tests – see our expert BMW 5 Series Touring review. 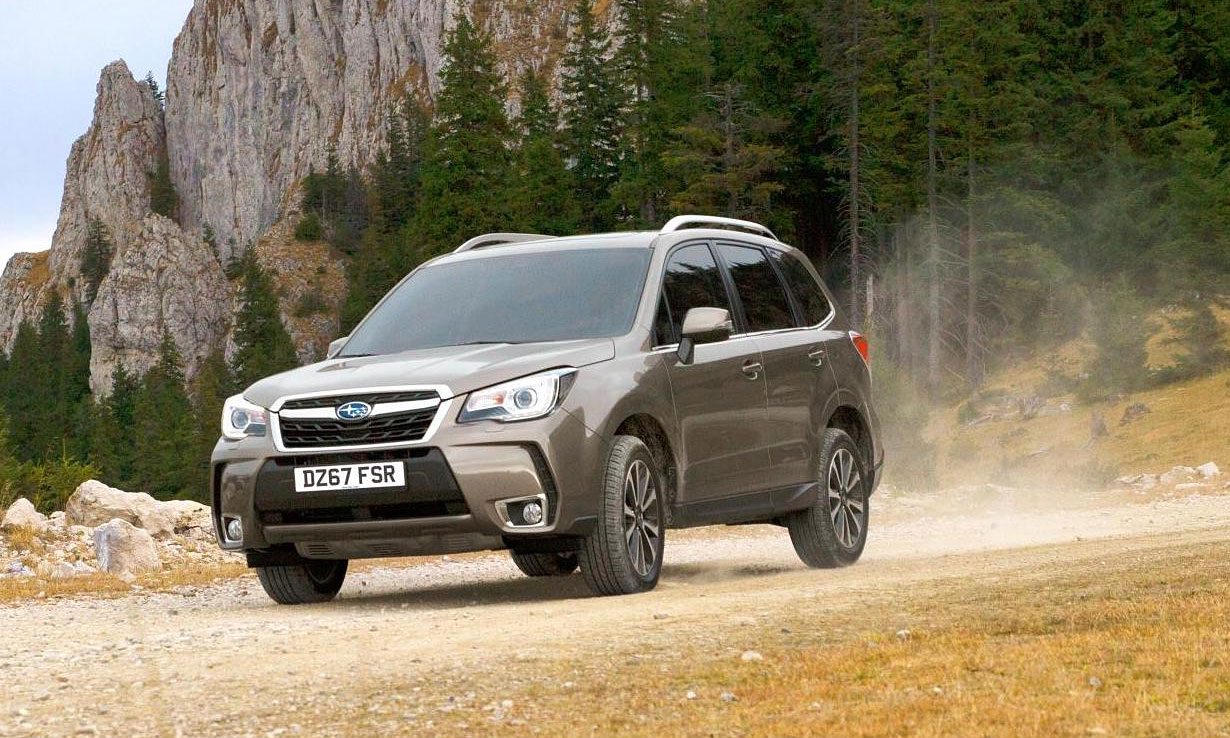 The Subaru Forester is an uncompromising SUV crossover. True to Subaru’s roots, it has a four-wheel-drive system that should perform both on and off road, whatever the weather. Plus, it should be a good vehicle for towing.

The Forester is larger and more practically oriented than Subaru’s stylish XV 4×4. Its engine choices include the popular 147hp 2.0-litre diesel, as well as a 150hp 2.0 XE and turbocharged 240hp 2.0 XT petrol.

Subaru makes the world’s only ‘boxer’ diesel engine – which means the cylinders are arranged opposite each other, making its four-cylinder diesel exceptionally smooth to drive.

An update in 2017 added Subaru’s ‘EyeSight’ safety system as standard – this driver assist technology includes features such as pre-collision braking and will alert you if you stray outside your lane.

The Forester also comes with Subaru’s five-year/100,000-mile warranty, which is one of the best in the business.

See whether this is the all-rounder for you in our Subaru Forester review.