Who will triumph in the battle between these tech behemoths? With the Galaxy Watch available to pre-order from £279, and due to be shipped on 6 September, we take look at whether you should jump at the chance or turn your attention to one of its biggest rivals instead.

If you want to see full results from our tough lab tests, head over to the full Apple Watch Series 3 GPS review or our detailed hands on look at the Samsung Galaxy Watch.

The GPS version of the Series 3 starts at £329, while the Cellular version is priced from £399 for the 42mm version, right up to well over a £1,000 for the ceramic bezel option or a designer-collaboration. The Galaxy Watch is still expensive, but it pips the Apple to the post by £50 when it comes to price – costing £279 for the 42mm option, or £299 for the 46mm. There’s no word on how much the LTE version will cost, but we expect it will be around the £350 mark.

Let’s dig a bit deeper to see how they compare.

If you plan to wear your smartwatch all the time, then the design you choose will be a very personal choice. The good news is that these watches offer two very different designs, so there should be something to please everyone. The Watch Series 3 has the square bezel and crown for control, both of which are synonymous with the Apple range of smartwatches, while Samsung has put serious thought in to the traditional watch-style look of the Galaxy Watch. 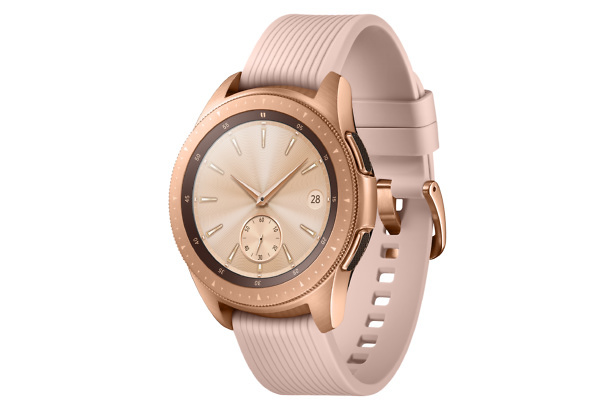 Both watches come in two different screen sizes, and with different finishes. The Galaxy Watch is available with a 42mm and 46mm display, and in three colours; rose gold and midnight black for the 42mm version, and silver for the 46mm watch. 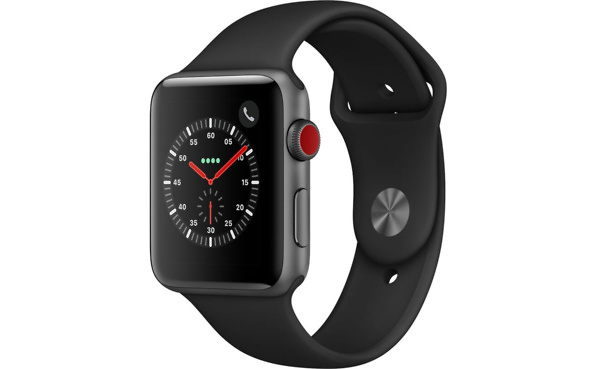 The Galaxy Watch charges ahead of the Series 3 when it comes to battery life, claiming up to more than four times the number of hours of juice per charge. This is thanks to a brand-new battery, specifically designed for smartwatches, which we’ll put to the test in our labs soon.

Of course, using the 4G capabilities on either watch to make calls without your smartphone dramatically cuts battery life. We haven’t seen any claims around the battery life of the Galaxy Watch LTE version, but you can find out what impact the 4G had in our full Apple Watch Series 3 GPS + Cellular review.

There was a lot of hype around the operating system Samsung would pick for their next smartwatch, and it came as a little bit of a surprise when they announced it would run on their own Tizen platform rather than Wear OS. But how does Tizen compare with Apple’s WatchOS 4.0? 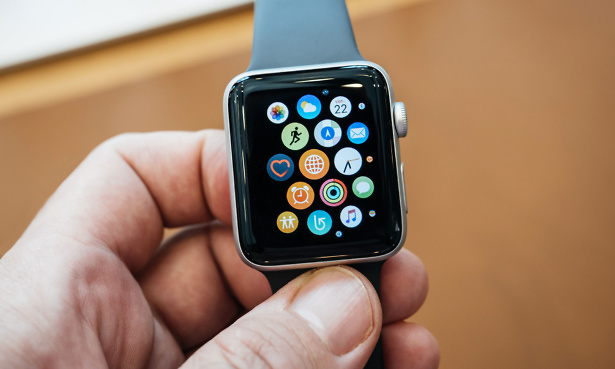 The most obvious difference is that Tizen is compatible with both Android smartphones and iPhones, but Apple smartwatches can only be used by iPhone owners. WatchOS 4 will be comfortably familiar to iPhone users, too, as it’s got classic Apple style and commands, while Tizen may take a little bit of learning if your new to Samsung smartwatches. Beyond that, smartwatches running Tizen are a little more limited on the choice of apps available for the OS compared with Apple Watches.

Both of these devices have beautifully clear and vibrant displays, with brilliantly reactive touchscreens. The Apple is covered with Ion-X strengthened glass, while Samsung has wrapped the display of the Galaxy Watch with military level (it claims) Corning Gorilla DX+ strengthened glass. This should mean that both of these watches are durable enough to be protected during even the roughest of sports, something we’ll put to the test soon. 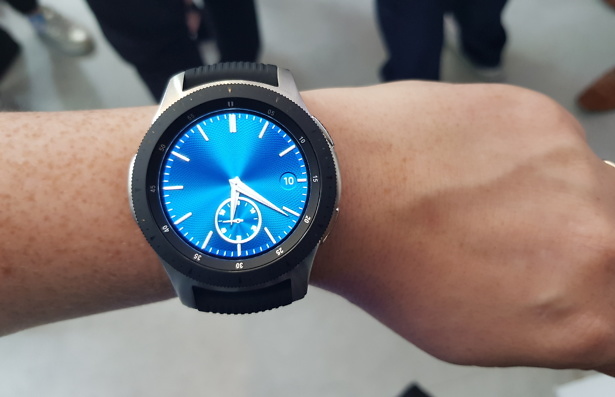 We’ve seen a lot of ‘smartwatches’ that disappoint with a lack of true smart functionality, but that’s not the case here. With the Watch Series 3 and Galaxy Watch, you’ll be able to read and create messages, control calls on your smartphone, and set up calendar alerts and reminders. You can install apps on the watch itself, so you can use social media or your favourite weather or fitness apps on your wrist. You can listen to music via Apple Music on the Series 3 or Spotify on the Samsung, and both have Bluetooth for pairing with wireless headphones. There’s also NFC on both, for making contactless payments.

The Cellular version of the Series 3 has 4G connectivity, so you can also make and receive calls on your smartwatch without your smartphone nearby. The current range of Galaxy Watches don’t have 4G connectivity, but an LTE version is due to launch later this year.

There’s very little in it when it comes to the fitness features of each of these smartwatches, as both are packed to the brim with sensors. Both have built-in GPS and a heart-rate monitor, and dedicated profiles for tracking a range of sports and exercises. It’s not surprising, either – Samsung focused heavily on the fitness features of the Galaxy Watch during the unpacked event, while Apple has made it clear that one of the main focuses for the Watch lies in it’s health benefits.

One of the big questions when a new flagship device launches is, should I upgrade if I have a previous iteration? And with no big Wear OS announcement, it’s left us scratching our heads about just what the differences between the two really are.

There’s the name and the battery life (seven days for the Galaxy Watch verses four to five days for the Gear S3), but Samsung has added extra features for sports enthusiasts, too. The Galaxy Watch is claimed to be waterproof to 50 metres, meaning you can swim or snorkel while wearing it, as opposed to the dust and splash resistant Gear S3. There are 21 new sports profiles, too.

Design-wise, there isn’t a huge change between the Gear S3 and larger Galaxy Watch – both have 46mm displays and a rotating bezel. The good news for those with smaller wrists is the launch of the 42mm Galaxy Watch option, and the new rose gold design. You can find out exactly what our expert thought of the latest design options when they got hands on with the Galaxy Watch.