Family SUV sales are soaring, as car buyers are looking for space and practicality. So it’s just as well that we’ve tested a whole host of them at our expert lab – from cheaper small SUVs to large premium models. And we’ve tested some other types of sporty-looking family cars as well.

First off, you can read our expert reviews on two medium-sized SUVs – the premium BMW X3 and the Hyundai Kona. Both aim to give you plenty of space in a car not too difficult to park.

For those looking for a giant rugged seven-seater, we’ve taken the latest Land Rover Discovery for a spin as well.

We’ve also tested the popular Volkswagen Golf SV, a five-seat people carrier marketed as a sporty MPV. As well as the sporty-styled Seat Ibiza – this five-seater car is is currently being sold with a fault that means it can only be used as a four-seater, as we explain further down.

Find the ideal car for you through the links below. 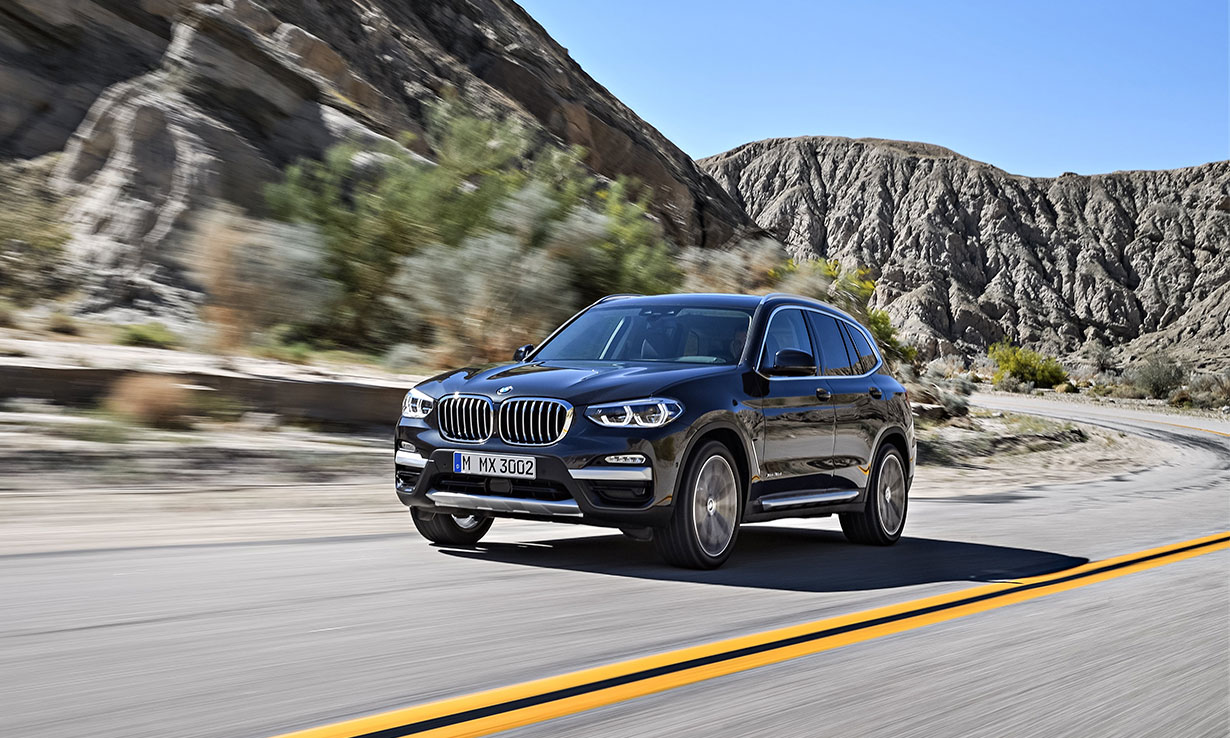 BMW has no less than six separate SUV model lines. But of these, the X3 is the most important and one of the more high-profile medium-sized SUVs on the market. The third generation BMW X3 was launched in late 2017.

Compared to the previous model, it has a longer wheelbase and claims to offer a more roomy interior. All X3s are all-wheel-drive and all fitted with eight-speed automatic transmission.

You can upgrade from the SE standard trim to either xLine, which adds off-road ruggedness, or M Sport for sporty styling, interior and seats.

See whether you’ve found the dream SUV for your family in our BMW X3 review. 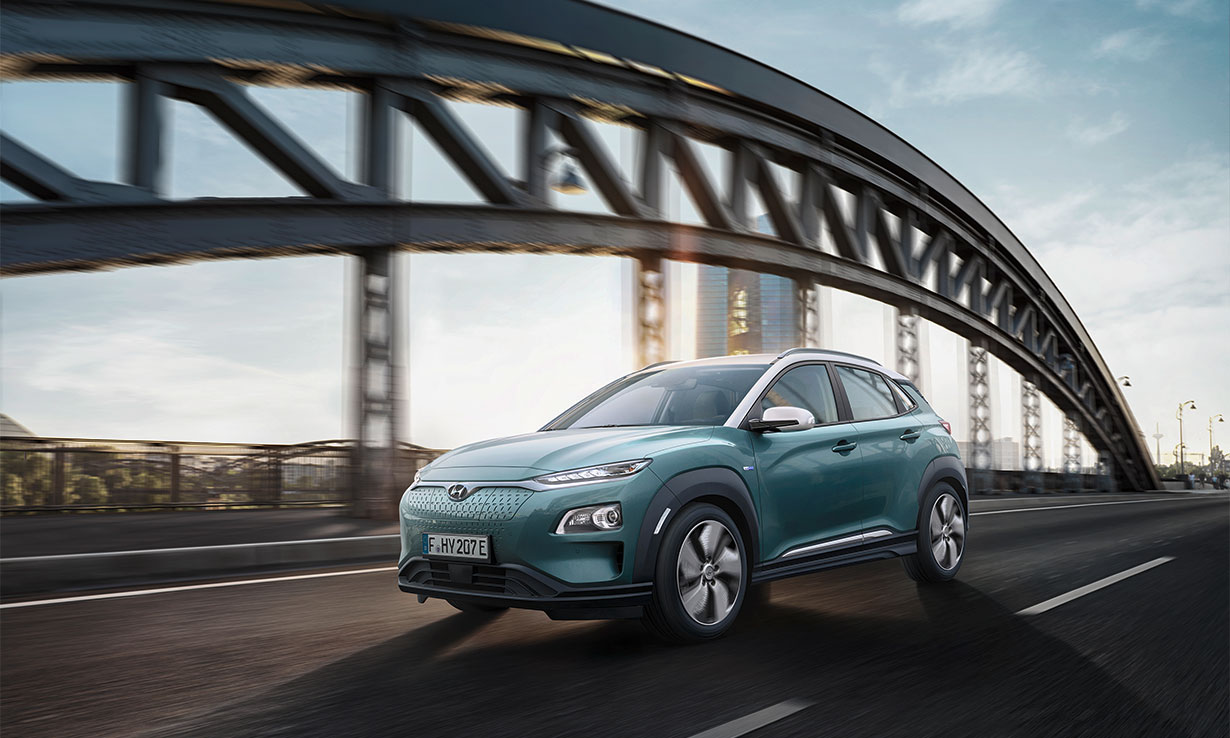 For those looking for something smaller and more affordable, the boldly-styled Hyundai Kona is a compact SUV crossover. It competes against the popular Nissan Juke, as well as the Fiat 500X and Vauxhall Crossland X.

Almost all Konas are front-wheel drive, but there’s an all-wheel drive option on the top-spec 177hp petrol model.

Find out whether this is the practical family car for you in our Hyundai Kona review. 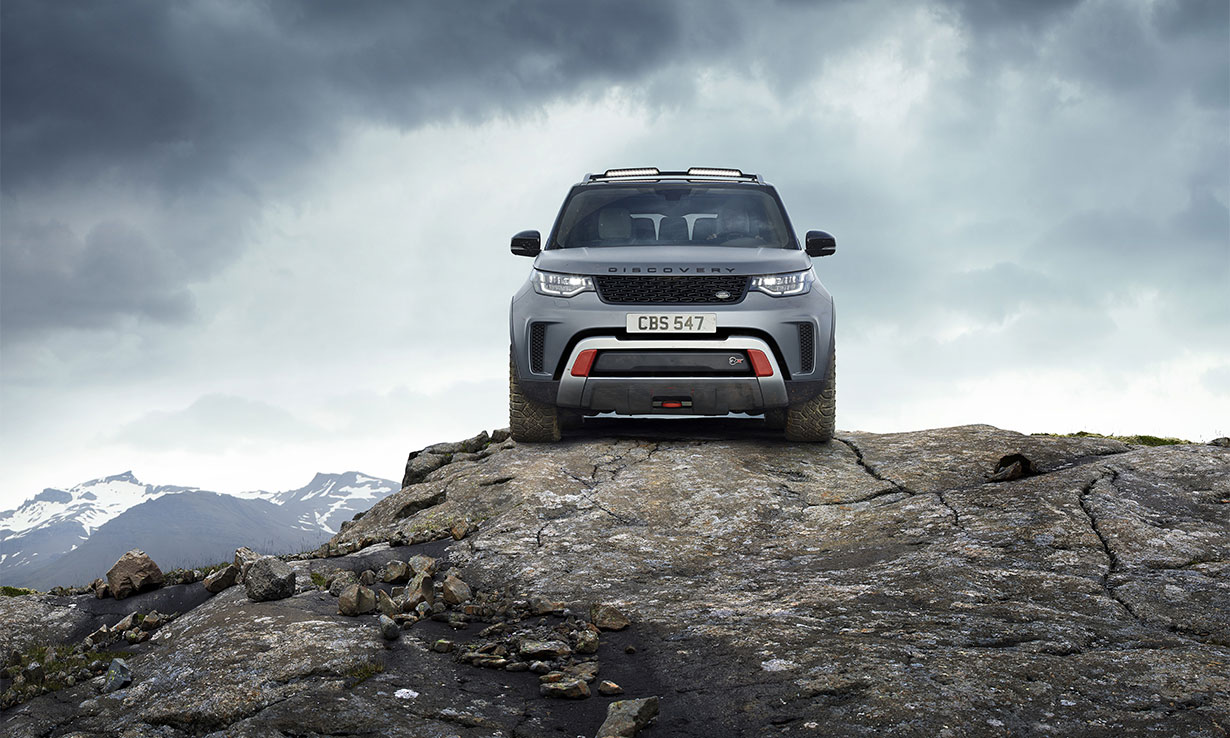 The giant seven-seat Discovery luxury SUV is one of Land Rover’s most important models. Launched in 2017, its fifth generation is based on the same platform as the Range Rover and Range Rover Sport, and is mostly made of lightweight aluminium.

The Discovery has now abandoned the traditional, upright look of previous models with a more modern design. It does retain the controversial asymmetrical rear tailgate of previous models, although it’s now top-hinged.

Are you looking for an exceptionally roomy and rugged seven-seater? Check out our Land Rover Discovery review. 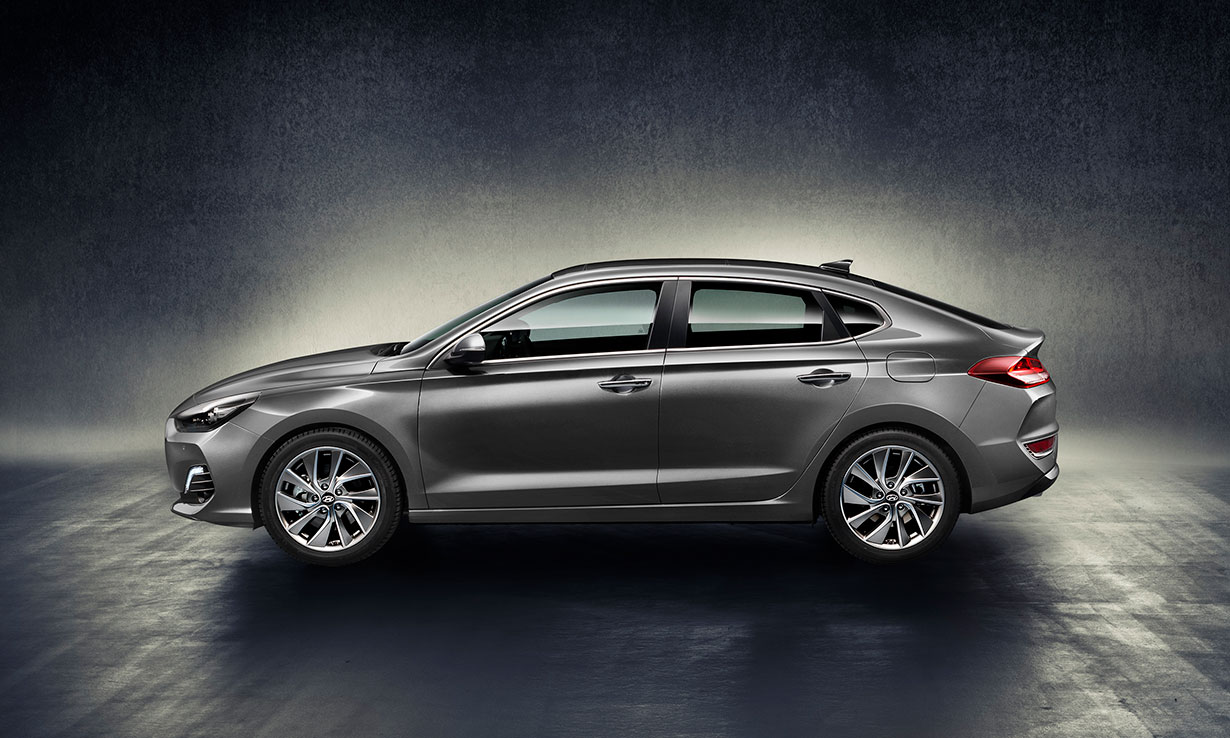 Boxy-looking cars are falling out of favour, so Hyundai’s five-door i30 Fastback aims to add styling verve to the medium-size car market with a sloping coupé roofline. Which means you can drive your family in style.

The Fastback’s roofline is 3cm lower than the standard Hyundai i30 hatchback’s, and tapers towards the rear over the boot. It also sports a smaller front grille, making the car look wider, and adds more flair to its headlights design as well.

Want a medium-size car with style? Head over to our Hyundai i30 Fastback review. 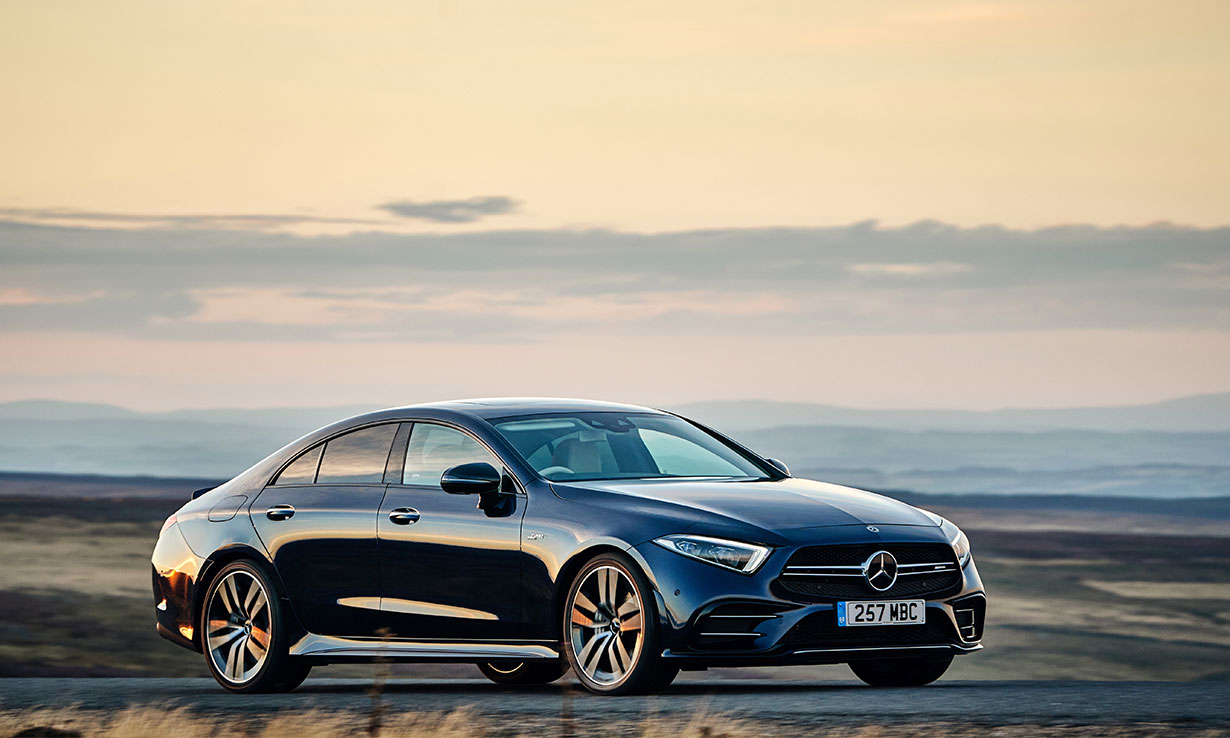 Mercedes-Benz pioneered five-door coupé car design with the luxury  CLS. It now competes against the Audi A7 and BMW 6 Series Gran Coupé.

Based on the Mercedes E-Class, the third-generation CLS launched in 2018. It comes in four models: two six-cylinder diesels (286hp and 340hp) and two six-cylinder electrified twin-turbo petrols (367hp and performance AMG 435hp).

The ‘AMG Line’ is the only trim level available, which is the high-end trim exclusive to Mercedes’ AMG performance cars.

However, you can add a Premium Plus pack costing £3,895 for further luxury, with electric front seats, a surround sound system, 360-degree camera and sunroof).

If you’re feeling flush, you can also fork out for a Comfort pack on top of this as well (adding air suspension and can also include plush leather) for £395-£2,495 more than the Premium pack.

All current versions are 4MATIC, which means they have all-wheel drive. A  non-4MATIC version of the CLS is coming this November. It costs less than the all-wheel version, but is hardly cheap – starting from £52,625

But how practical is this car, how good is it to drive and is it worth the premium price? We reveal all in our expert Mercedes-Benz CLS review. 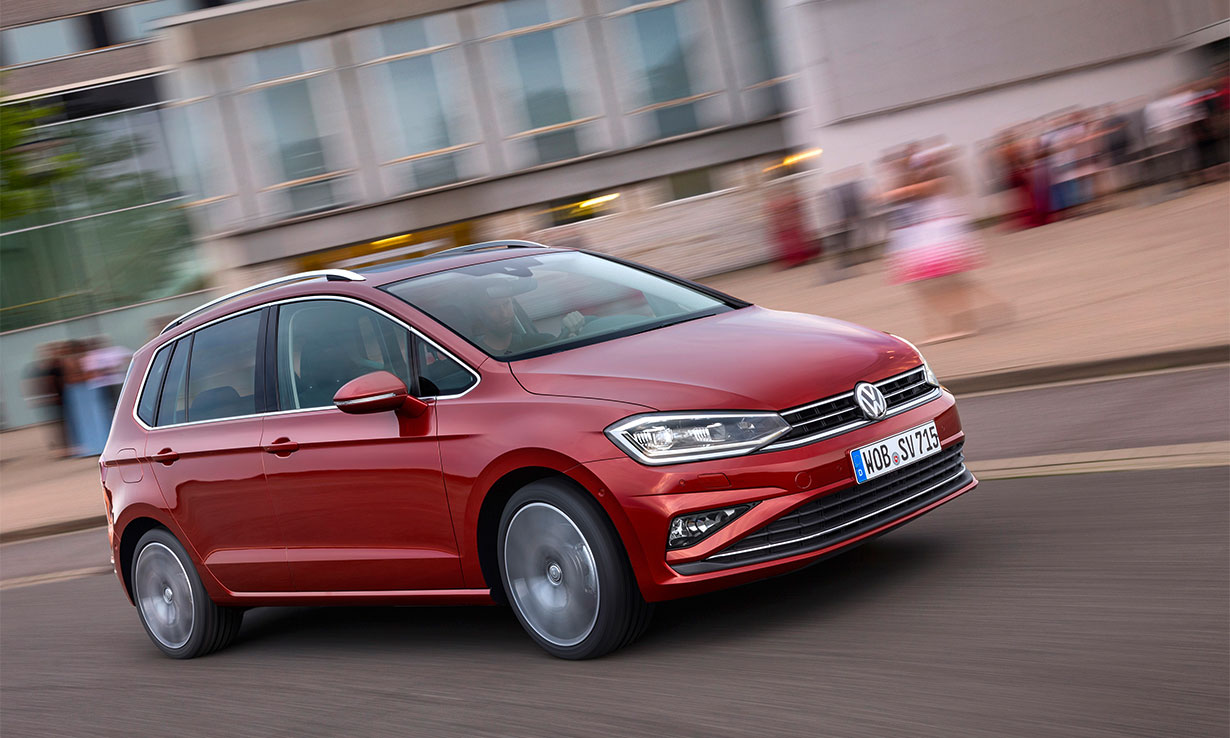 If you’re still a fan of traditional MPVs, there aren’t as many options as there used to be, although the Ford Galaxy and Volkswagen Sharan are still around. But if you’re looking for something a bit smaller, Volkswagen claims its five-seater Golf SV is a sporty alternative.

Under the hood, it’s basically the same as the VW Golf, and is more slender-looking than the VW Touran or Ford C-Max. It’s 8.3cm longer and 12.6cm taller than the Golf hatchback, giving it a more boxy look, which should give it added practicality for your family.

See whether this is the car of convenience for you in our exclusive Volkswagen Golf SV review. 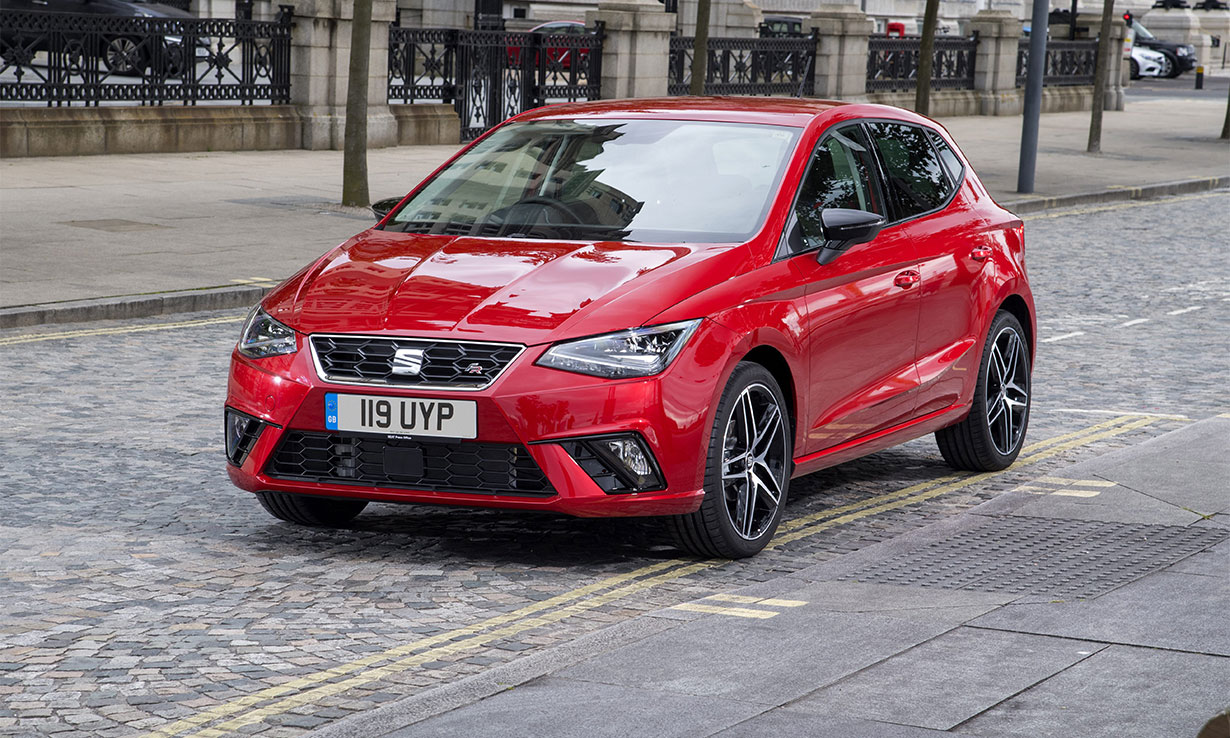 Launched in 2017, the fifth-generation Seat Ibiza is a small hatchback that’s built on the same platform as the VW Polo and Skoda Fabia, but with sporty looks.

It’s Seat’s competitor to class-leaders such as the Ford Fiesta and Vauxhall Corsa.

Manual and semi-automatic transmissions are offered but, unlike previous Ibizas, this model is only available as a five-door hatchback, with no three-door version available.

However, there’s something you need to be aware of. Even though the Ibiza is being sold as a five-door car, buyers are being warned not to use the rear middle seat.

This is because when all three back seats are in use and the car is driven at speed, the far-left one could come undone, leaving a passenger in that position unsecured. The same fault affects the VW Polo and Seat Arona.

The three cars are being recalled but this only provides a temporary fix and the rear middle seat still can’t be used. The permanent fix isn’t being rolled out until November. To find out more, see VW and Seat continue to sell thousands of cars with a potentially lethal fault.