If you’ve invested in a Nutribullet blender, you might not be too happy to realise that, a couple of years down the line, it could end up costing you twice as much as you originally paid, if you follow Nutribullet’s advice on buying replacement blades.

An eagle-eyed Which? member alerted us to a small note in their Nutribullet manual, recommending that you replace the blade unit (the screw cap which seals in your ingredients for blending) every six months if you are a frequent user, or as needed for optimal performance.

The Nutribullet website has similar advice, but there is little explanation of what ‘optimal performance’ means, and no quantification for ‘frequent use’.

If you follow this advice, you’ll end up paying a higher price than expected for your blending habit. But we’re not so sure that you need to, unless your blade unit is showing signs of wear.

We reveal the real cost of buying a Nutribullet, and how it compares with rivals, below.

Blender reviews – our verdict on the best and worst blenders 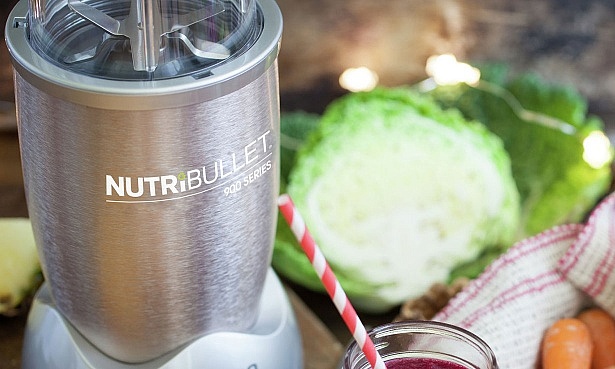 The reason Nutribullet recommends replacing the blade unit is to do with the rubber seal (or gasket). This forms part of the inside of the blade unit and helps to create a tight seal with the blending cup, keeping your liquid smoothie ingredients safely locked in.

With regular use and cleaning, this seal can deteriorate. In worst-case scenarios, the seal can completely break and cause your Nutribullet to leak – which could potentially damage your blender if the blender base and motor gets wet.

When questioned about this instruction, Nutribullet told us: ‘It is incredibly rare, however, with high frequency use and subsequent cleaning, over long periods of time, the silicone gasket could degrade, therefore the blade configuration may not work to its optimum performance.’

‘To keep your NutriBullet in tip top condition, we therefore recommend frequent users change their blades every six months.’

Replacement blade unit costs differ by Nutribullet model, but cost between £10 and £15.

How much does a Nutribullet really cost?

Based on Nutribullet’s recommendations, we compared the total costs (upfront cost and replacement parts) for several popular Nutribullet blenders versus a premium rival blender from Sage: the Boss To Go, £110. 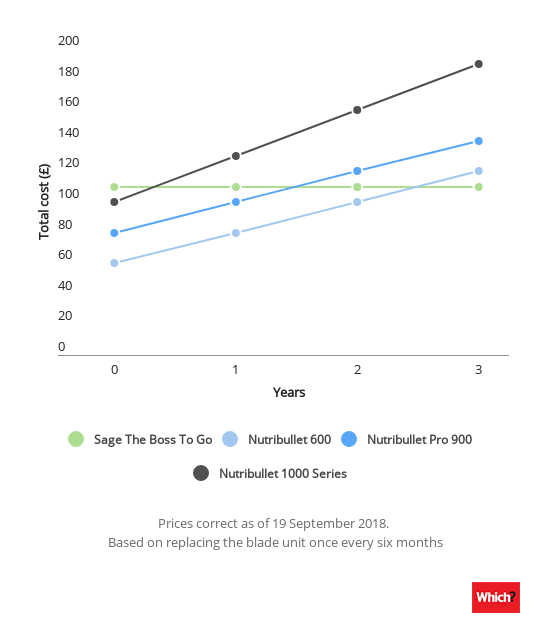 If you follow Nutribullet’s replacement blade unit advice, every Nutribullet blender – even the cheapest model (Nutribullet 600, £60) – ends up being more expensive over time than the alternative model, despite several being cheaper upfront.

Nutribullet vs other blender brands

We checked the manuals of similar style blenders and found no mention of needing to regularly replace parts.

Some other blender brands, such as Breville, sell replacement parts, including blade units, but they don’t state that you have to replace the blade unit regularly. Advice on Breville’s website simply suggests to replace the unit if it starts to shows signs of age and wear.

Having replacement parts available can prolong the life of your blender, as the blade unit is one of the parts that gets the most wear, so it’s worth checking for availability and price of spare parts before you buy, and checking out the warranty options too.

Do you need to replace blender parts regularly? 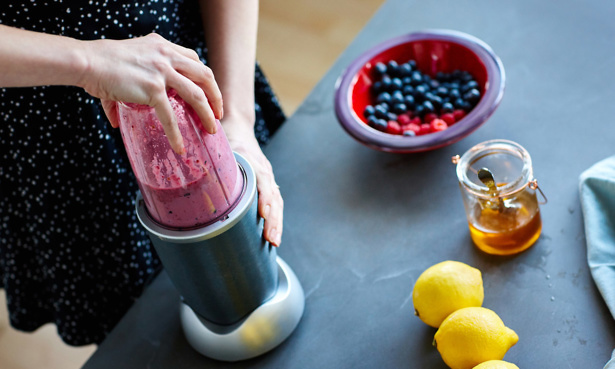 Blenders are generally pretty reliable compared with other small appliances, according to our most recent survey looking at how well small appliances last when you get them home (Which? member survey, May 2017),

Leaking was the most common fault reported among blender owners in the survey, which could well be down to a worn-out seal. However, comparatively few blenders developed any fault at all in the first three years of ownership, so replacing your blade unit every six months seems excessive.

Read our guide to the top blender brands to see where Nutribullet ranks for reliability and customer satisfaction.

Keep an eye on your blender blade unit, especially if you make smoothies daily or several times a day, and replace when you need to: when the seal starts to look worn or the cup shows signs of leaking.

Clean with lukewarm water, using a little washing up liquid and a soft sponge. This will help it to stay in good condition for longer.

Try to rinse it clean immediately after use too, rather then leaving it hanging around all day. It will be easier to clean and you won’t need to use abrasive methods to get rid of dried-on food, which could damage the rubber seal.

What to do if your Nutribullet needs a new blade unit

If the seal goes on your Nutribullet blender, you’ll need to replace the whole blade unit.

Nutribullet warns against buying standalone replacement seals, or counterfeit blade units (it says these are sold on Amazon and eBay). The brand says these options won’t offer the same tight seal that official parts do, and could lead to the blender leaking. You can buy official replacement parts from highstreettv.com.

Here’s a breakdown of costs by model:

If your Nutribullet has begun to leak, and you are unsure of the cause (i.e you don’t use it frequently, it’s less than six months since you bought it or the seal looks fine), contact the retailer.

For more advice on what to do if you have a product that isn’t working as it should, see our guide to your rights on faulty goods.