Will Apple be releasing another smartwatch in 2019? The internet seems to think so. Here are the most plausible rumours – and what we would like to see from an Apple Watch Series 5.

Rumours about the next Apple Watch are already flying around. There’s very little that anyone knows for certain – we don’t even know if it’ll be called the Series 5. Characteristically, Apple wouldn’t let anything slip when approached for comment, but that hasn’t stopped us looking at some of the key areas we think can be improved.

Read on for our hit list of features and specs we’re, perhaps not too optimistically, expecting from the next Apple Watch.

You can get discounts on all the existing Apple Watches if you shop around – but check our reviews of the best smartwatches first to see which make the grade. 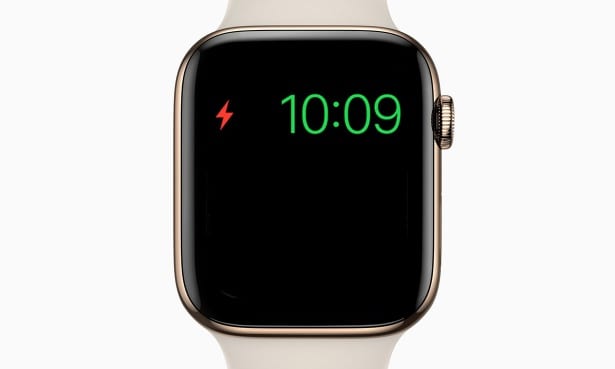 Both the Series 4 and Series 3 Apple Watches are advertised as having 18 hours of battery life.

That’s not long at all – for comparison, the  Fitbit Versa (£200) is claimed to last four days, the Samsung Galaxy Watches, up to seven days (depending on the size of watch you go for) and the Huawei GT (£150), as long as fourteen days.

For the Apple Watch, the short battery life is a real drawback, as it ties you into charging it every day. That’s a chore when life is busy and you’ve got to remember to charge your phone and potentially other devices each day as well.

We know that Apple takes fitness seriously: the Apple Watch is now every bit as much about the fitness features as it is about the smart features.

And the Apple Watch 4 is already great in this respect: it has automatic exercise detection, it sends you motivational reminders to close the activity rings on your smartwatch screen (pictured below), and it can track a range of activities – including wheelchair exercise, which only a handful of other wearables can. 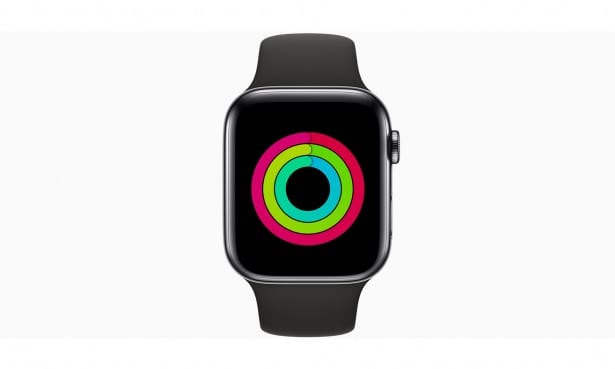 You’ll get a decent amount of data from it, such as time, calories, elevation, distance, heart rate – for runners and cyclists – and stroke rate and pace for swimmers.

Ultimately, though, the Series 4 is aimed squarely at fashion-conscious, enthusiastic ordinary folk, rather than athletes with specialist interests.

Compare that to the Polar V800 (£260), pictured below, which offers training load analysis, recovery status analysis, speed and pace analysis, a diary for planning training sessions, tests of orthostatic performance (how your heart rate responds to training and factors such as stress), tests of aerobic fitness, jump tests to assess leg muscular strength and a whole lot more. 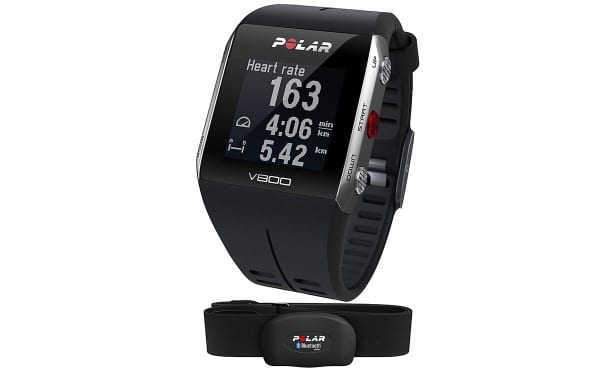 There’s also the Garmin Fenix 5 Plus (£475), which offers a very wide, very detailed, range of sports metrics for hardcore sportspeople looking to finesse their technique. Or the Garmin Forerunner 645 Music (£345) – or any from the dedicated running Forerunner range.

If you’re not willing or able to spend a couple of hundred, and running is your sole or main concern, the Huawei Band 3e is a genuinely viable alternative. Yes, it’s got a small, monochrome screen, but it’s one of cheapest trackers there is and  comes with some valuable features.

In Footwear Mode (when it’s taken out of its wristband and attached to your shoe), the Huawei Band 3e gives you foot strike pattern, average ground contact time, average swing angle and suggestions on posture and positioning to improve your performance and avoid injury – pretty remarkable for just £20.

Apple hasn’t gone into anywhere near as much detail as these brands – but perhaps, with the Series 5, it might.

It’s a minor niggle – but if the main thing you wanted your watch to do was tell the time, you wouldn’t be considering an Apple.

Still, it would be nice if the Apple Watch could be set to display the time permanently, without you having to tilt it or tap it to wake it up. Especially given how much you’re paying for it. This is a pretty common feature across most other smartwatches and fitness trackers, after all.

Looking to shop around? One of the first questions you should answer is: should I buy a fitness tracker or a smartwatch?

None of the Apple Watches have a native app for sleep tracking, which is a bit surprising considering Apple’s strong focus on health and wellbeing, and considering rival brands have been busy developing sophisticated sleeping tools for years.

The Fitbit Charge 3 (£117), for example, automatically detects when you’re sleeping, lets you set a sleep schedule to work towards, and gives you detailed insights into your sleep stages (light, deep and REM) and quality.

The Fitbit Versa has an SpO2 sensor, designed to recognise sleep apnoea, a potentially serious condition where the muscles in the throat relax during sleep, causing you to temporarily stop breathing.

Even the Oura ring (£270), which we recently tried out, gathers a wealth of data during the night, turns it into a series of graphs and charts and assigns you a score that tells you how ready you are to take on the day’s challenges. It also warns you if you’re not getting enough shut eye and advises you on how to improve your nighttime routine.

It’s possible to install a third-party sleep tracking app on the existing Apple Watches – but of course the elephant in the room here is battery life – you won’t get chance to use it if you’re going to be sticking your watch on charge every night. 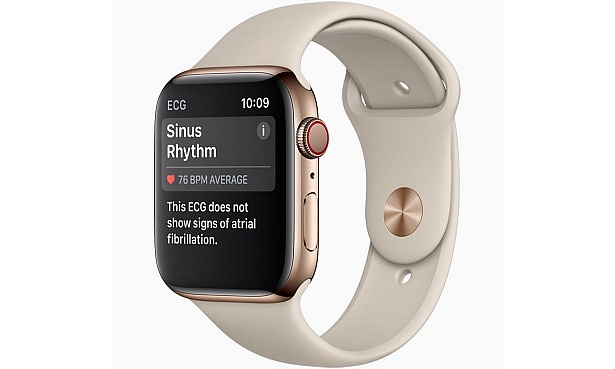 Will Apple continue to innovate with the Watch 5?

The Apple Watch Series 4 had a number of interesting innovations. Most notably, it can take an ECG (electrocardiogram) – a feature now available in the UK after a few months’ wait – and it can automatically detect if you’ve fallen over, and alert the emergency services on your behalf.

We were a little more skeptical about the fall-detection feature than Apple was. You can already buy fall sensors which are much cheaper and easier to use, and don’t require you to own an iPhone. But it could be good if you have an elderly relative who is reluctant to wear protective equipment, and is fully at ease using an iPhone, so it will be interesting to see if there are more developments in this space.

There was a strong focus on health at the Series 4 launch last year, and so we’ve got no doubt Apple has something even more impressive-sounding up its sleeves this year. We’ll be updating this story when we know more.

We’ve reviewed 38 smartwatches, including 5 from Apple. Discover all our smartwatch reviews.