More than 1,000 teddy bear toys from an unnamed Chinese importer have been detained and destroyed by Trading Standards in Suffolk.

The bears, which were destined for a warehouse in Coventry to eventually be sold online, were deemed unsafe for a number of reasons. A ribbon on each of the toy bear’s posed a potential strangulation risk for children, while the zip offered easy access to the stuffing inside.

Read on for more on the detained toys, along with details on how our own expert lab tests have uncovered dangerous children’s products.

Speaking to Which?, Suffolk Trading Standards confirmed that one of the attention-grabbing teddies was sent to a test lab on its arrival in the UK. This was to measure the cuddly toy against the standards set out in The Toys (Safety) Regulations 2011.

The standard sets out that free lengths of cords and chains on children’s toys should not exceed 30cm. However, in this case, each teddy detained by Trading Standards had a ribbon around its neck which was 79cm in total, far exceeding the standard.

Tests carried out by Trading Standards also found that the fibrous filling of the bear was easily accessible to a child. Simply by undoing the zip of the bear (see below), a child would be able to pull out the stuffing inside. 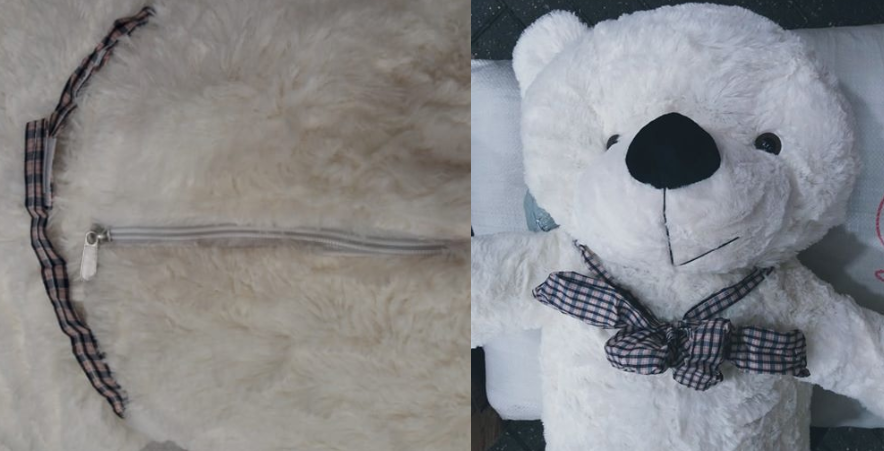 All of the labelling on the toys was written in Chinese. None of the seized toys had an all-important CE mark and, to add to the list of red flags, Suffolk Trading Standards told Which? there was no traceability through a batch or serial number. 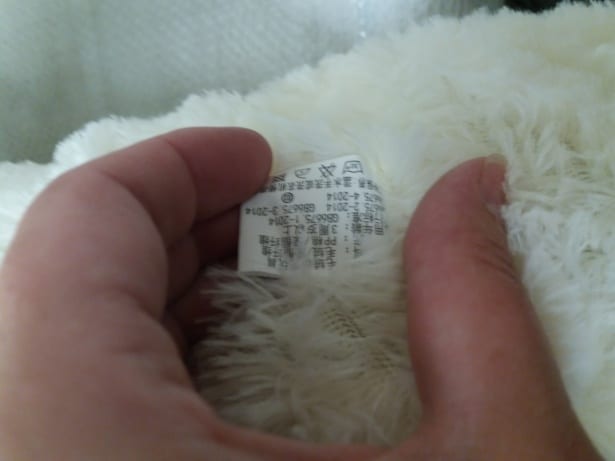 How can I make sure I don’t buy dangerous toys?

Standards and regulations are there to protect children from dangers that may not be immediately obvious when buying products in a shop or online.

The best way to make sure that the products you buy pass stringent safety standards is to check for a CE mark on the product. The CE mark must be affixed to the toy, either on a label or on the packaging. 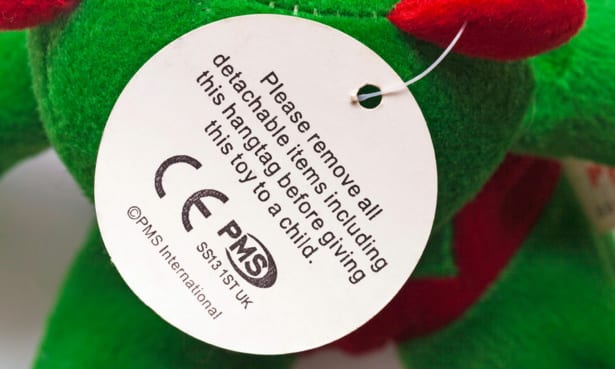 What does the CE mark mean?

A CE mark proves that a product has passed all relevant standards and is safe and legal to be sold in the UK. Whether you’re buying products in-store or online, it’s good practice to scope out the CE mark before you reach for your wallet.

But we know that CE marks can be faked. If there are safety questions over an item you’re buying, look out for the following:

The fight against unsafe children’s products

At Which?, we’re committed to improving safety standards for UK consumers. Our own expert safety tests have uncovered a range of dangerous Don’t Buy pushchairs and Don’t Buy child car seats.

In April 2019,  our tests revealed a popular children’s doll sold on the high street that contained phthalates above safety levels.

In December 2018, we revealed six toy slimes that failed the EU safety standard for the levels of boron in toys.

Sign our end dangerous products petition to take a stand against unsafe products.