The charges relate to contract costs built around repayment of a handset, which continue even after the end of the contract, when the handset has been paid off.

Telecoms regulator Ofcom has said that commitments by three of the largest UK mobile networks don’t go far enough to help prevent mobile customers overpaying. It recently calculated that out-of-contract customers are paying a collective £182m a year more than if they switched to a new deal.

O2, Virgin Mobile and Tesco Mobile have committed to moving out-of-contract customers to the equivalent 30-day, or best available, airtime deal (the package of data, minutes and texts). However, Three, EE and Vodafone have either refused to offer a similar discount, or committed to a reduction that does not go far enough.

We have long campaigned for handset repayment fees to end automatically once the handset is paid off, and believe all mobile network operators should seek the fairest solution for their customers in line with Ofcom fairness commitments that all providers signed up to in June 2019.

Typically, a bundled contract involves a joint price for the handset and airtime over a set period (often two years). Some mobile networks, such as O2, separate the airtime price and the handset price clearly on their bills, but others do not make it clear how much of the monthly contract price goes towards paying off the cost of the handset.

In the past, most mobile contract customers would continue to be charged the same price even when the handset had been paid off unless they changed contracts, meaning customers could end up significantly overpaying on their mobile phone bill. While Ofcom’s work to encourage fairer treatment for mobile customers is a step in the right direction, the lack of commitment from key operators shows there is still more work to be done.

The graph above shows how much the iPhone 11 would cost on a bundled contract, and how much the same mobile network charges for the equivalent minutes, messages and data as part of a monthly Sim-only contract.

For example, a typical bundled contract deal with EE could cost over £55 per month, but when the initial contract period is up, the equivalent cost of the bundle – and what customers should expect to pay now that the handset is paid off, is around £40 less.

Find out whether it’s best to buy a new phone on contract, or outright with a Sim-only deal, with our mobile phone contract calculator

What have mobile networks promised customers?

From February, out-of-contract bundled customers on O2, Tesco Mobile and Virgin Mobile will see their bills reduced to the equivalent 30-day, or best available, airtime deal, and Ofcom is working with O2 towards achieving a similar discount for its out-of-contract customers that buy bundled contracts through indirect partners, such as Carphone Warehouse.

However, Three Mobile has refused to sign up to the commitment entirely, so customers will be unable to benefit from these voluntary commitments.

Vodafone claims its customers can expect just a £5 discount on their monthly bill, while EE customers will get 10% off. These discounts will apply to all bundled customers’ bills once they have been out-of-contract for more than three months, but many could still end up paying hundreds of pounds per year more than they should. 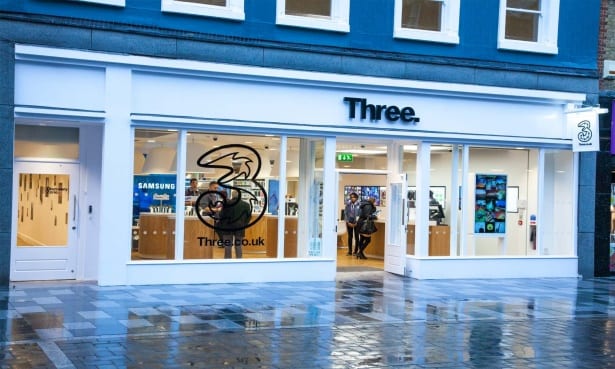 What to do if you’re a EE, Three or Vodafone customer

Here are some things you can do when your contract ends if you are with one of these mobile networks.

If you still want to stay with the same network provider, you can request to leave your current package when your initial contract term is up, and get a new Sim-only deal.

Virtual network providers use the mobile network from one of the ‘big four’ (EE, O2, Three and Vodafone) but are separate companies with their own brand name. Examples include Giffgaff, which uses O2’s network and iD Mobile, which uses Three’s.

Virtual networks are known for offering cheaper deals than their bigger counterparts so if you’re with EE, Three or Vodafone and you’re happy with the signal experience you have, consider switching to a virtual network for a cheaper deal.

For example, EE charges £13 a month for 250MB of data and unlimited minutes on a 12-month contract, whereas Plusnet Mobile, which uses EE’s network, charges £10 a month for 10GB on a short 30-day contract.

Switch to a different mobile network

You can also switch to a completely different network.

If your phone is locked to a specific  network and you are out of contract, you can request an unlock free of charge and then request a PAC code – a unique identifier that can be used to move your phone number between operators – in order to facilitate the switch. Three’s mobile devices are already unlocked, so you won’t have to make this request.

You’re then free to shop around as you wish to find the best Sim-only deal.

Browse our mobile phone network reviews to see which came out on top in our latest customer survey. 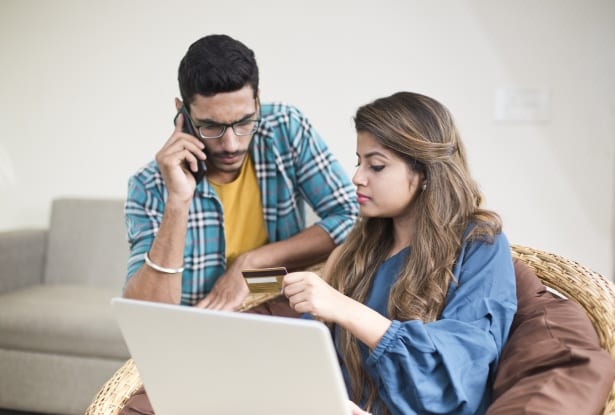 Which? calls for an end to mobile contract overpayments

We have long campaigned for mobile customers to be treated fairly, and for mobile network providers to be more transparent about mobile handset charges. We believe that consumers should not be charged for their handsets after the initial contract term, and that the handset repayment cost should be automatically removed at the end of the fixed term.

Given the fairness commitments that all major operators agreed to, Three’s inaction is unacceptable. Ofcom must also review whether EE and Vodafone’s commitments truly address the overpayment issue, which could still leave many people out of pocket.

We believe that if Ofcom is unable to take things further, the government must step in to ensure that mobile contract overpayments become a thing of the past.

In the meantime, we’d encourage all affected consumers to take matters into their own hands as soon as an initial contract period ends, to ensure they are not paying over the odds.

Anyone could stand to save on a mobile contract – get in touch with your mobile network provider to see if you can negotiate a better deal. Our guide on how to haggle for a better mobile phone deal can help.