The iRobot Roomba s9+ certainly looks the part of a top robot vacuum cleaner. Its sleek rose-gold and black body is chock full of impressive tech. It even empties itself, so you really can put your feet up and let it get on with the chores.

Robot vacuums can seem like the futuristic chore-saving gadget we’ve all been craving, but only a few prove they can dust-bust as well as conventional vacuum cleaners in our independent trials.

We put the iRobot s9+ through our tough tests to find out if its cleaning power and navigation skills are as mighty as its price tag.

Head straight to the full iRobot Roomba s9+ review to get our official verdict, or read on to find out more about key features and how it compares to iRobot’s other robot vacuums. 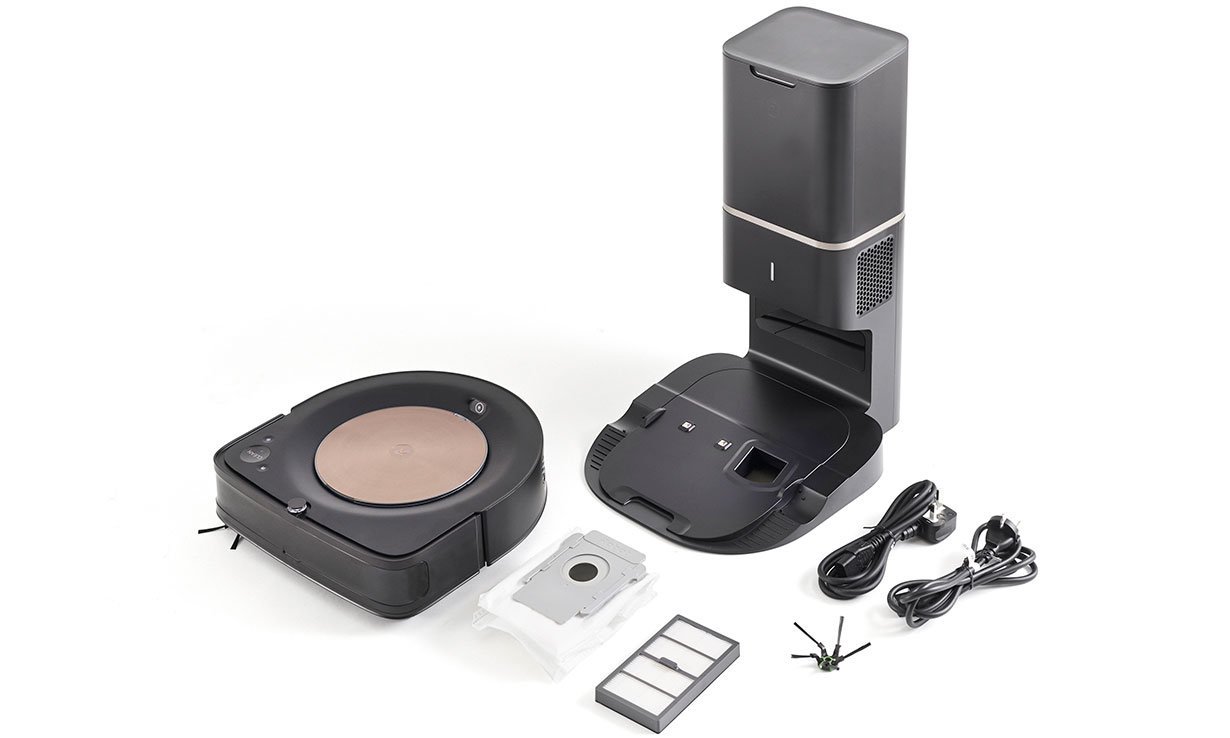 For starters, it looks great. The brushed metal disc on the lid is circled by a ring of white light that illuminates in different patterns to tell you the program stage and when it’s charging.

It comes with a self-emptying bin or as iRobot snappily name’s it: automatic dirt disposal. This is the big-ticket sell on this vacuum.

Robots tend to have the tiniest of all vacuum dust containers. They usually have around a 0.6-litre capacity, compared with around 0.8 litres for a cordless stick vacuum and 2.3 litres for a full-sized vac. This adds up to you having to empty the teeny tiny dustbin much more regularly, slightly negating the convenience of having a robot clean for you in the first place.

iRobot has deftly solved that problem by building a large dustbin into the charging dock, and designing the vacuum to empty itself automatically every time it plugs itself in to charge. This means less effort on your part, and less faffing around with loose dust.

The accompanying smartphone app, iRobot Home, offers a suite of impressive features. Not only can you control and customise the vacuum remotely, but its navigation system remembers the layout of your home and can remember up to 10 layouts at once.

This means you can order it to clean specific areas of your home, and it can also be voice-controlled using Alexa or Google Home, making floorcare as easy as: ‘Alexa, clean the living room.’

It also has ‘PerfectEdge’ technology, designed to ensure dirt lurking in awkward corners is picked up. This uses sensors to recognise walls and edges, and hugs them so that the specially angled side brush can get deeper into corners.

Filtration hasn’t always been a top priority for robot vacuums, but the s9+ puts paid to that, claiming its filtration system is designed to prevent tiny dust particles and allergens such as pollen and mould spores leaking back into your home.

That, combined with the minimal dust-emptying, could be enough to swing it for those sensitive to allergens.

The s9+ recognises when it hits carpets, and ups the suction for a more powerful clean. As this is traditionally a tougher job, that could be handy. It’s something we’ve seen start to creep in on cordless vacuums such as the Dyson V11 Absolute.

How does it compare to the older, cheaper iRobot Roomba 980? 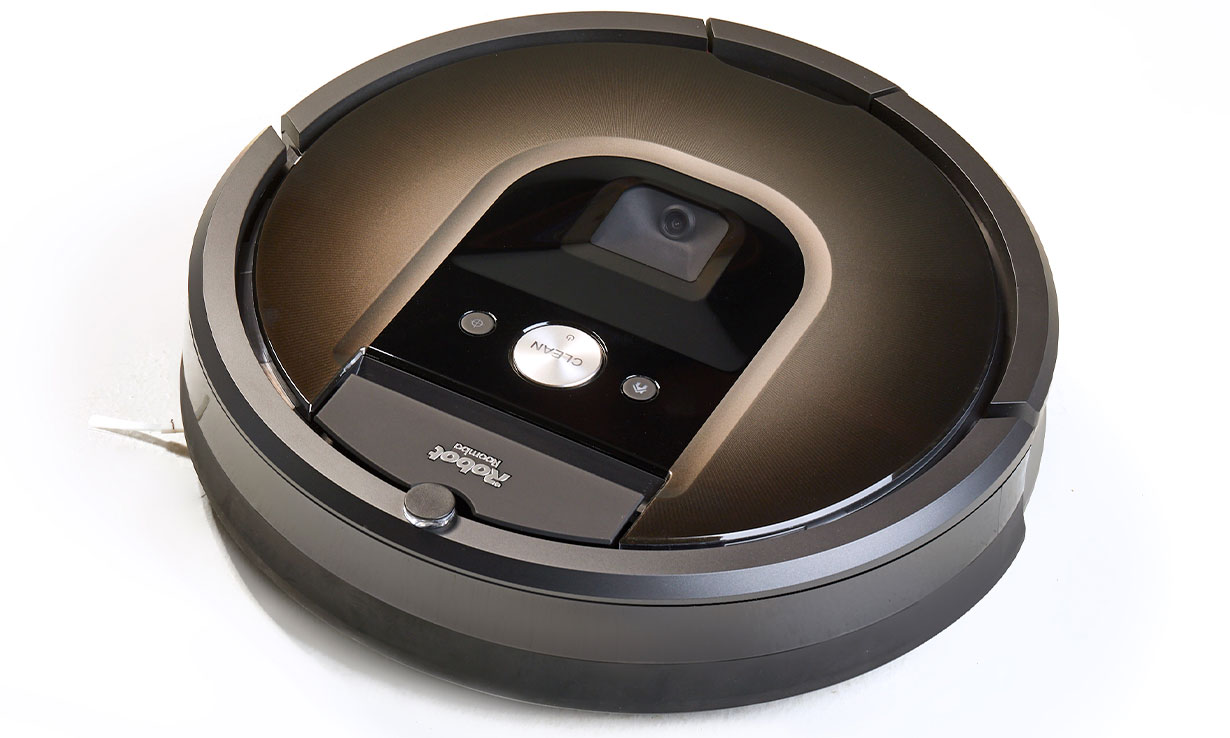 The older Roomba 980 was the breakthrough robot vacuum for iRobot. It rose to fame partly due to notable appearances in TV shows such as Breaking Bad, Parks & Recreation and Jonathan Creek.

We’re yet to spot the new s9+ on-screen, but iRobot could line it up for a self-cleaning cameo. Keep your eyes peeled.

The first major difference is the price. The older Roomba 980 can be picked up for around £450, less than a third of the price of the new s9+.

As you might expect, it’s also not as smart or as packed with features. You can still programme it to clean at certain times and use Alexa or Google Home to voice-operate it, but it doesn’t empty itself and the mapping system is more basic.

They’re also different sizes. The Roomba 980 is quite compact at only 10cm tall, enabling it to slip under furniture. The s9+ sits even lower to the ground at just 9.2cm high. It is twice as wide as the Roomba 980 at just over 30cm wide though, so tight gaps are more likely to be a struggle.

Read our full Roomba 980 review to see if its a better option for you than the Roomba s9+.

Should you buy the iRobot Roomba s9+? 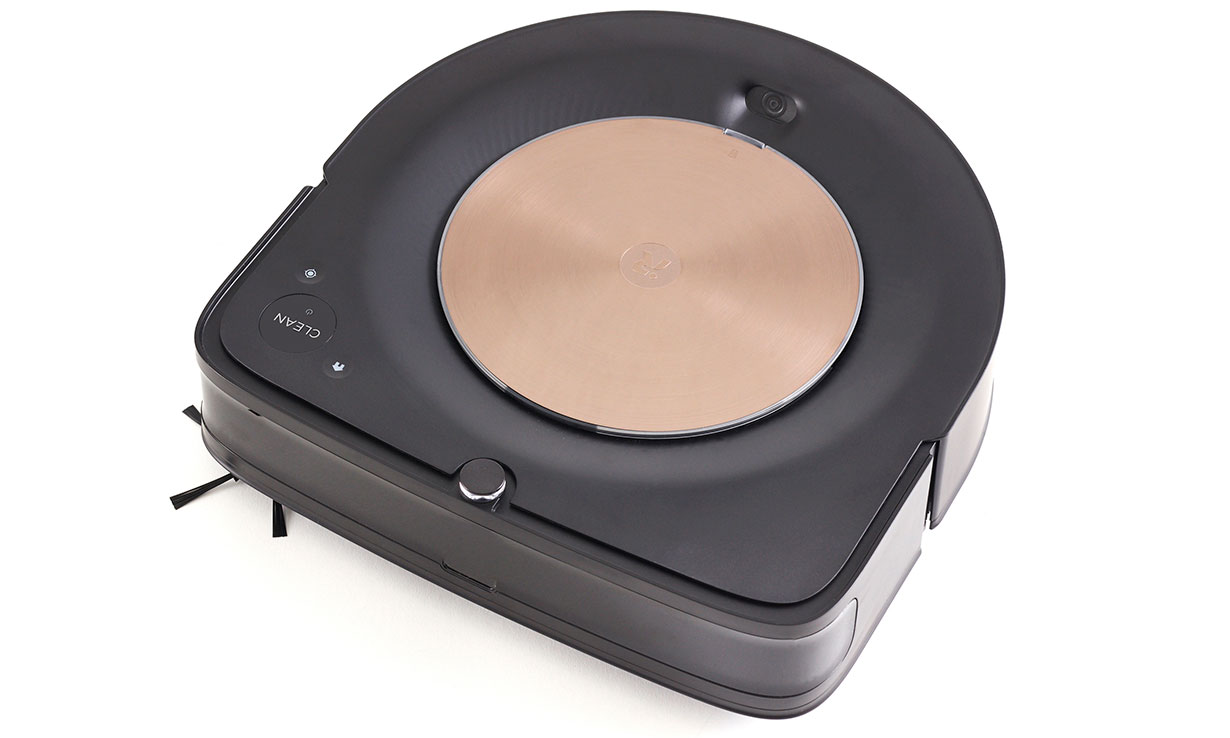 It costs a small fortune, but if it cleans your house effectively and effortlessly, this might be a price you’re willing to pay.

Below we’ve listed a couple of the pros and cons we found during testing. For our overall verdict on the Roomba s9+, including how it scored compared to rivals such as the Dyson 360 Eye, you’ll need to head to our full iRobot Roomba s9+ review.

See the full s9+ test results, including how it fared at cleaning carpets and hard floors of fine dust and larger debris, in our iRobot Roomba s9+ review.