The legacy of simple mobile phones has long been dominated by the big players, Doro and Nokia. But Emporia is taking aim at the UK market, with 4G simple phones that focus on being easy to use.

Gone are the days when simple mobile phones were just compact emergency phones with basic 2G connectivity. These swanky new models come with features like dedicated buttons to access WhatsApp, an IP rating for waterproofing, and 4G connectivity.

But they’re not cheap. These simple mobile phones come with a standard retail price of £90, far from the typical £20 handsets you may be used to seeing.

Emporia has launched four new devices, one of which is a hybrid simple phone and smartphone. We’ve taken a look at what each of them has to offer.

Want to buy a simple phone but not sure what to look for? Read our guide on how to buy the best simple mobile phone.

Austrian company Emporia has been around since the early 1990s but has only recently made its products available in the UK. Its main aim is to provide phones for older tech users who want to remain independent and adept at mobile technology as it continues to develop.

For that reason, the brand is heavily geared towards making products that are easy to use, by introducing features such as buttons to easily access apps and making simplified smartphones so that older-but-tech-savvy mobile phone users don’t feel left behind by the new and feature-heavy Samsung and Apple phones.

Emporia has come on strong with a number of models available in the UK but the four main products are the Emporia ACTIVE, ACTIVEglam, TOUCHsmart and SMART.3mini. We go spec-for-spec on this range of phones below. 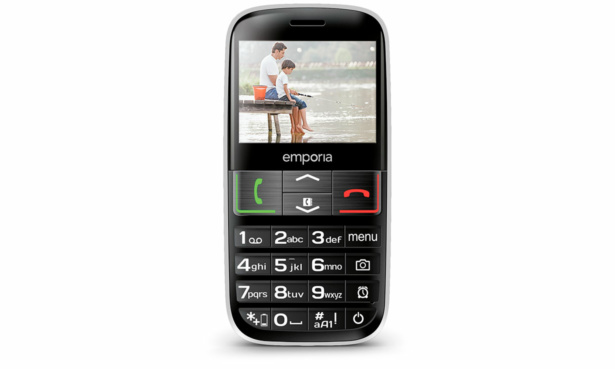 This candy bar model takes on the standard design of a simple mobile phone – compact with a keyboard and small 2.31-inch display. It runs on AndroidGo, a basic version of Android for entry-level phones and has a 2Mp camera on the back of the phone. Internally, it can hold up to 1,000 contacts, but it has no smart features outside basic apps like the radio and calendar. There’s also a ‘Call for Care’ button so you can notify relatives of an emergency if you’re in need of help, similar to the SOS button you’ll find on some Doro phones like the Doro 8040.

A useful function on this phone is its shortcut buttons. There are four buttons on the phone that take you straight to the menu screen, camera app, favourites menu and turn the phone off which is designed to make the phone easier to use. 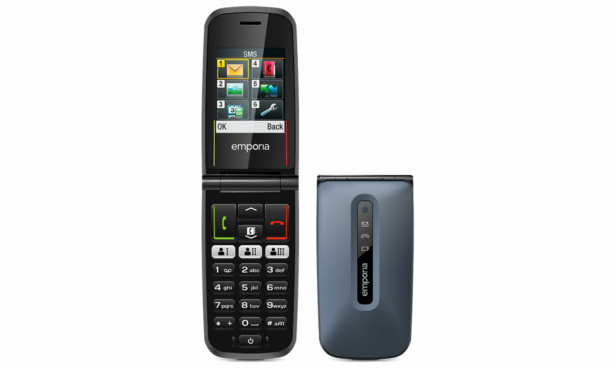 The ACTIVEglam is a slightly different iteration of the ACTIVE. The big difference between the two is that this model is a clamshell phone, otherwise known as a ‘flip phone’ so will work better for people who want a larger phone to hold.

Aside from that, its specs are almost exactly the same. It uses AndroidGo, has features like hearing-aid compatibility, a 2Mp camera and emergency call function. 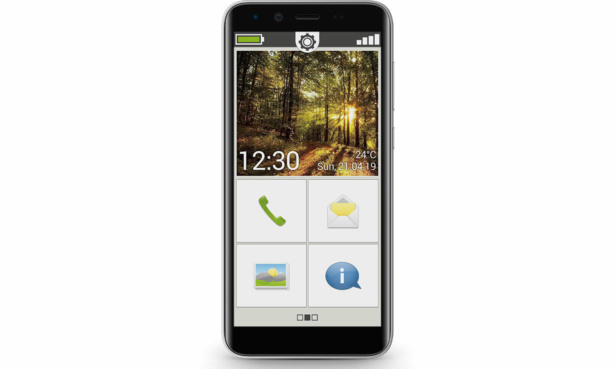 The SMART.3mini would best be described as a starter smartphone. This phone’s best talent is simplifying the experience you’d have on a smartphone by using a far less complicated user interface, namely with large icons and text that makes it easier to read what’s on screen without having to customise the phone yourself.

Its large 4.95-inch display is much bigger than any of the other Emporia phones and with an 8Mp rear camera and 2Mp front camera, its neck-and-neck in specification with smartphones like the Alcatel 1 that we’ve tested.

It uses Android 9.0, so it’s up to date with other smartphones on the market and has other nifty features like an IP54 waterproof rating, meaning that the phone can withstand splashes without being damaged. Not to worry, the most important simple phone features like hearing aid compatibility and the emergency call function are still there as well. 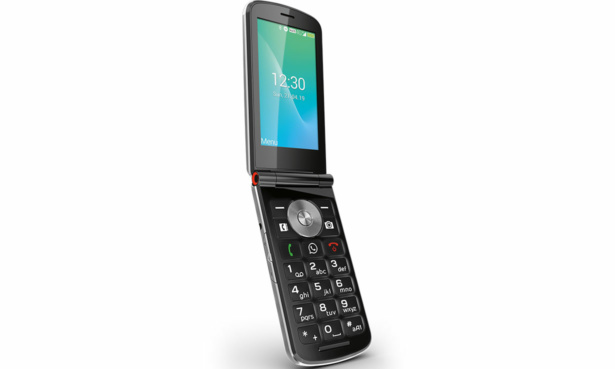 The TOUCHsmart is arguably the star of the show. This hybrid device takes on a clamshell design, with a touchscreen that you’d have on a regular smartphone and a keyboard that you only find on simple mobile phones.

If you’re unsure whether to transition into using a smartphone, the TOUCHsmart is a great way to dip your toe in the water. Its main display is 3.35-inches but it also has a 1.54-inch external display for you to see the time when the phone is shut.

Unlike most simple phones there are two cameras on this one, a 5Mp rear camera and 2Mp front camera. For features, you’ll get Bluetooth, GPS, wi-fi and smart functionalities including a dedicated WhatsApp button for you to easily access the messaging app.

We haven’t tested these Emporia simple phones yet but we have tested over 30 others which are available now. Head to our simple mobile phone reviews to see the ones we like best. 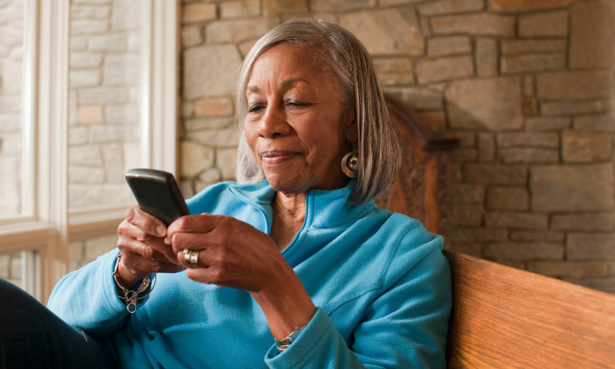 How we test for ease of use in mobile phones

An important feature of mobile phones for many people is being easy to use. The worst phones we’ve tested are completely unintuitive, making it a mission to do basic tasks. We rigorously test ease of use for both simple mobile phones and smartphones, but in different ways.

How we test for ease of use in smartphones

There are quite a few things to consider when testing ease of use on a smartphone.

For example, security features like facial recognition or a fingerprint scanner have become more commonly used to protect our data and our devices. We assess how fast and accurate these are, so you can be sure your phone is protected.

When it comes to general use, we test several features including how intuitive a phone’s operating system is when you’re navigating around the phone, particularly as most brands overlay systems like Android with a customised ‘skin’ for their phones.

Our guide on how we test smartphones gives you more information on our testing.

How we test for ease of use in simple mobile phones

What you look for in a simple phone is very different to a smartphone, particularly as simple phones are typically geared towards older phone users and those who need a cheap emergency handset.

Our trained ergonomic assessors test everything from how easy the phone is to set up to how well-spaced the keys are on the phone to make sure you’re not getting a phone with a cramped keyboard that’s hard to type on.

We even dig into the nitty-gritty, to gauge how useful the instruction manual is, and how well the applications on the phone work to see whether the phone is fiddly to use once it’s set up.

Find out more in our guide on how we test simple mobile phones.