Even with lockdown easing, millions are still working from home. Watching more TV, using computing equipment for work, and maybe even using an electric fan to keep you cool in the summer months can all contribute to your electricity usage increasing, and with it, your energy bills.

More than ever, it is essential to keep your costs down. One in four people surveyed by Which? said that their energy bills had increased during lockdown but two in three of these people have remained with their energy provider*.

Being on the right energy tariff for you can save you hundreds of pounds a year, so if you’ve seen your bill going up recently, now might be the time to consider switching.

This month, we examine the best deals on the market for both average and above-average energy users, to acknowledge rising energy usage among households spending more time at home.

*based on a survey of Which? Connect panel members conducted in July 2020. 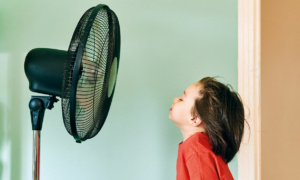 Our table shows the five cheapest energy deals on the market for a medium user, based on the amount a household could expect to pay for gas and electricity provision over the course of a year.

Prices and available tariffs vary by region so you could pay more or less depending on where you live and how much energy you use.

We’ve also calculated how much you’d save compared with the current price cap limiting how much suppliers can charge per kilowatt hour (kWh) for electricity and gas. This is set at £1,127 per year for a medium user.

Three of the five cheapest deals available this month are fixed for a year, so your energy costs will remain the same even if the market changes. However, one of these has an exit fee attached – so if you have a combined gas and energy tariff it will cost you £50 if you want to end your contract early.

Variable deals don’t have exit fees, but the price can change. However, the energy company has to give you 30 days notice, so you can always switch tariffs if you aren’t happy with your bill increasing.

Cheapest deals from Which? Recommended Providers

Below are the cheapest deals from each of our Which? Recommended Providers (WRPs) for energy. These companies performed well in our assessment of their procedures and practices, as well as being highly regarded by customers.

These deals are pricier than the cheapest on the market but make up for it with high-quality customer service – and you’ll still make a decent saving compared to the price cap.

This month’s best deal from a WRP comes from Pure Planet, followed by So Energy, whose cheapest tariff is about £20 more than Pure Planet’s.

Both of these tariffs have exit fees so you can expect to pay £10-£60 to leave the tariff if you find a better deal before your 12 month contract is up.

Octopus Energy’s cheapest tariff is a little more expensive but offers more freedom, with no exit fees. You can also be sure of great service from Octopus, which is our highest-rated WRP. 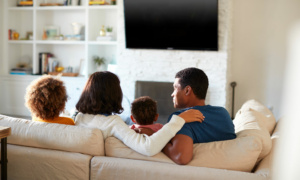 The cheapest deals for medium energy users are useful to many, but with people using more energy at home, some households may have ticked over into the high user category.

Below, we examine if the best deals are the same for high energy users, or if those concerned about their rising energy usage should be making different choices.

This means you’d save more than £440 a year by switching to any of the tariffs in our table, above.

Savings cannot be compared to the price cap as this is only published for medium energy users. But to give you an idea of how much you could save, as a high user, you’d pay within a pound or two of £1,550 a year on each of the Big Six energy companies’ standard variable tariffs.The best deals for high energy users are largely the same tariffs as those for medium energy users, with some small differences. 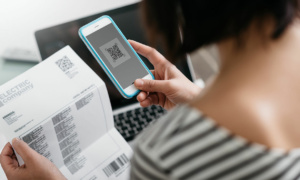 Outfox the Market is well-represented in both top five lists, with three tariffs from the company included in the best deals for high energy users and two for medium energy users.

Igloo and Green Network Energy are also included in both top five lists, although Igloo is better value for high energy users, placing second in this list, while being the fifth best deal for medium users.

Data is from Energylinx. Prices given are averages across regions, rounded to the nearest whole pound and correct on 13 July 2020.