Post-lockdown, have you had to return to driving a car that’s well past its use-by date? If now’s the time to upgrade your motor, avoid making a purchase you’ll later regret by taking note of these six key things.

Our lab and road tests have assessed almost 900 new and used cars currently available on the market. So you know that when you look at our car reviews, there’s no stone left unturned that could catch you out.

Looking for a low-emission car? While all the cars we’ve tested have passed official emissions tests, that’s far from the full story. For a start, it’s no guarantee they won’t belch out NOx or CO. Plus, our more realistic testing still uncovers cars that are CO2 pollutors.

Want a car that won’t develop irritating faults or leave you stranded? We surveyed 47,013 car owners*, so you’ll know which models you can rely on and those you can’t.

These aren’t things that you will find out from a car salesperson or a car manufacturer. So keep reading to find out what you need to know before you buy a new car.

Best cars for 2020 – whatever your budget, our expert lab and road tests reveal the very best models for your money 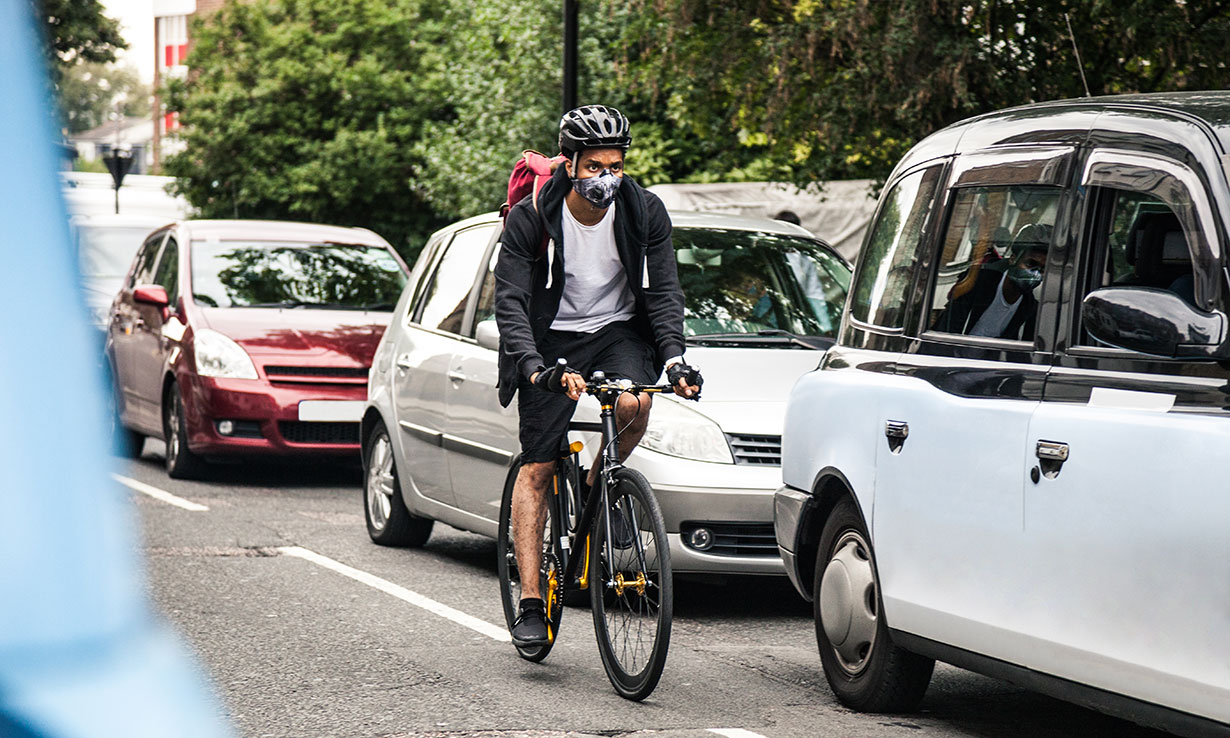 Years after ‘dieselgate’, emissions figures from manufacturers are still far from giving you all you need to make the best-informed choice for the planet. Manufacturers only give official CO2 figures, which feed into the amount of car tax you pay.

Our own tests are tougher than the official ones, so give you a more realistic idea about CO2 emissions. Plus, CO2 isn’t the only emission you need to be concerned about.

More worryingly, cars with low CO2 emissions are no guarantee they’re also low in these other gases. Our expert lab tests have exposed that some hybrid cars can actually be surprisingly high in these air pollutants. We reveal the emissions of each of these gases in our car reviews, and warn when any are unusually high.

You can also use our free low-emission cars tool to check how the car you’re interested in performed in our tests.

Of course, if you want your car’s tailpipe to be emissions-free, you can ditch the traditional combustion engine altogether by going electric. Alternatively, you could consider hydrogen cars, as these emit only water.

See our pick of the best electric cars. 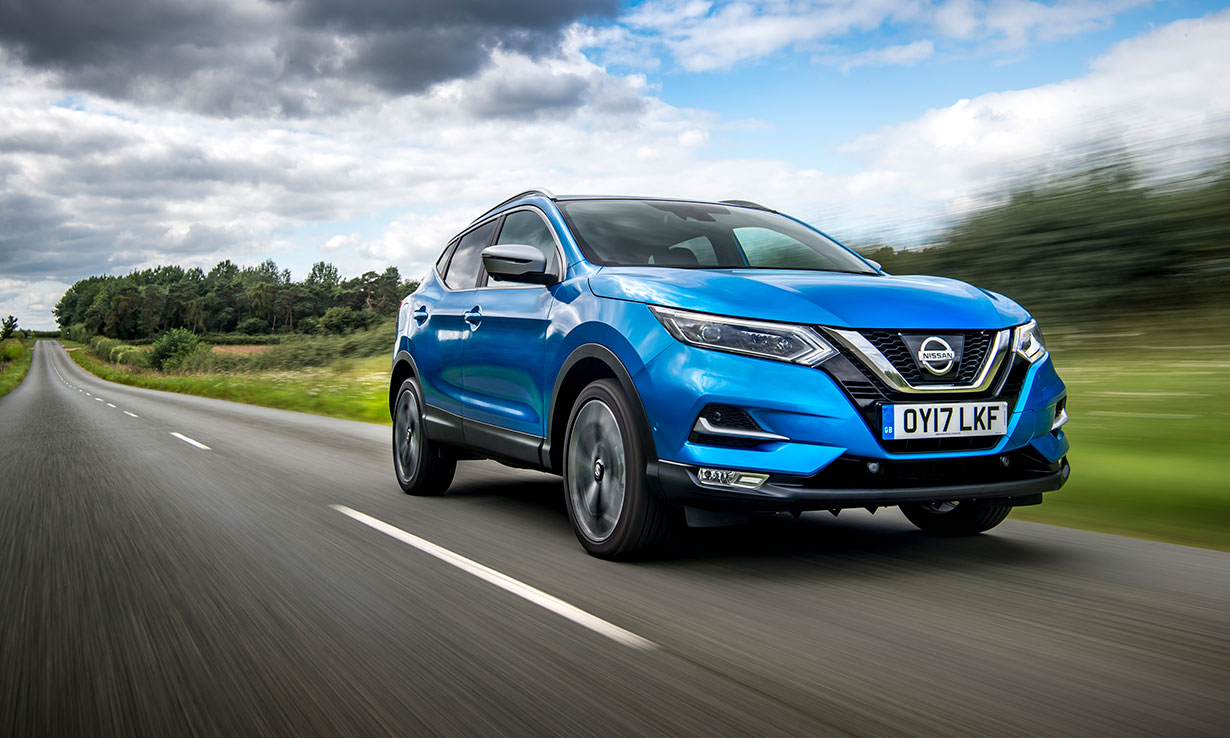 It’s no good spending your time haggling a great deal, only to be stung later as you find your ride guzzles up fuel. Our tests have revealed that the price difference between the most and least fuel-efficient medium-sized hatchback is more than £800 a year. That’s enough money for a holiday.

While manufacturer fuel economy claims for new cars have become more realistic since September 2017, with the launch of the stricter WLTP protocol, our independent tests clearly show the new claims are still some way off what you’ll actually get in practice driving on the road.

Make sure you don’t get an unexpected hole in your wallet. Our tests include a motorway test cycle to simulate driving on a motorway, making our fuel economy figures more representative of typical driving than carmakers’ own claims.

Our motorway test catches out a lot of cars that are efficient at lower speeds but burn through fuel, such as a sports car on the motorway.

We also conduct additional tests with the air conditioning on, lights on dipped beam and the radio working to reflect realistic driving.

For every petrol, diesel and hybrid car we test, we give you an overall mpg, plus break it down to what you can expect to achieve in town, out of town and on the motorway. We even tell you how much it will cost you per month and per year to fill up your tank. So you won’t get caught out by unexpected costs.

For fuel economy figures you can count on, check out our independent, expert car reviews. 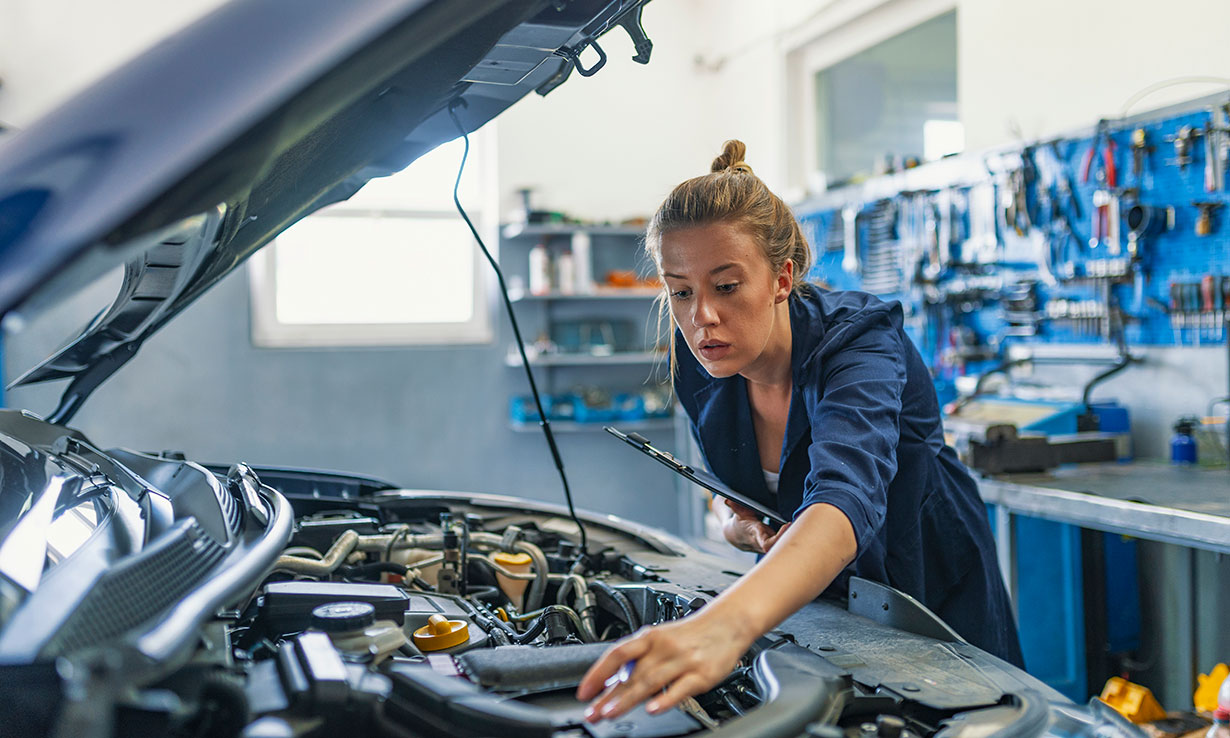 There’s nothing worse than getting a dream car, only to regret it as problems start developing. It’s hardly surprising that manufacturers don’t tell you when their cars are unreliable – but we do.

Every year, we run the Which? Car Survey where we ask tens of thousands of motorists about their cars, what issues they’ve had and if they’ve broken down. This means we have exclusive data no one else has about exactly how reliable each car on the market is, and we won’t recommend any car with poor reliability.

We’ve even found a very popular, best-selling SUV with a dodgy battery. By crunching the numbers, we discovered that over a fifth of owners of this particular model had to get their pride and joy fixed in the year prior to our survey, even though their car was less than three years old.

We’ve also uncovered rugged SUVs that seem to spend more time at the garage than on the road.

Interested in a forthcoming, brand-new model that we don’t yet have reliability data on? You can look at our brand reliability scores to discover the most reliable car brands. Our reliability data shows that a brand’s overall reliability is a relatively good indicator of how reliable their next cars will be.

Time and again, we can accurately predict that a manufacturer that churns out faulty car after faulty car isn’t suddenly going to turn that around. And you’d be surprised by how well-known and widely respected these brands are.

Avoid regretting your purchase – it’s easy to check how reliable a car is. Simply head to our most reliable cars reliability  tool. 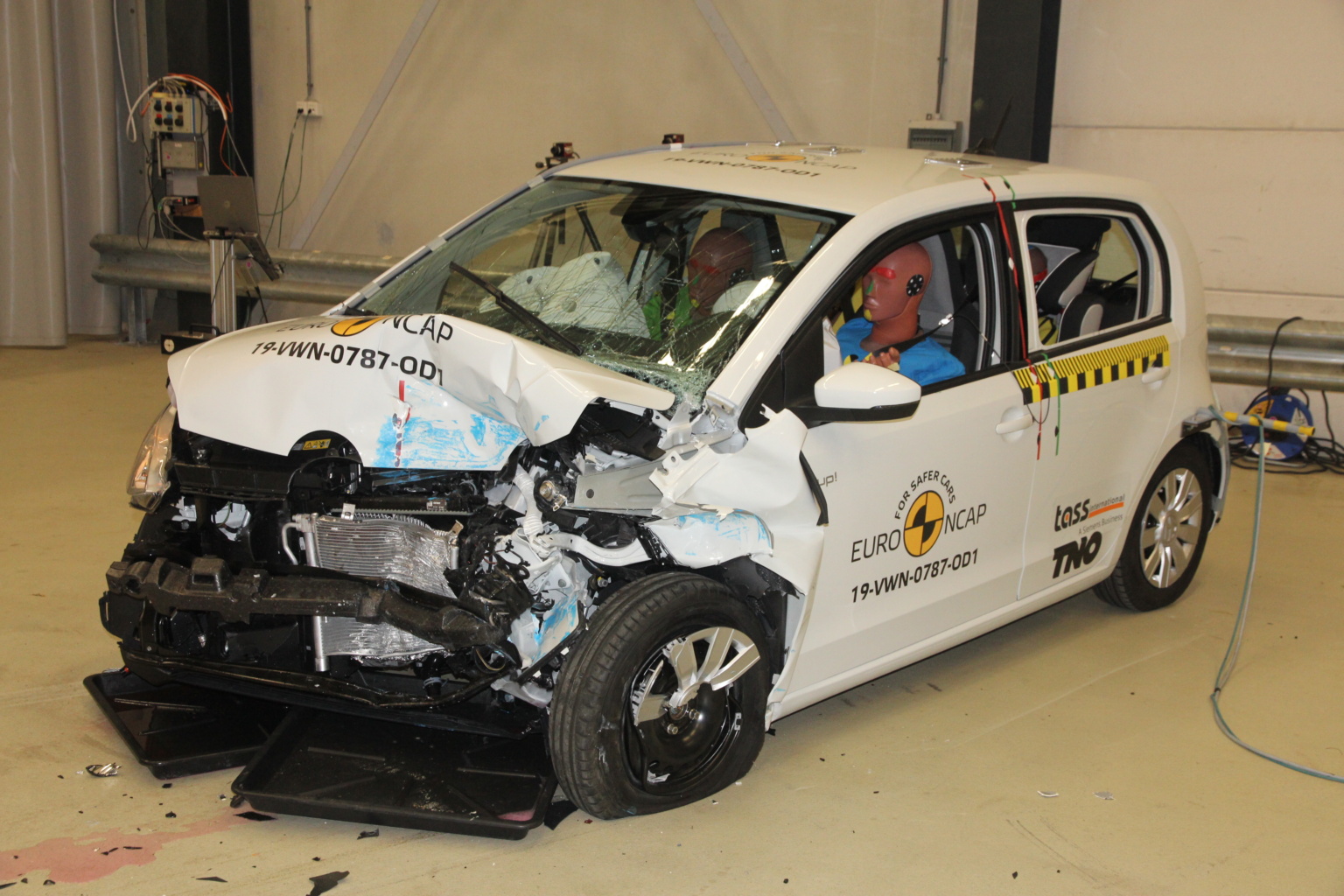 It may not be the most exciting part of a car purchase, but you should never compromise on safety.

Watch out for what safety equipment comes with your car as standard. Some cheaper cars are a false economy, lacking key safety features you’d expect in a modern car – such as autonomous emergency braking that can greatly improve your chances in a crash. So don’t get caught out.

Which? co-finances the Euro NCAP crash safety tests, and we make any car that only gets three stars out of five in these critical safety tests a Don’t Buy car.

On top of this, we also conduct extra hazard-avoidance tests that have caught out some popular cars.

For example, when we put an early version of the Nissan Micra through our avoidance test, which simulates an abrupt motorway lane change, the electronic stability control kicked in too late (Which? members can see the video in our Nissan Micra review).

This left a subsequent skid and rear-wheel hop down to the driver’s skill. Nissan has since improved the car’s stability control and we’ve seen this in our tests.

At the time, Nissan told us that the car was awarded the full five stars by Euro NCAP. It also said: ‘The dynamic performance of the Nissan Micra fulfills all legislative requirements and we have had no customer complaints or incidents related to this high-speed lane-change scenario.’

Find out more about the car safety features to look out for.

Even with the latest snazzy parking cameras and sensors, there’s no better substitute than simply being able to see clearly out of a car. And it often catches people out – you buy a car that seems perfect on a test drive, only to find out actually parking it on the street or at a supermarket is a pain.

This less-than-helpful development in design can often be a method to pass the latest safety crash tests.

We’ve found that pillars around the rear windscreen, in particular, are getting extremely fat on some cars (such as the Mercedes GLC Coupé, above).

But other cars have proven you can have both great safety and great visibility.

Our tests use a 360-degree camera from the driver’s perspective, so you can avoid models with poorly-obstructed views.

Find all the details in our expert car reviews. 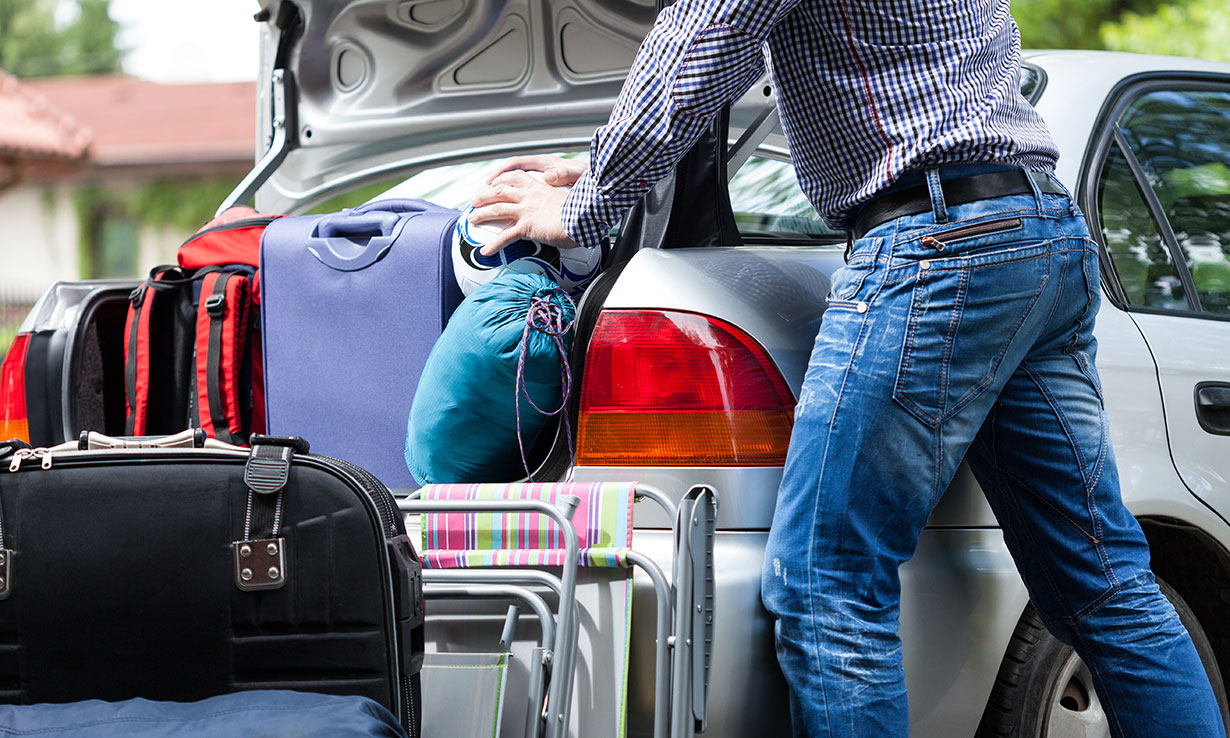 It’s well and good buying car manufacturers promising oodles of space for your luggage. But when the time comes to load up the holiday suitcases, it’s hardly a great start to a relaxing break if you find they don’t fit.

Manufacturers vary in in the way they measure boot space – they can include all the nooks and crannies you can’t realistically use. Whereas we use foam blocks to work out usable space, so you will know how much space is actually usable.

Big boot an absolute must? We reveal the best estate cars.