The government’s Eat Out to Help Out scheme is officially over, but some restaurants will continue providing half-price meals into September by covering the shortfall themselves.

The Eat Out to Help Out scheme was hugely popular, with Brits enjoying 64m discounted meals in its first three weeks alone.

While the Chancellor himself has ruled out an extension, some restaurants are offering the same discounts throughout September by funding it themselves.

Here, Which? explains more about Eat Out to Help Out and reveals some of the big-name restaurants that will still offer half-price meals in September.

What was Eat Out to Help Out?

Announced as part of a Summer Statement to help revive the flagging economy, the Eat Out to Help Out scheme was a hit with restaurants and diners alike.

Here’s a reminder of how it works:

How Eat Out to Help Out works

When eating in at a café, restaurant or pub, you can:

The official scheme saw more than 85,000 eateries sign up, with the government footing the bill for the 50% discount in each case.

There was no minimum spend required to get the discount and no limit on the number of times you could use it each day.

In theory, you could have combined Eat Out to Help Out with other discounts a restaurant offers – nothing in the scheme’s rules said you couldn’t do this. However, we spoke to some establishments that said they wouldn’t allow it to be used on top of their normal promotions.

Where can you get the Eat Out to Help Out discount in September?

Despite ending on 31 August, many restaurants will be giving diners the same deals throughout September. Discounts will be funded by the restaurants themselves, not by the Treasury.

Here are some of the restaurants continuing the scheme, or running similar discounts:

As well as these national chains, local restaurants and pubs will also be extending the scheme, including Pizza Pilgrims in Victoria, and Hall & Woodhouse pubs throughout southern England. 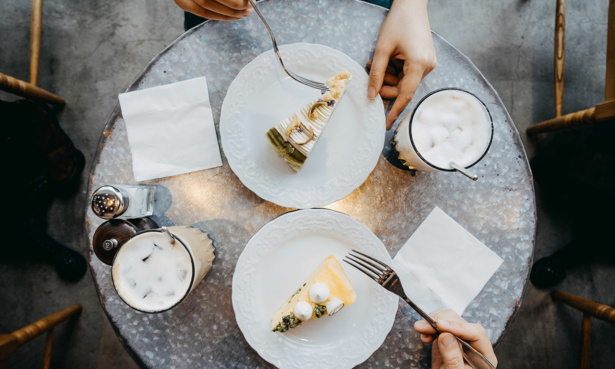 How much could you have saved?

A £10 per person upper limit was baked into the scheme and there was no limit on how many times you could have used it per day.

If you ate breakfast, lunch and dinner out every Monday, Tuesday and Wednesday in August, you would have saved a maximum of £390 during the month. At a more realistic (but still ambitious) one meal out on each of the 13 eligible days, you would save a maximum of £130.

However, even though the government is urging the public to go out and spend money, it remains the case that having fewer social contacts will make you less likely to catch COVID-19, which is still present in the UK.

Pubs and restaurants can only open if they are deemed ‘COVID-19-secure’, but some have already been forced to close after patrons have become infected.

When we asked our Twitter followers in July if they were planning to use Eat Out to Help Out, only one in five said they would.

Question: will you be taking advantage of the Eat Out to Help Out scheme?

Two weeks into the scheme, however, almost half of those we asked had used it:

Did you take advantage of the Eat Out to Help Out discount in August?

If you want to keep the discounts coming now that Eat Out to Help Out is over, try these options:

You can qualify for Meerkat Meals by buying a product through Compare the Market. It grants you two-for-one discounts on Sunday to Thursday for an entire year at participating restaurants.

Like Eat Out to Help Out, the discount is only available when dining in.

Tastecard has capitalised on the launch of the Eat Out to Help Out scheme, running adverts that compare its own discounts with the Treasury’s.

It’s available seven days a week for eating in and takeaway, offering 50% off or two-for-one dining at participating restaurants, without an upper discount limit.

However, it does come with a 30-day free trial, so you could create an account and cancel it soon after to get free discounts throughout your first month.

Also priced at £34.99 a year (but with no monthly option), Gourmet Society offers up to 50% off at participating restaurants, seven days a week. Cinema discounts are also included.

This story was originally published on 22 July and has been updated since to reflect the latest news and announcements.