‘What the world doesn’t seem like it needs right now is another $1,000 phone.’ So said Rick Osterloh, Google’s senior vice-president of devices and services as he introduced a pared-down range of new devices in a pared-down launch event.

The coronavirus pandemic has made itself felt on tech industry launches, from the size of the events to the devices themselves, and Google’s half-hour presentation, introducing just three new devices plus a remix of a fourth, was very much part of that shift.

Browse all the best mobile phones – top picks for Android and iOS.

Google’s latest phone, the Pixel 5, is just one example. Instead of a flagship with several variants, there’s only one model, with the midrange Snapdragon 765G processor, 8GB of RAM and 128GB of storage and a choice of two colours: black, and a minty green called ‘Sorta Sage’.

While the Pixel 5 gains a wide-angle lens, there’s no dedicated zoom lens, and it’s lost other bells and whistles: there’s no facial recognition on the Pixel 5, and a physical fingerprint sensor reappears on the back of the phone. It’s also lost the miniature radar chip that enabled motion sense on last year’s Pixel 4 and Pixel 4 XL. 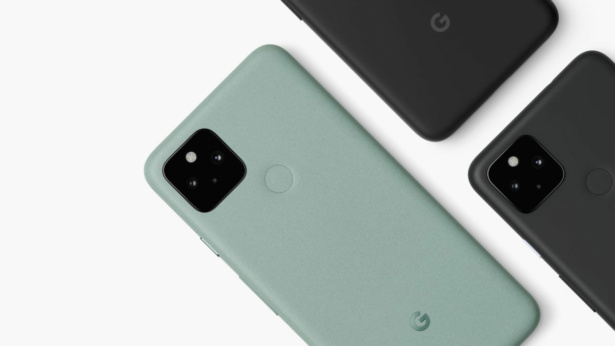 Other than 5G, not much has been added to the Pixel 5, making it an iteration rather than a great leap forward. It will ship with Android 11, and will feature Google’s latest tweaks to its highly praised photography algorithms, while those buying it from the Google Play store will also get three months  of the enhanced Google One paid-for cloud storage service, a three-month free trial of YouTube Premium plus 150 Play Points – credits to spend in the Play Store.

Pixel 5 is priced at £599 and available to pre-order on the Google Play store, and as such is firmly in the mid range rather in the premium space, meaning it’s taking on phones such as the OnePlus 8 (£549) and Apple’s new iPhone SE (from £419) rather than Samsung’s glitzy flagships that push over the £1,500 mark.

See what Google’s looking to improve upon with our full Google Pixel 4 review.

Also announced was the Pixel 4a 5G, a slight tweak on the Pixel 4a, which launched in late summer. 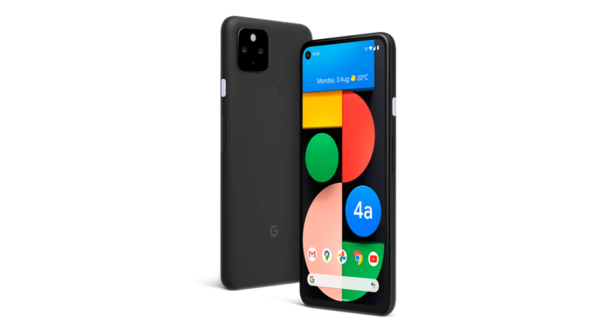 It’s slightly bigger than both the Pixel 5 and the 4a, and gets a slightly bigger battery than the 4a, bumping up to 3885mAh from the 3140mAh unit. As with the Pixel 5, the 4a 5G has a 12.2MP rear camera and an 8MP front camera, and it also gains the ultrawide lens of its premium sibling, but none of these devices has a dedicated zoom.

The Google Pixel 4a 5G retains the polycarbonate body of its 4a sibling, and comes in one colour: black, and costs £499.

Also joining the Google hardware line-up was the new Nest Audio speaker, which continued the pared-down vibe. This 175mm-tall £89.99 speaker looks better and sounds better than the original Google Home audio-only speaker, and comes in two colours, a pale grey and a darker charcoal grey.

Nest Audio offers all the features you’d expect of a Google Home device: you can shout at it to turn your smart home lights on and off, raise and lower the temperature via your smart thermostat, set timers, answer questions and suchlike. It can be linked with other Nest Audio speakers to create stereo pairs and discrete groups to play music in separate rooms.

As with other Google smart home devices, it can also recognise different family members’ voices and deliver tailored reminders for them, and in these more privacy-conscious days, you can also turn off the microphone via a physical switch on the back if you want the smart audio features without Google listening out for your every word.

If you’re not convinced by Nest Audio, or simply want some other wireless speakers to compare it with, check in with our expert wireless, smart and Bluetooth speaker reviews.

New Chromecast – turn your TV into a photo frame (£60)

The only new device to gain more functions and features is the new Chromecast, which shifts from being a device that can mirror your phone, tablet or laptop to your TV via its HDMI port to a fully fledged smart stick with a separate remote that’s clearly aimed at taking on Amazon’s all-conquering Fire Stick and the less well-known Roku Streaming Stick.

This is driven by Android TV, which until now has only been seen on some smart television sets and Google’s own now-defunct Nexus Player. That means you can install apps and services such as the BBC iPlayer and Netflix as well as stream from your devices. 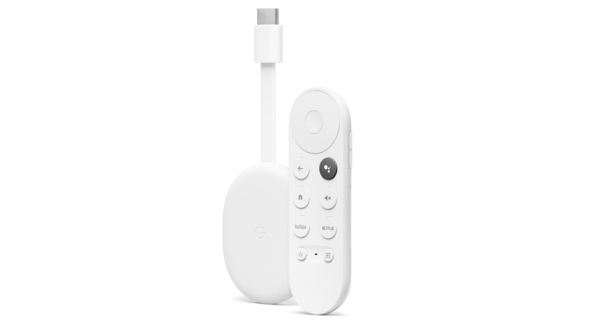 The new Chromecast can also turn your TV into a giant digital photo frame, displaying your pictures from Google Photos, and show you feeds from any Nest cameras you have in your home. This comes in three colours: white, a peachy-pink and a light blue, and costs £59.99, which makes it more expensive than both of Amazon’s Fire Sticks, and also more expensive than the three Roku sticks.

This stripped-back launch of devices with fewer bells and whistles is very much a response to the challenges of the pandemic, both for the manufacturers and for consumers, but Google has pledged that features such as the motion gestures will come back to future devices.

We’ll be sending the new Google Chromecast off to the Which? test lab as soon as we can. While we wait for a final review score, browse our selection of Which? Best Buy TV streamers.