Some of the most important recent advancements in car safety come from active safety technology systems, such as automatic cruise control and lane-keep assist. But are all systems equally capable of keeping you protected? New tests from safety organisation Euro NCAP, alongside Thatcham Research, have revealed not only the models with systems that keep you the safest, but also which are likely to lull you into a false sense of security.

Cars are safer than they’ve ever been, with occupants shielded as best as possible from the huge forces involved in a collision. So recent years have seen a shift in focus to active safety technologies, designed to assist the driver and intervene to mitigate or even prevent a collision altogether:

These systems are typically sold together as part of a driver assistance package. However, they are all individually developed and marketed under different names by their respective manufacturers, and behave differently on the road. And how well they perform remains something of an unknown, up until now.

That’s why Euro NCAP has launched a new grading system for advanced driver-assistance systems, to both provide clarity to new-car buyers and dispel the ‘self-driving’ preconceptions surrounding the technology.

The results make for surprising reading, as more than one premium carmaker – touting the latest in active driver-assistance tech – comes up short; bested by a mainstream model with more intuitive and engaging assistance systems.

Read on below to discover which cars performed best in the first round of Euro NCAP’s latest graded assessment, and to find out which active driver-assistance systems are really worth your money.

Only the safest cars that also perform well in our tough, independent lab and road tests are awarded a Which? Best Buy recommendation. Find out which models you should be considering – see our expert pick of the best cars. 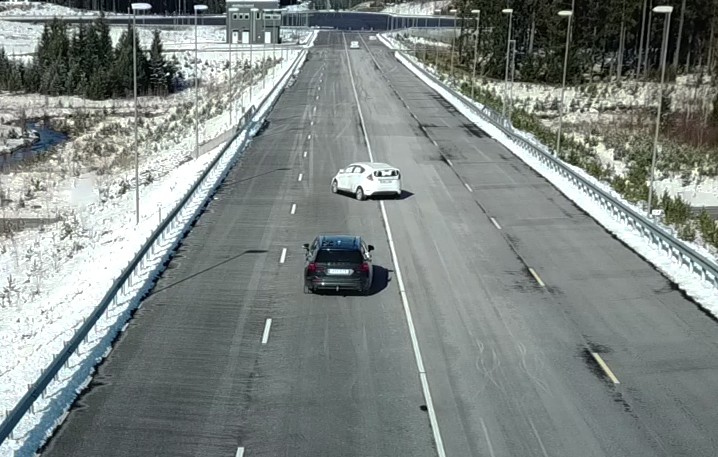 Driver-assistance systems from ten manufacturers were assessed under the following criteria:

A score out of 100 is awarded in each category. The overall grading is determined by combining the safety back-up score (the most important aspect) with the lower of the vehicle assistance and driver engagement scores, as the car must strike a good balance between the two.

The requirement for a car’s assistance systems to not only perform competently, but also keep the driver engaged in the task of driving, has seen one advanced car receive a surprising ‘Moderate’ result. This was the Tesla Model 3 – keep reading to find out why.

Given that many of these systems are only offered as optional extras, the scores from this latest assessment won’t yet go on to form part of a car’s overall Euro NCAP safety rating.

The most advanced new cars 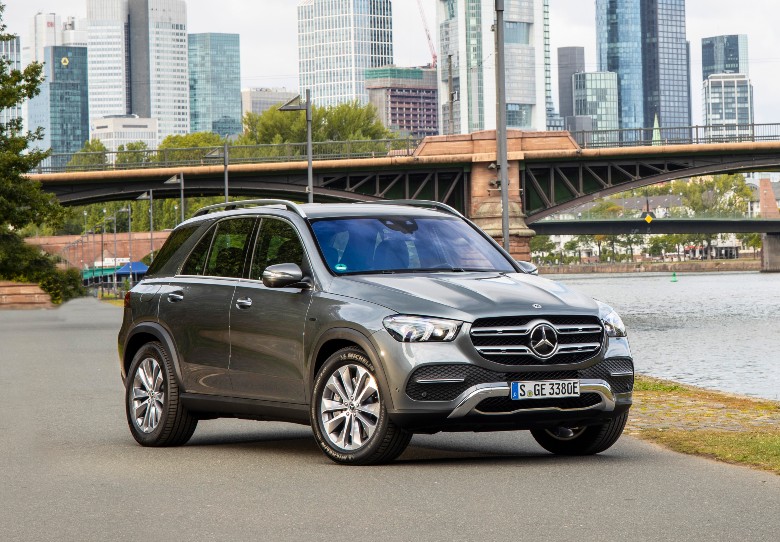 The three cars awarded a ‘Very good’ rating in this first batch of results are all premium models from upmarket German brands – which isn’t entirely unexpected.

This rating means they have the most state-of-the-art cruise control and lane keeping technologies, which can perform in a variety of scenarios, including slowing for hazards such as bends or junctions.

The Mercedes GLE luxury SUV topped the table. Not only were the examiners impressed with the excellent assistance provided, but how clearly the information was presented to the driver. This left them in no doubt they were responsible for the vehicle’s control, not the computer.

The system also brought the car to a safe halt if it found the driver to be unresponsive – a preferable response to some systems, which simply disengage all assistance.

Furthermore, the system’s name accurately conveys what it’s capable of, which is to assist the driver: ‘Active Distance Assist Distronic with Active Steering Assist’ . The user handbook, too, leaves the driver in no doubt that it’s designed to only assist and has strict limits to how it can operate.

Other tested models awarded a ‘Very Good’ rating were the BMW 3 Series large saloon and the Audi Q8 luxury SUV.

Whether you’re shopping for a luxury car or not, make sure it’s a model that won’t let you down. Our expert research reveals the most reliable cars. (Spoiler – we’ve actually found luxury cars are the least reliable.)

Bottom of the table results explained

At the other end of the table were the Peugeot 2008 compact SUV and Renault Clio hatchback. These two affordable cars come without the complicated array of sensors that can perform the most advanced operations, such as preventing the driver from undertaking or adapting the driving speed for corners or roundabouts.

These models also performed less well overall in critical hazard avoidance scenarios – approaching a stationary car or a car cutting in too closely, for example. 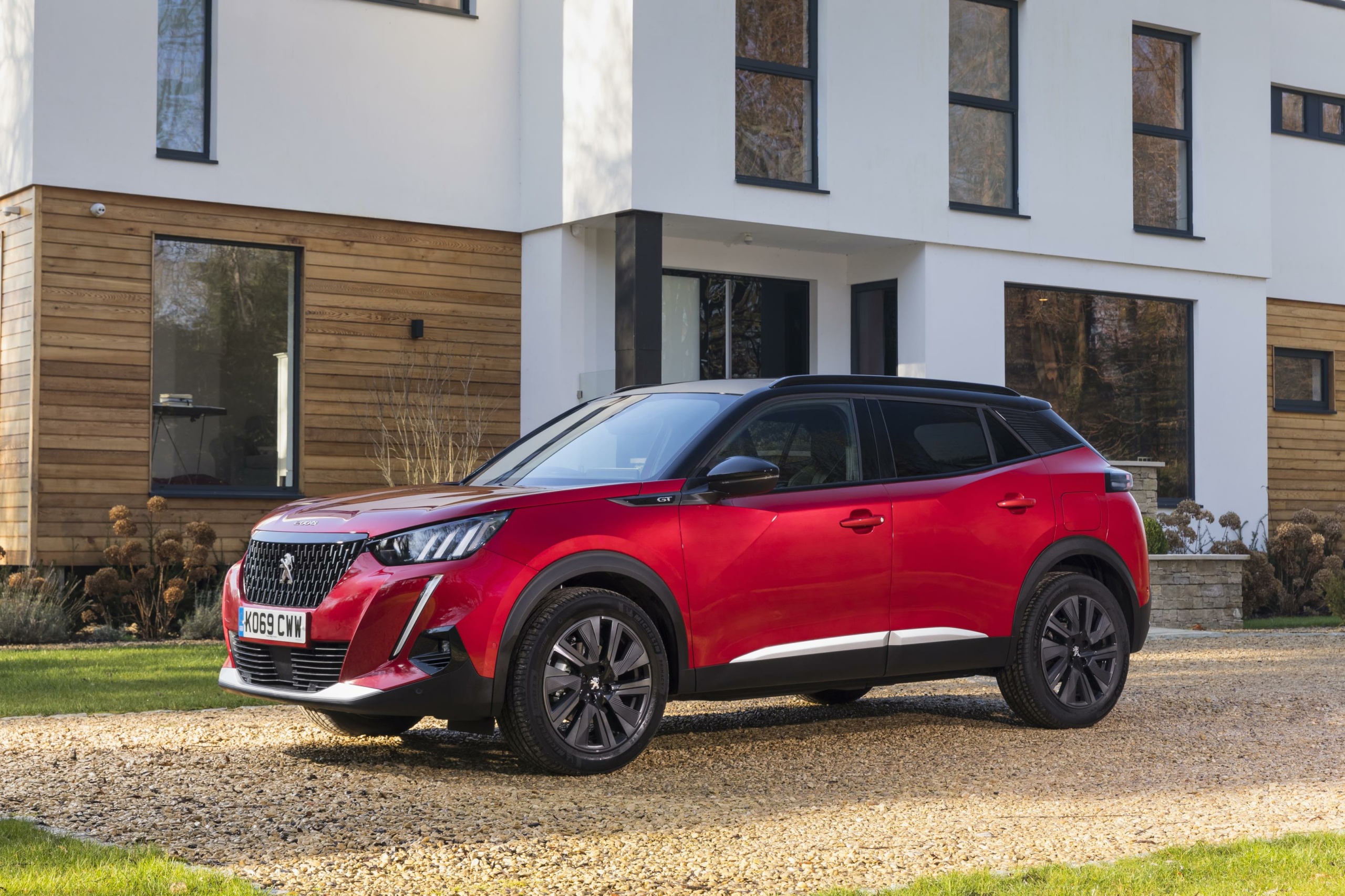 While the overall system performance couldn’t match the level of the models at the top of the table, both the Peugeot and Renault were praised for offering essential driver assistance functionality, which isn’t always available in cars of this price.

Their systems were further commended for not lulling the driver into a false sense of security, either through their operation or through their marketing.

Disappointing results for Volvo and Tesla

Given Volvo’s dogged obsession with passenger safety, it’s concerning to see its ‘Pilot Assist’ system, as tested on the V60 premium estate, languishing mid-table with a ‘Moderate’ rating.

Despite decent driver engagement and realistic portrayal of the system’s capabilities, the Volvo relies on steering wheel inputs to determine the driver’s attentiveness, and doesn’t feature a separate camera as more advanced systems do.

The system also deactivates entirely if the driver doesn’t respond.

Furthermore, in some more critical safety scenarios, the V60’s Pilot Assist failed to respond to a stationary car, and subsequent  AEB interventions were found to provide limited additional support. 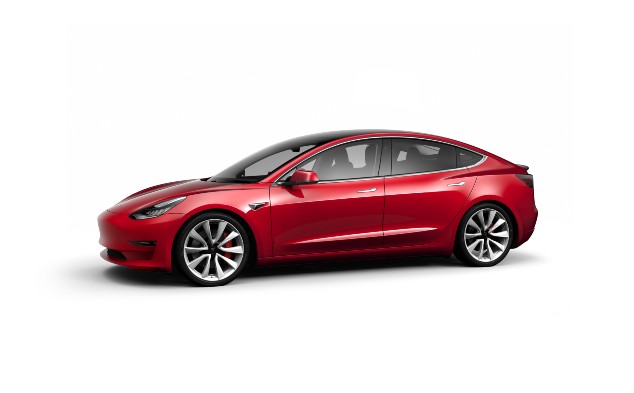 The Tesla Model 3 was marked down for entirely different reasons. Its safety backup systems, the responsiveness of the AEB, and unresponsive driver intervention are very good indeed. But it provides little in the way of keeping the driver engaged while the driver-assistance system is in use, which can lead to overreliance.

Euro NCAP were also rather nonplussed with the system’s ‘Autopilot’ brand name, and marketing of the technology as having ‘full self-driving capability’, which conveys a level of automation way beyond what is capable or even currently allowed on the road.

This is not the first time Tesla’s driver-assistance systems have come in for criticism from Euro NCAP. A previous automated driving test in 2018 concluded that the system’s resistance to sudden driver inputs (to avoid a pothole, for example) is more likely to cause drivers to over-rely on it, rather than fully focusing on steering the car themselves.

You needn’t worry that you’ll be relegated to an unsafe car if your budget won’t stretch to the latest driver aids. If there’s one piece of active safety kit you should ensure your next car has fitted, it’s Autonomous Emergency Braking (AEB).

Using sensors fitted to the front of the car, AEB is able to automatically slam on the brakes (at varying speeds, depending on model) should the system detect an impending collision. It has proved its worth as a safety device – so much so that crash authority Euro NCAP recently included it in its car safety assessment.

It’s now very difficult for a car to gain a good crash safety rating without AEB installed, such is its effectiveness in reducing accidents. Your insurance premiums may also drop, too, in comparison to an equivalent model not equipped with AEB.

Find out more about the technical, moral and legal implications of autonomous cars – see driverless cars: what are autonomous vehicle?