Growing up, pigs in blankets were always one of my favourite things about Christmas. Luckily for myself, and their many adoring fans, they’re one Christmas treat we don’t have to forgo this year.

On top of that, thanks to the advent of the Christmas crisp, for the past few years we’ve been able to enjoy them in a crunchy potato format too.

But how much do this year’s pigs in blankets Christmas crisps taste like the real thing? We put eight grab-bags of them to the test in a blind tasting, including packs from Tesco, ASDA and Aldi, to find out which our researchers preferred.

See also: pigs in blankets (pork and vegan) we’ve tasted for Christmas 2020 and which we liked the best.

Which pigs in blankets crisps did we like best?

First thing to note is that neither of our tasters thought any of the crisps we tested tasted that much like real pigs in blankets. Some were like herby sausages with a hint of sweetness, while others were more reminiscent of smokey bacon crisps. Some had elements of both.

However, that’s not to say we didn’t enjoy them. According to one taster, the Tesco’s crisps were most authentic to the traditional festive flavour of a real pig in blanket, but it was the Co-op crisps which were far and away the most preferred by both our tasters. Interestingly the least enjoyed crisps, from Lidl, were also the only vegan option (though neither of the tasters was aware of this at the time). 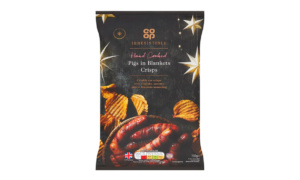 The Co-op Pigs in Blankets crisps proved themselves to be truly irresistible and easily outdid the competition to be chosen as the favourite by both our tasters.

These ridged crisps had the best crunch and rich golden colour that darkened along the edges. The ridges were deep and covered in specks of flavouring.

One of our tasters called them: ‘Very porky and very sweet,’ saying, ‘I feel like I can really taste the bacon, sausage and the herbs.’

Another described them as: ‘Like maple covered sausages and bacon.’

Both our testers said they’d buy and serve these crisps this Christmas. In fact, they proved so popular, both tasters argued over who could eat the rest of the bag. 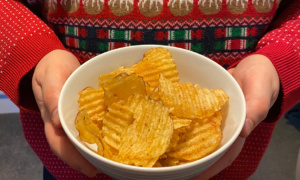 How the rest we tested fared

Listed alphabetically, here’s how the rest we tested got on: 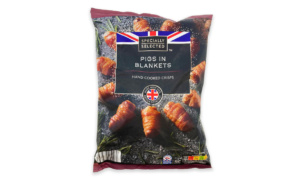 One of our tasters judged these very plain, while another thought them sweet, ‘almost like ketchup’. Both agreed they didn’t have much smell, and one said they just smelled of salty crisps.

But our testers loved the texture of these. ‘They’re thick, chunky and crunchy,’ one said. 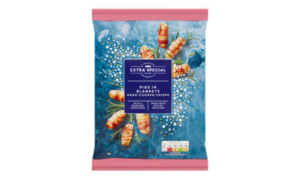 These Asda crisps split our tasters on aroma and texture. One thought they had ‘a great crunch. Melted in the mouth. Exactly what I want from a premium crisp and they smelled porky and smokey.’ The other disagreed on crunch and said all they picked up was the scent of thyme.

Both agreed on flavour though; the taste of a delicious, smokey bacon-flavoured crisp. 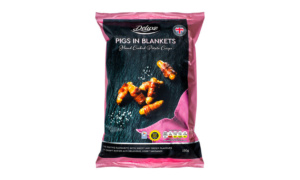 The only vegan option in the line-up. Our first taster thought they start nice, sweet and herby, but got a weird, almost burnt after taste, which lingered. The other judged them as tasting just like a standard smokey bacon crisp: ‘Fine, but nothing special.’ 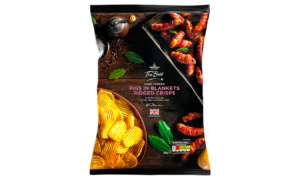 These ridged slices of potato appeared small, pale and not particularly tantalising. Appearances aside, they had a perfect crunch according to both tasters, but one got the smell of herby sausages, while the other only got subtle traces of smokey bacon.

On taste they were described as, ‘Sweet and very porky. I can taste the bacon too and these are closest to the real thing.’ But despite detecting a hint of smokiness, our second tester judged them not far away from a plain salted crisp. 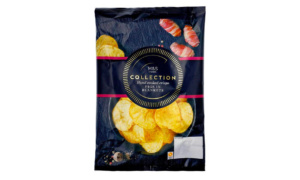 These had a  good thickness and a nice dark colour, which made them seem premium.

They also scored well on aroma and taste. One taster said: ‘The strongest and most distinct scent. I liked the richness.’ The other taster could taste herbs, with a top note of smokey bacon,  ‘that pleasantly lingers’.

But they fell down on texture and were described as: ‘A bit soft and flakey.’ 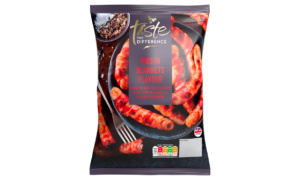 We didn’t really taste the difference with these crisps, as they were just average according to our tasters. One described them as having a, ‘clear scent of pork and herbs, rich but not too overpowering.’ While the other thought they smelled like earthy potato.

The flavour our testers got was subtle smokiness with a touch of oil. 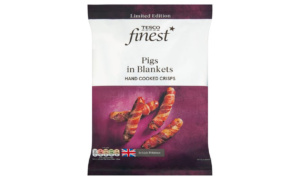 These were the second favourite for both tasters thanks to their deep smokiness, which seemed more sophisticated than standard smokey bacon flavour.

They smelled of a mix of smoked bacon and sausages with an undertone of herbs.

But what let them down was their texture, described as: ‘Not crunchy enough.’