They have been commonplace in our kitchens for almost 50 years, yet many of us continue to believe debunked claims and horrifying scare stories about microwaves.

Despite being used by millions of Brits every day, unfounded rumours about microwaves causing cancer, cataracts and radioactivity still persist.

To help you separate fact from fiction, our experts have pored over some of the most egregious claims and duff microwaving advice.

Read on to find out which myths you should stop believing.

Looking for a new model? We’ve handpicked our top five best microwaves for 2021

Myth one: microwaving kills the nutrients in food 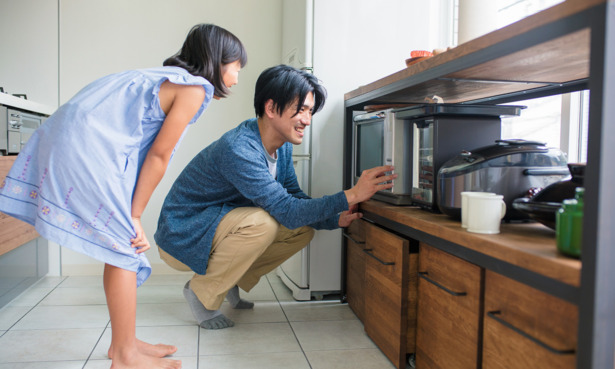 At some point, we’ve all been told that microwaved food is less nutritious than food cooked in the oven or on the hob.

According to this rumour, microwaves zap the nutrients in fruit and vegetables, leaving you with less tasty, less healthy meals.

There’s even some science to back this up; a 2003 study by Spanish researchers found that broccoli loses 97% of flavonoids (the nutrient-rich compounds that give it its vibrant colour) if it’s cooked in the microwave, compared with 66% on the stove.

In fact, the opposite is true: microwaving is more likely to preserve nutrients than most conventional cooking methods.

As long as you don’t overcook your veg – as was the case in the Spanish study – microwaving helps retain more vitamins and minerals than boiling vegetables in a pan, according to Harvard Medical School scientists.

This is because microwaving is quicker and uses less water than other methods, which helps prevent nutrients escaping. So microwaved food is as nutritious, if not more, than food cooked in more traditional ways. 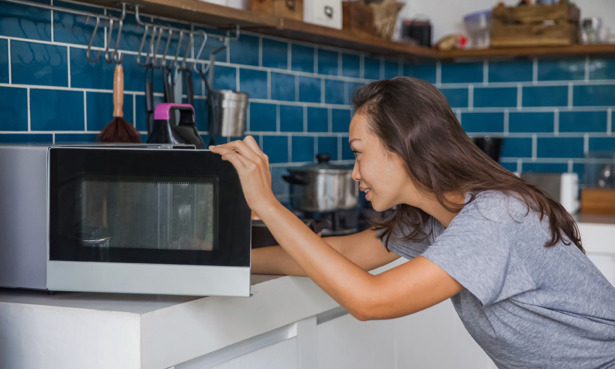 Even after four decades of safe use in British kitchens, some people would still have you believe that owning a microwave is akin to installing a nuclear reactor in your home.

Untroubled by a lack of evidence to support their claims, conspiracists argue that the appliances shoot radioactive waves around your home and turn food toxic.

The scare stories have even led to the development of ‘radiation-proof’ maternity wear, which is designed to shield pregnant women and their unborn children from microwave radiation.

The idea that microwave ovens are a radioactive hazard appears to be based more on doomsday TV dramas than any actual scientific evidence.

As the World Health Organization makes clear: ‘When used according to manufacturers’ instructions, microwave ovens are safe and convenient for heating and cooking a variety of foods.

It is possible for small amounts of microwave energy to leak if the appliance is faulty or damaged, but the amount of radiation released is unlikely to be harmful, let alone fatal.

Just to be safe, however, you should always contact a qualified professional if you do suspect your microwave oven is leaking and stop using it in the meantime.

Microwaves can do more than just reheat and defrost food. See our guide to getting the most out of yours

The fear that microwaves cause cancer is not new; claims about them being carcinogenic have lingered since the first domestic model was sold in the UK in 1974.

Today, one in five of us still believe that microwaves cause cancer, even though 95% of British households own one, according to a 2018 study published in the European Journal of Cancer.

In the same study, more than half of respondents failed to identify some genuine causes of cancer, such as consuming excessive amounts of alcohol and eating processed meat.

Like the previous myth, this idea is based on totally false claims about microwave radiation.

As Cancer Research UK health information officer, Zara Schneider, told us: ‘Evidence shows there is no link between using a microwave oven and an increased risk of cancer.

‘When it comes to cancer risk, what’s more important is what you put in the microwave – so check the labels on your food and aim for lower levels of sugar, fat and salt.’

Myth four: you shouldn’t use a microwave if you have a pacemaker 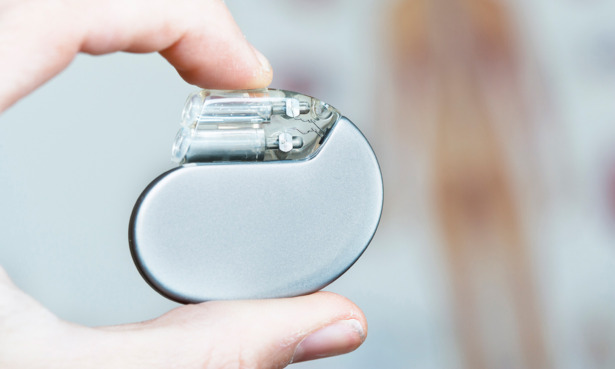 If you or a loved one has been fitted with a pacemaker, you may have heard that it’s dangerous to own a microwave oven.

According to this claim, simply having a microwave oven in your home is enough to disrupt the settings on a pacemaker, which could cause it to stop working entirely.

The rumour is similar to legitimate warnings about the potential of other cooking appliances, such as induction hobs, to interfere with pacemakers. But is there any truth to this one?

As with most rumours, the idea that you shouldn’t use a microwave oven if you’ve been fitted with a pacemaker is based on a small amount of truth and a great deal of exaggeration.

While it’s possible for electromagnetic interference to alter settings on pacemakers, there’s no need to ditch your microwave because of it.

According to the NHS and the British Heart Foundation, staying 15cm away from a microwave oven while it’s on is enough to protect your pacemaker from any electromagnetic interference.

And even if you do get too close, simply moving away from the microwave should mean that your pacemaker settings return to normal.

However, this advice doesn’t apply to all electrical appliances; some should be avoided. The written instructions that came with your pacemaker will tell you which ones to avoid.

The best microwave ovens give you hot, tasty food every time. Check out our Best Buys to know which models are worth considering

According to this rumour, staring directly into a microwave while it’s on exposes your eyes to leaked radiation, which could eventually cause cataracts.

It’s a frightening claim as, if left untreated, cataracts can lead to blindness.

Although concerning, this claim is contradicted by eye-care experts and what we know about how microwaves work.

The idea that they cause cataracts is based on the premise that radiation escapes from microwaves and attacks our eyes.

But, as we’ve already established, the chance of radiation leaking from one is low – and your level of exposure greatly diminishes the further you are from it.

As ophthalmologist, Professor Chris Hammond, told us: ‘There is no evidence that any eye damage has been caused by microwave ovens in decades of use.

‘Microwave ovens are sealed so no radiation can escape and the windows have mesh in them to prevent microwaves leaking through the window. The ovens cannot be turned on with the door open.

‘So, the conclusion is that as long as your microwave hasn’t been tampered with, it’s entirely safe to watch your food revolving.’

Myth six: wheat bags, toys and heat packs are safe to use in the microwave. 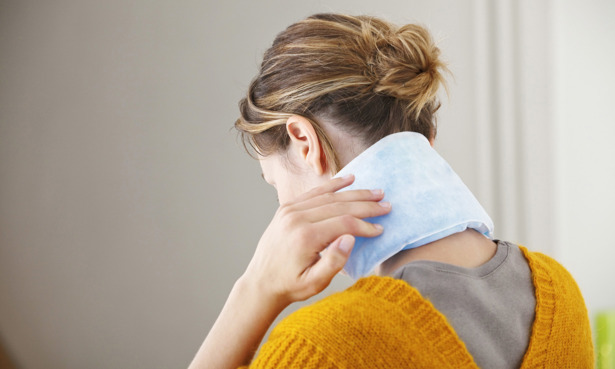 ‘Microwavable’ wheat bags, toys and heat packs may seem like a good idea if you want to warm up with something cuddly, or treat muscular aches and pains.

Manufacturers claim that the hotties, which are typically filled with buckwheat or millet, are safer than hot water bottles as there’s no risk of scalding, and that they stay warmer for longer.

However, various fire brigades have warned against heating wheat bags in the microwave, after a series of house fires were attributed to the products.

When we first investigated this issue in 2019, we found that Argos, Daeweoo, DeLonghi, Morphy Richards, Panasonic and Russell Hobbs all warn against warming bags in their microwaves.

At the time, Russell Hobbs told us: ‘We wouldn’t suggest the use of wheat bags, we’ve had something similar before where this caused a failure in the microwave.

‘If a customer uses wheat bags, we believe that the warranty will be voided – this is also stated in some of our instructions.’

We also found that manufacturers are under no legal obligation to conform to any safety standards, even though poorly designed wheat bags are known to pose a fire risk.

As a result, we’d urge you to think twice before microwaving one – doing so could invalidate your microwave’s warranty, and cause unnecessary risk to you and your home.

See also: buying a hottie or a wheat bag for a loved one? Here’s what you need to know

Myth seven: all BPA-free plastics are OK to use in the microwave

Evidence that heating plastics containing Bisphenol-A (BPA) – a chemical used to make clear, hard plastic – can cause hormone-disrupting chemicals to leach into food has caused many of us to stop microwaving BPA plastics.

But does this mean that all BPA-free plastics are safe to use in the microwave?

Even if a plastic doesn’t contain BPA, it could still be unsuitable for microwave use.

This could be because it isn’t designed to withstand high temperatures, or because it contains phthalates (another type of hormone-disrupting chemical which, like BPA, can be transferred to food during the cooking process).

‘From a scientific standpoint, there is no such thing as a “safe” level of contamination,’ says Dr Ravinder Anand-Ivell, an associate professor of endocrinology and reproductive physiology at the University of Nottingham.

Dr Anand-Ivell also warns that the risk of chemical leaching may increase each time a container is heated, which could spell trouble if you like to reuse takeaway containers.

With this in mind, it’s a good idea to stick to containers that are both BPA and phthalate-free, and clearly marked as safe for microwave use.

For those wishing to err on the side of caution, the Food Packaging Forum recommends against microwaving any type of plastic.

How Which? tests microwaves 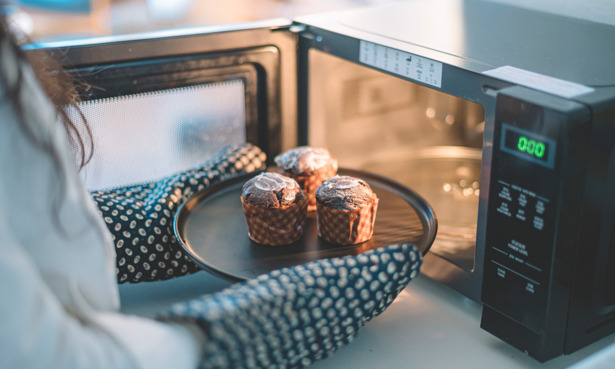 Each year, we put dozens of microwaves through our rigorous lab tests, so we know which models are worth recommending, and which are Don’t Buys to avoid.

Our reviews are completely independent – we don’t accept freebies from product manufacturers or retailers – and based on decades of experience, so you can trust them.

Take a look at our latest reviews or head straight to our top microwaves for 2021.

Morrisons relaunches ‘More’ loyalty scheme: how does it compare with Nectar and Clubcard?