Big and small retailers with stores around the UK including Aldi, John Lewis and Lloyds Pharmacy have made a public commitment to accept cash as a method of payment by signing up to the Which? Cash Friendly pledge.

The pandemic has had a dramatic impact on the Uk’s already fragile cash system. The closures of bank branches and free-to-use ATMs have continued at pace, while worries about the safety of handling notes and coins (since debunked by the Bank of England ) have led some businesses to refuse to take cash.

With life getting back to normal, we want to ensure that shoppers that need to use cash are able to. So we’ve launched the Which? Cash Friendly pledge – a public commitment retailers can take to signal to customers that they welcome cash payments.

Here, we set out the retailers that have signed up, how to get your local shops involved and how we plan to lobby the government to take action to protect cash.

Which retailers have joined the pledge?

Aldi, Asda, Co-op, John Lewis, Lloyds Pharmacy and Waitrose are among those who have all made the public commitment to keep accepting cash in their stores.

Together, the supermarkets are responsible for almost 4,500 stores in the UK, and have a combined grocery market share of more than 30%.

Lloyds Pharmacy has committed to continue to accept cash across its 1,400 stores, and John Lewis has agreed to do the same in all 42 of its UK shops.

Alison Owens, owner of the shop told Which?: ‘As a small local business we think it’s important not to exclude anyone, and we would never refuse anyone trying to pay with cash.

‘A lot of our elderly customers rely on cash and people are often telling me that other stores will now only take card payments. We are a small farm shop that has served the local community for 10 years and will continue to accept cash for people buying our goods.’

How can you tell if a shop is cash-friendly?

You can see the full list of retailers currently signed up to the pledge here, but we expect that list to grow over the coming weeks and months.

Our initiative has also been backed by leading retail associations that represent tens of thousands of UK stores across the country. This includes The British Retail Consortium, Association of Convenience Stores, and the British Independent Retailers Association, which are all encouraging their members to sign up.

The Federation of Small Businesses is also promoting the scheme to members that are keen to help customers pay in cash.

Retailers that have signed up to the pledge will display Cash Friendly logos like the one below around their stores and on their websites. 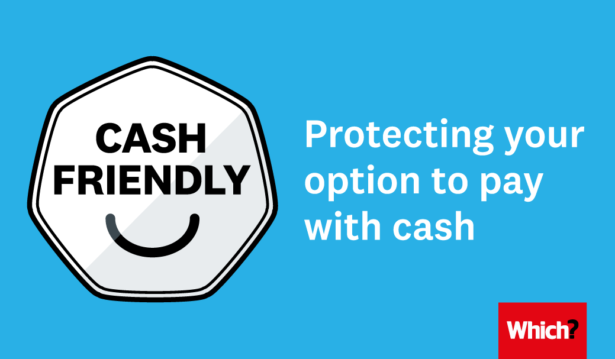 So if you see these posters and signs you can feel confident that your cash won’t be rejected at the till.

How can my local shop get involved?

Which? is inviting all retailers big and small to sign-up to the pledge, to help the millions that still rely on cash.

By signing up retailers will be making a public commitment to show customers it accepts cash payments.

Retailers can sign up to the Which? Cash Friendly pledge using this form.

Why is protecting cash acceptance so important?

Our research shows 2.5 million people depend on cash for every transaction, while 10 million people say they are unready, or unable, to give it up. This includes  Stephen Pointer and Brenda Skan.

Stephen Pointer: ‘having to leave a shop because I can’t pay can be quite distressing’ 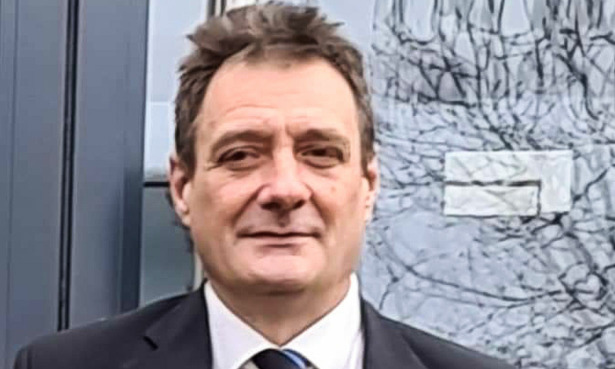 Stephen Pointer, who lives in Northampton,  has a severe visual impairment that means he finds it almost impossible to pay by card when shopping and described the process of inserting a card and typing in a Pin as ‘very difficult’.

He has experienced cash refusal several times in the last year. Stephen told Which?: ‘Having to leave a shop because I can’t pay with cash can be quite distressing, because I’ve got a legitimate form of payment but it’s just not accepted, and I have to leave the shop empty-handed.’

He added: ‘A shop displaying a sign saying that it is cash friendly would give me confidence that I could go in and buy what I needed without any hassle.’

Brenda Skan: ‘I am on a fixed income and I have found it impossible to keep within my budget’

Brenda, who lives in the West Midlands, uses cash to budget as it helps her keep track of how much is needed for bills and to pay off debts each month. She withdraws cash each week to pay for necessities.

Brenda told Which?: ‘During the pandemic a lot of shops have wanted payment by card. I am on a fixed income and I have found it almost impossible to keep within my budget. I’m pleased that there is now something in place that tells me which shops will make it easy to pay with cash.’

Find out more about why protecting cash is so important, and more on our pledge in the video below.

What is being done to help protect the cash system?

The government has taken some steps to protect access to cash, such as introducing a ‘cashback without purchase’ scheme. However,  there are no guarantees shops will sign up and no oversight checking if the scheme will be helping the worst-affected consumers.

We’ve also reported on the Community Access to Cash pilots taking place in nine communities across the UK. These schemes are trialing innovative ideas to address access issues, such as pop-up Post Offices.

But we want the government to deliver on a promise to legislate to protect cash access.

The launch of the Cash Friendly pledge coincides with the Which? Cash Summit; an event bringing together representatives from HM Treasury, the banking sector, and leading industry experts, to explore the challenges and solutions for protecting cash for the millions that still rely on it.

The summit takes place more than a year on from the Budget when Chancellor Rishi Sunak made the promise to help cash-dependant consumers.

At today’s event, we’re calling on the government to set out when legislation to protect cash will be introduced and when we will get clarity about its long-term plan to ensure that the millions still reliant on cash will continue to be able to use it.