Like most major events in 2021, Mobile World Congress looked a little different this year. Big brands like Nokia and Samsung may have only been able to present their shiny new smartphones virtually, but that hasn’t stopped us from rounding up our pick of this year’s MWC launches.

These are the products we think are worth keeping an eye on when they hit the shelves.

From cheap new Android tablets to an outdoor hub that brings better 5G signal to rural areas, read on for our round-up of the most intriguing bits of tech to come out of MWC 2021.

Need a new phone now? Go to the best smartphones to pick from the cream of the crop of our recently tested models.

Details are thin on the ground so far, but we do know that the 2021 edition will be running the latest Android 11 OS and have a compact 5-inch screen. This is a far cry from the 6-inch plus models we usually see in our test lab.

Most excitingly, though, it’s due to retail for around £50, making it significantly cheaper than the average smartphone we test. Look out for it on the shelves this August.

Cheap phones don’t always do well in our tests, but there are some noticeable exceptions. For the models we recommend, head to our round-up of the best cheap mobile phones.

2. A 5G hub to boost the signal in your home 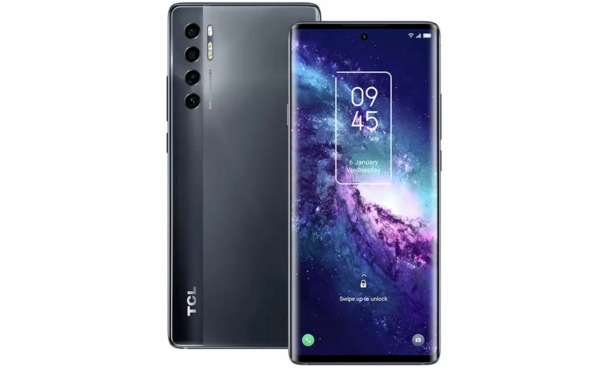 5G was a hot topic at MWC 2021. Qualcomm announced ‘collective support’ from more than 30 companies for mmWave, the higher-speed variant of 5G.

As part of its ‘5G for All’ initiative, TCL also introduced a 5G outdoor hub, designed to boost your home signal if you live in a rural area further from base stations. You can mount the weather-resistant unit on a pole or a wall, put in a 5G Sim card, then enjoy faster download speeds. The brand is due to launch a high-speed indoor router later this year, too.

TCL also announced some extra functionality for its 5G flagship phone, the TCL 20 Pro 5G. The multi-screen collaboration feature will allow you to connect the phone to your PC to interact with it on your monitor.

Find out which 5G phones are worth your money – see our 5G phone reviews.

Qualcomm processors power some of the highest-spec phones we test, so a new version could give a hint of what to expect from smartphones coming in late 2021.

The new Snapdragon 888+ processor will be an update to the Snapdragon 888 found in premium phones such as the Oppo Find X3 Pro 5G.

It features an improved modem, which should make for even quicker scrolling. Plus, it has a new AI engine, designed to make a phone more capable of multitasking, run apps more efficiently and even boost battery life.

Look out for it in the Honor Magic 3, as well as phones from Motorola and Xiaomi, as these brands have already indicated their interest in the new chip. 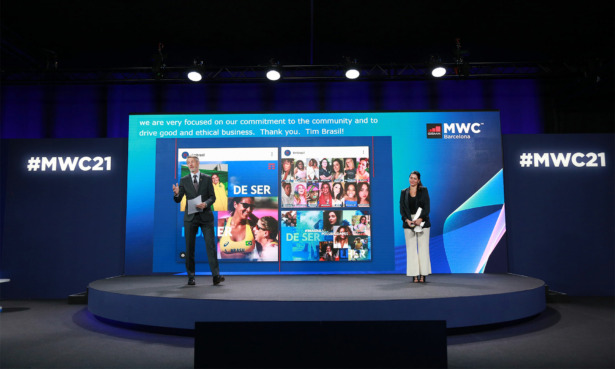 Mobile World Congress 2021 saw a somewhat subdued showing from Samsung, with the brand holding back most launches for its own Galaxy events later in the year.

However, we did get a glimpse of the One UI Watch, the new interface developed in partnership with Google for the next edition of the Galaxy Watch.

Samsung hopes this new skin will lead to apps loading more smoothly and up to 30% faster, sensor readings for health and fitness being more accurate and the battery draining less quickly when your watch measures your heartrate.

You’ll also have access to Wear OS apps through the Google Play Store. This includes Google Pay to use your watch as a contactless card, Google Maps to help you navigate on longer runs and Google Keep, a note-taking app handy for quickly checking a shopping list in the supermarket.

You’ll have to wait for the Galaxy Watch 4 to launch later this summer to try out these new features.

In the meantime, check all our Samsung Galaxy smartwatch reviews to see if it’s a brand worth considering.

Lenovo was one of the busiest brands at MWC 2021, announcing five new tablets.

The Lenovo Yoga Tab 13 is the brand’s biggest tablet for a long while, giving the Apple iPad Pro a run for its money. It comes with a built-in kick-stand, ideal for working on your commute.

The Yoga Tab 11 has been designed with video in mind, with its 2K display, Dolby Atmos sound and Entertainment Space, where all your TV and gaming subscriptions can sit in one place.

Three cheaper Android tablets complete the line-up: the Tab M7, Tab M8 and Tab P11 Plus, with prices ranging from around £80 to £300.