Shoppers looking for a new Chromebook should check its expiry date before buying, as new Which? research has found that up to a quarter of stock in some major retailers will stop receiving important security updates within three years of purchase. 20% of the 20 best-selling Chromebooks on Amazon had already stopped receiving security updates.

Given the average laptop lasts more than eight years, according to our own research into laptop brands, buying a Chromebook with a short shelf-life will mean that it will stop receiving security updates before anything else goes wrong with it.

Security updates are important for keeping all internet-connected devices protected from the ever-changing landscape of threats, including malware. We don’t recommend using a Chromebook once it has stopped receiving updates.

All Chromebook expiry dates are publicly available on Google’s Chromebook support website*, but none of the retailers provide this information on their product pages.

Use our free tool to see when a Chromebook will stop receiving updates, plus see our expert pick of the best models – go to the best Chromebooks

What we found when we looked at Chromebooks

All of our Chromebook reviews include an expiry date for security updates, and those with less than three years remaining will include a warning in the review itself.

Amazon: refurbished but not secure

One troubling example is this Samsung laptop on Amazon, which is listed under the ‘Renewed’ programme for devices that have been professionally refurbished and are fit for sale. They also come with a one-year guarantee.

On the Amazon site, it even says: ‘This product works and looks like new’. 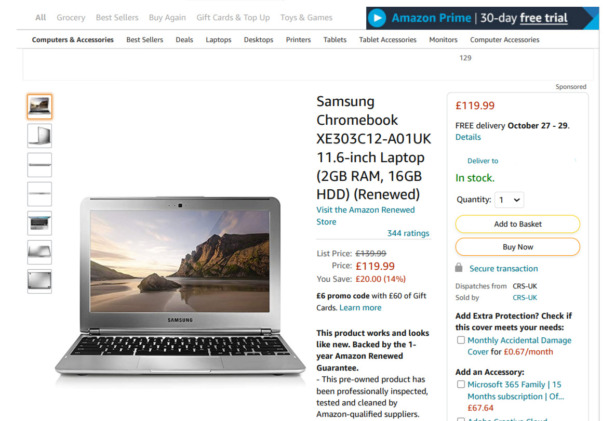 Not so. Upon checking its expiry date this laptop hasn’t received any security patches since July 2018, meaning its software is entirely unaware of three years of security patches.

It also means it won’t have the latest Chromebook features, including access to the Google Play Store for Android apps.

When we highlighted the product to Amazon, it told us that under the ‘Renewed’ programme terms and conditions, computers should have an ‘authentic’ operating system that has the ability to be updated. It said it would look into the products we sent to see if they violated these policies.

On eBay we found a couple of examples that were due to expire within a year. You wouldn’t know this from looking at the site, as it says ‘Certified – Refurbished’ with the promise of a one-year warranty. 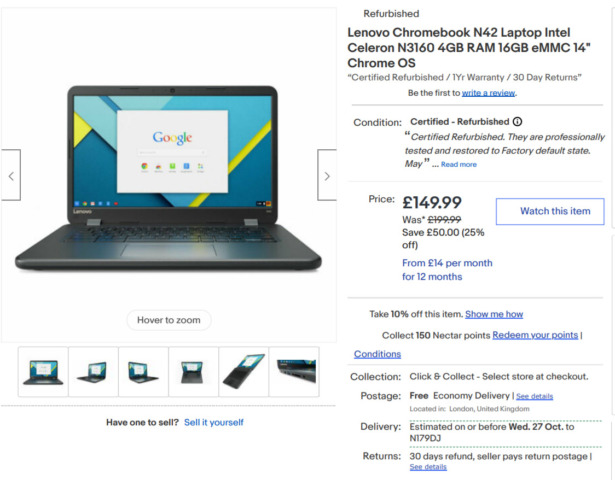 The Lenovo N42 and Asus C202SA – both in eBay’s Certified Refurbished programme – were due to stop receiving updates in June 2022.

When we contacted eBay about these Chromebooks, it reiterated that its Refurbished products came with a 12-month warranty and the eBay money-back guarantee. But it did not elaborate on whether software support would be included in the guarantee.

Need a new laptop? Don’t pay over the odds and find out which is the best model for your budget – see our expert laptop reviews. 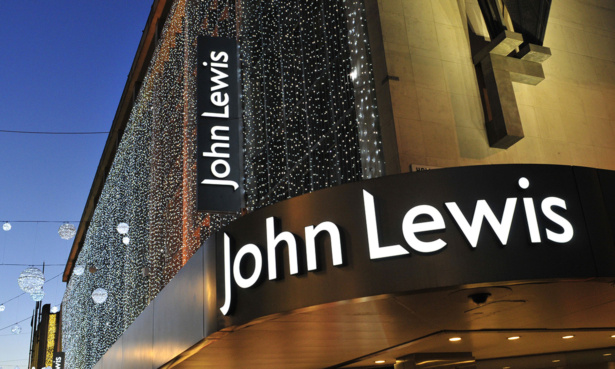 John Lewis was the only major high-street retailer to stock a ChromeOS device with less than two years left on the clock.

The Acer Chromebook Tab 10 is due to stop receiving updates in August 2023, but was available to buy when we checked in September 2021. This gives it just 23 months before it stops getting updates.

Since we checked, this model has sold out.

John Lewis told us: ‘We understand that information relating to security updates would be useful for our customers and we’re actively looking into adding these details to the product information on our website and in our shops’.

It added that since security updates did not affect the functioning of the laptop – a laptop that isn’t receiving updates will still work – this would not be covered under guarantee or warranty.

We scour the Black Friday deals so you won’t have to. See our expert pick of genuine deals on good laptops – we reveal the best Black Friday laptop deals.

AO, Argos and Currys all had Chromebooks that were due to expire within three years but, like the rest of the retailers included here, none displayed this information anywhere on the products’ webpages.

What now if you want to buy a Chromebook?

What might be most frustrating for buyers is that retailers do not display a Chromebook’s expiry date. This means you could buy a device expecting it to last for many years, but instead end up buying something that is technically obsolete.

It’s not all bad news though. The very fact that Google publishes this information at all means that Chromebooks are among the most transparent tech products available and other brands could follow Google’s lead in this regard.

We’ve researched other products in recent months and launched our own tools to help you check whether your device is still protected:

What if you already own a Chromebook?

All Chromebooks released since January 2020 should receive eight years of security updates from their launch date, meaning many of the newest models will get updates until 2028 or 2029.

With that said, it’s not plain sailing. In researching this piece, our experts found several listings where it was simply not clear whether the Chromebook being sold was an old model that was due to expire, or a new one that had many years left on the clock.

Google didn’t respond for our request for clarity on what happens when a Chromebook reaches its end of life, but its online support page has the following to say:

‘If you get a ‘Final software update’ notification, your device will stop receiving Chrome OS and browser updates. These updates include: Security updates, bug fixes and new features for Chromebooks.

In short, the further away you get from that last update date, the more problems you are likely to run into, as well as the significant issue of not being protected by the latest security updates.

Products that are still within their support period wouldn’t be deemed faulty so you wouldn’t be able to claim a refund under the Consumer Rights Act. Whether the same applies to products that are already out of support is open to interpretation and is an untested part of the Act.

If you’re looking to buy a product but you’re not sure if it’s supported, contact the retailer and then the manufacturer of the laptop to get an answer. If you’re buying second-hand, you could ask the seller to check for you – you can direct them to this Google help page that provides instructions on how to find out when your Chromebook will stop getting updates.