Not everyone is familiar with eating, buying or cooking game meat, but if you’re tempted to try something a bit different this year, it helps to know a bit of background to ensure a successful meal.

Game meat consumption is on the rise; UK specialist Wild and Game says it has seen orders of game hampers soar this year, up by 35% on the same period last year.

Even budget supermarket Aldi has got in on the action, selling a festive ‘Exquisite Game Box’ including partridge and pheasant for £29.99.

But it’s unfamiliar territory for many, so there are some things worth knowing before you buy.

We’ve rounded up expert insights on how to buy, cook and prepare game to help you cook up the best Christmas feast.

What is game meat? 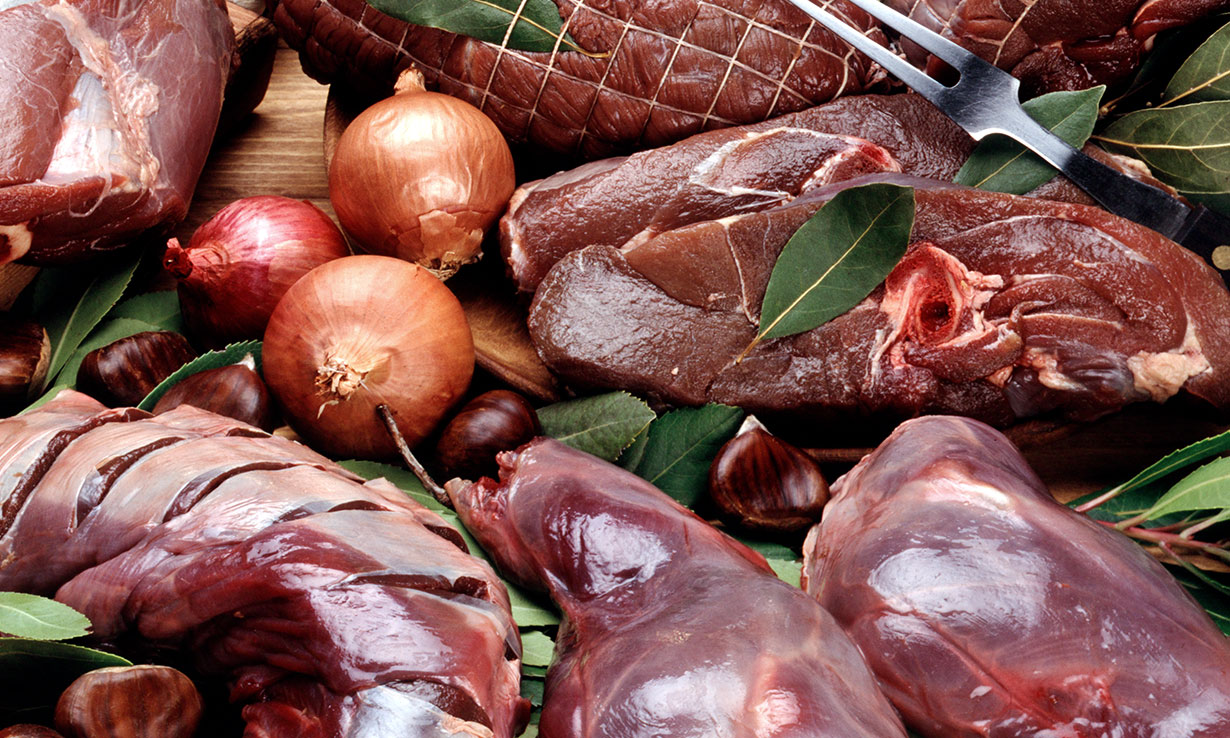 The Food Standards Agency (FSA) says that ‘wild birds’ are defined as those that are hunted for human consumption, but it also includes ‘a pheasant that has been reared under controlled conditions before being released into the wild to be hunted.’

In other words, ‘wild’ game can be farm-reared before being released into the wild.

Game meat traditionally has an intensely meaty flavour, which is largely due to its mixed, free-range diet of natural vegetation, insects, berries and grains.

Wild birds and animals also naturally exercise more than those in captivity, which results in lean muscle and a more densely textured meat – a common characteristic of game.

When is game in season? 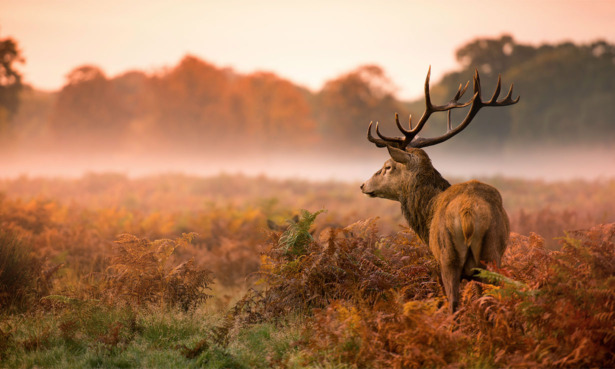 As a general rule, the game season is during the autumn and winter months, but some types of game – such as wild boar, rabbit, squirrel and pigeon – are available all year round.

The times when fresh game isn’t available is called the ‘closed season’ and this is when certain game species in certain locations can’t be shot, so that animal numbers can be kept up.

Outside of this time, it’s possible to buy frozen game meat, or you can buy it in season and freeze it yourself.

Where to buy game meat 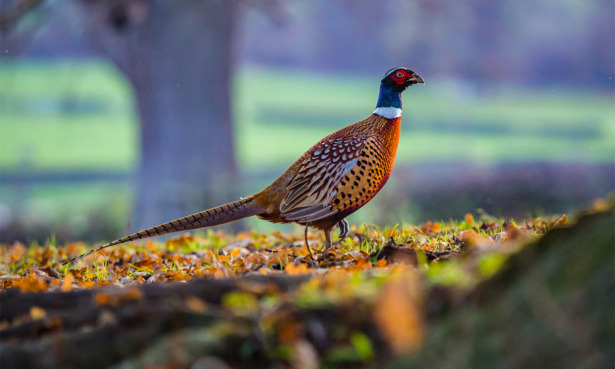 Most supermarkets, including Aldi, Morrisons, Sainsbury’s, Tesco and Waitrose, stock a range of wild game during the season. You can also find it on delivery services such as Ocado.

High street butchers and farmer’s markets often sell game from local estates, and your butcher should be able to tell you the provenance of produce that you buy.

How to prepare game

The world of game comes with its own peculiarities and specialist terms – for example, a ‘brace’ is a pair of birds – usually a male and female, which differ in flavour.

The preparation traditionally involved can seem daunting. This includes ‘hanging’ game (ageing or maturing the meat by hanging it from a hook), plucking feathers or removing skin and any lead shot before you cook it.

However, these days game can be bought in a range of ready-prepared cuts, including oven-ready birds, portioned breasts, venison fillets and even sausages – which means you don’t need to be an expert to give it a go.

Is game meat safe to eat? 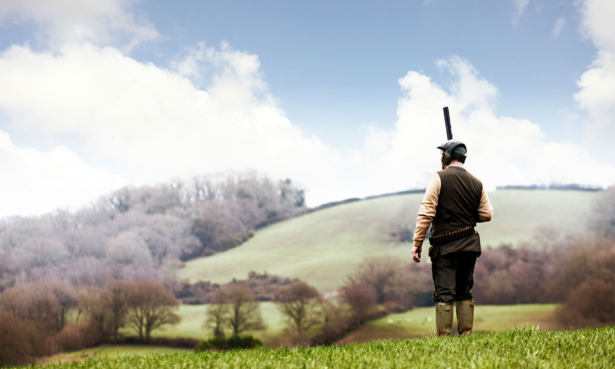 Game is traditionally shot with lead shot. Eating it on a frequent basis can therefore expose you to potentially harmful lead levels, although the occasional meal shouldn’t be an issue.

However, it’s especially important for vulnerable groups – such as toddlers and children, and pregnant women or those trying for a baby – to minimise their intake, because lead can harm the developing brain and nervous system.

The FSA says that large game (such as venison) sold in supermarkets tends to be either farmed or contains low levels of lead, which means you don’t have to worry as much about minimising intake. However, recent spot tests by some groups have found some high levels of lead in supermarket game.

If in doubt, ask when you buy, to establish how the product was shot. 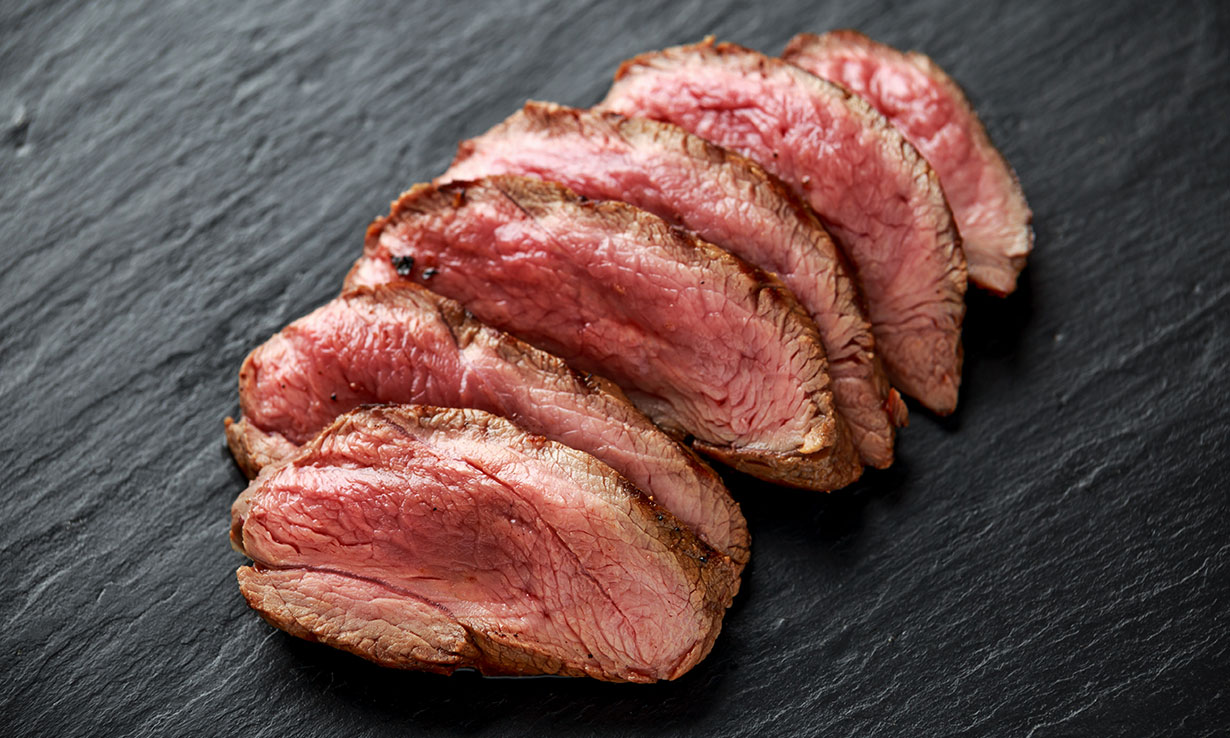 Don’t overcook it. Game has a reputation for being dry, largely because it doesn’t have much fatty tissue, which means overcooking can quickly dry it out. Make sure you baste the meat, or cover it when slow-cooking.

Tenderise with acidic marinades or raw fruits. Acidic marinades such as lemon juice, wine or wine vinegar help to tenderise meat, as do some fruits, including kiwi and pineapple. Mash raw fruit and spread over the meat, or mix with other marinade ingredients to coat before cooking. Don’t marinade for too long, otherwise the surface can become mushy. 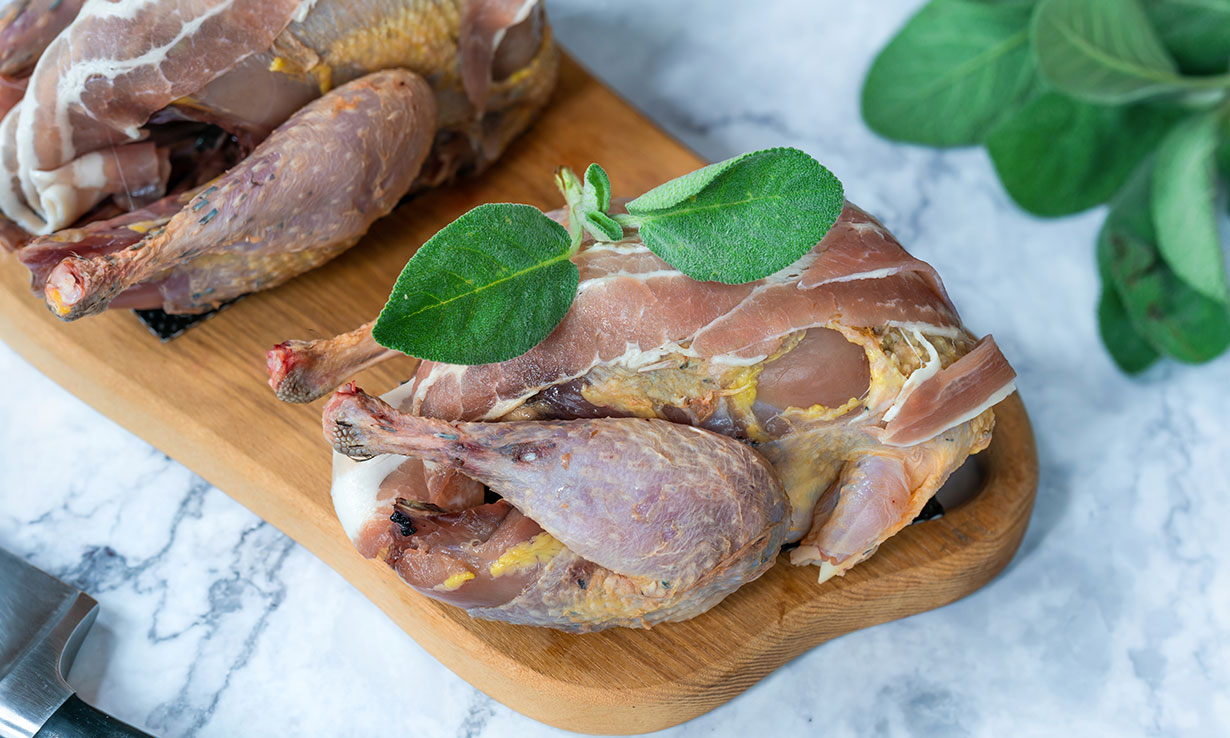 If you’re trying game for the first time, pick a recipe from one of the nation’s top chef’s to help you along. We’ve rounded up recipes from Delia, Jamie Oliver and Hugh Fearnley-Whittingstall as a starting point:

Game pie is a great way of using up leftovers, whatever game meat you happen to have. This game pie recipe from BBC Food suggests using mixed game meat, such as pheasant, partridge, hare and rabbit, as well as a venison steak, but a simpler selection will do too.

Matching food and wine: ace your festive drinks selection with our expert A-Z of food pairings 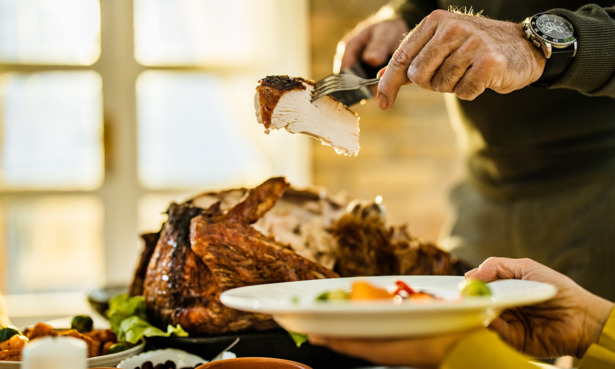 Dr Simon Steenson, nutrition scientist at the British Nutrition Foundation, says: ‘Game is generally a good source of protein, provides essential vitamins and minerals, such as iron, zinc, and B vitamins, and can be lower in fat and saturated fat than other types of meat.’

Game meat such as venison is also high in omega-3 essential fatty acids.

However, game birds can be slightly higher in fat and calories than conventional choices like turkey or chicken, although it depends on the bird.

Can you freeze game?

Wild game can be bought frozen and can also be frozen from fresh.

Ideally you should use a vacuum packer, so you can extract as much air as possible before freezing, to prevent freezer burn.

If you’re using ordinary freezer bags, it’s best to double-wrap your game meat and remove as much air as you can before sealing. If you’re freezing a bird with the feathers on, wrap it in newspaper first.

It can be frozen for up to nine months if it’s wrapped well. Always defrost game slowly at room temperature or in a fridge. 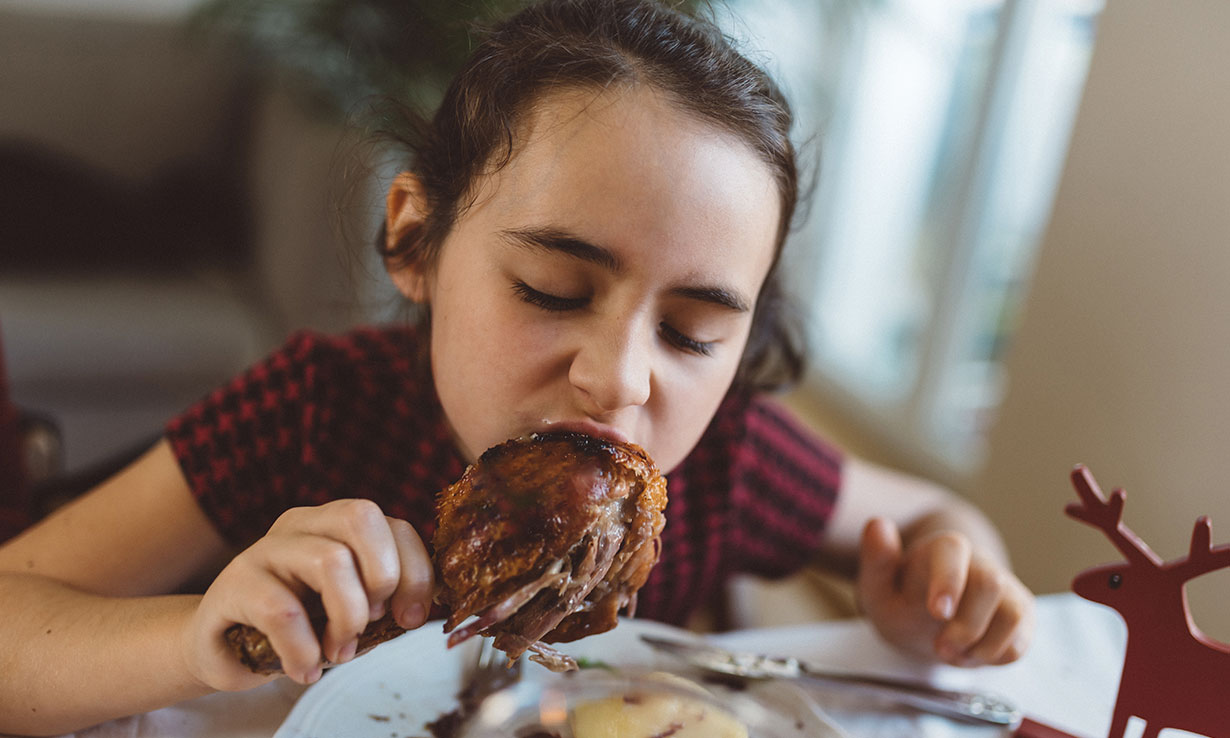 There’s an active debate between supporters and critics about the sustainability of game.

Annette Woolcock, head of wild food at the British Association for Shooting and Conservation, says the industry spends more than £250m on conservation each year and actively manages two million hectares for conservation to ensure that game is sustainable and healthy. This includes keeping deer numbers to manageable levels to help preserve the UK’s ancient woodlands, and preventing animals such as rabbits and pigeons from damaging crops.

However, critics point to the fact that many game birds shot in the wild have started off being reared – the Game Farmers’ Association says that 83% of shoots rely on hand-reared game released into the countryside to supplement wild stocks – and this could have sustainability implications.

Dr Tara Garnett of the Food Climate Research Network, based at the University of Oxford’s Environmental Change Network, says: ‘Many of the [sustainability] issues are exactly the same as they are for other farmed livestock’ (when talking about farm-reared wild game).

For example, pheasants are reared in pens and fattened up on soy and grains, and the rise in demand for venison means that there’s been a corresponding rise in farmed venison.

‘As ruminants, deer produce methane, in the same way that sheep and cattle do,’ says Dr Garnett. ‘Deer also prevent trees from growing because they eat them down, so there are biodiversity/landscape issues to consider, too.’

So, it’s not a simple win, but adopting a similar approach as you do with other meat is a sensible way forward.

Vegan Christmas alternatives – if you want to avoid meat, we’ve rounded up plant-based options from the big retailers to help you choose a suitable feast.